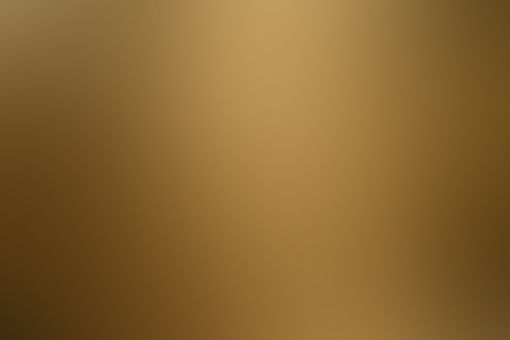 Hinata was cut off by Kageyama slamming their lips together forcefully.

Kageyama slips his hand up Hinata's shirt while moving down to kiss down Hinata's neck.

"Kag- Tobio are you sure we should do this?" Hinata asks. "Do you want to?" Kageyama says, "Y-yes" Hinata says not looking at Kageyama.

"Ok then we will" Kageyama says going back to what they were doing. Kageyama takes his shirt off and begins to give Hinata hickeys and suck and bite down his neck, making Hinata moan.

Kageyama takes Hinatas pants off him slowly causing Hinata to shiver at the sudden air hitting his body.

"W-wait" Hinata says not able to look at Kageyama. "What" Kageyama says looking down at the smaller boy.

"B-be careful I-ive never done anything li-like this" Hinata says still not able to look at the taller boy.

Kageyama puts the gingers chin between his fingers "look at me love" Kageyama says looking at his new found lover with a smirk.

Kageyama forces Hinata to look him in the eyes. "I'm gonna be as careful as I can just trust me" Kageyama attempting to calm Hinata as best as he can.

Kageyama begins to kiss down Hinata's body worshipping every part of him. Kageyama goes back up and kisses Hinata on the lips softly and pulls away pulling his pants down.

Kageyama grabs Hinata's boxers and looks at him for permission. Hinata nods.

Kageyama pulls Hinata boxers down and kisses his member. "Ah~h" Hinata moans. Kageyama smiles and stands back up.

Kageyama puts his fingers in front of Hinata's mouth "suck" Kageyama says as a demand.

Hinata takes Kageyamas fingers into his mouth and dose as the boy told him to. When Kageyama thinks their lubricated enough he takes them out.

"This is going to hurt at first are you sure you want to do this?" Kageyama asks looking down at Hinata.

"Y-yes I want to" Hinata says. And with that Kageyama puts his index finger in Hinatas tight hole. "Tobio!" Hinata says his face scrunching up Hinata grips Kageyama as tightly as he can.

"Fuck it hurts" Hinata says as he feels tears well up in his eyes. Kageyama kisses the tears away "I know Sho it will feel good in a minute" Kageyama says looking the smaller boy in the eyes.

Kageyama puts another finger in, he looks at Hinata to see if he is in too much pain.

Hinata wiggles a bit and nods ready for Kageyama to move his fingers again. Kageyama begins to thrust his fingers in and out the boy enjoying the little sounds he would make.

Kageyama adds another finger when he thinks Hinatas ready.

Kageyama adds his last finger and thrusts it in and out. Hinata grips Kageyamas shoulders. "T-tobio" Hinata moans. Kageyama takes out all his fingers when he thinks Hinata is ready for his cock.

Kageyama puts the tip in and Hinata squirms "M-more" he moans out. Kageyama slams it the rest of the way in. Hinata moans loudly.

Kageyama starts thrusting after a moment trusting at a painfully slow pase. "F-faster" Hinata moans out digging his nails into Kageyamas back.

Kageyama thrusts faster, giving Hinata what he wants. Hinata moans and tears well into his eyes. "F-fuck Tobio" he moans out.

This moment felt like heaven. Nothing else matters, nothing else exist right now all the two boys know is pleasure.

Kageyama starts to involuntary thrust deeper, harder and faster than before. Hinatas back arches "r-right there please" he moans out.

Kageyama smiles and continues to his that spot, he knows he just hit his prostate.

Hinata literally sees star, he feels so good. He shakes coming his orgasm hitting him like a bus with 15 buses inside.

Kageyama moans and thrust a couple more times, the feeling of Hinata tightening up made him feel so good.

Kageyama pulls out and holds Hinata up knowing that Hinata is weak. Hinata holds onto Kageyama for dear life. Hinata shakes still.

When Hinata comes down from his high. He let's go of Kageyama and breaths heavy he still feels weak but can stand.

Kageyama feels a wave of guilt hit him "i-im really sorry, oh no did you not want to do that, what do you need? Water? Food? Do you need anything please dont be mad at me" he says nervously.

"Kageyama!" Hinata shouts hoping Kageyama heard him that time. "You didn't do anything wrong, and I want some water" he says picking up his boxers.

Kageyama rushes to get the redhead some water, he grabs one if their bottles and hands it to him.

Hinata chugs it and finishes putting on his boxers. "Let's get dressed and talk about this on the way home" he says smiling at Kageyama. Kageyama nods and gets dressed.

The two boys walk to their homes until they get to the stop that the get separated at. Hinata kisses the taller boy lightly and walks away smiling.

The taller male blushes and continues his walk

Hope you liked it, sorry for the super slow update. And if i get to 85 followers by the end of the week mabey ill actually try to upload on a scedual 😌