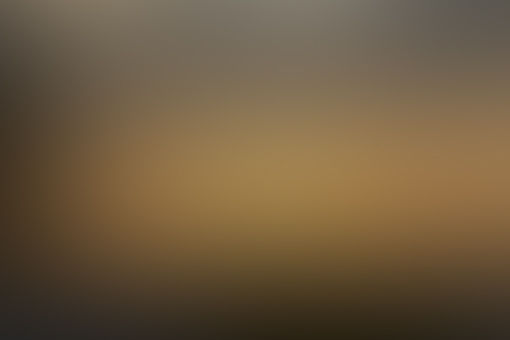 neverice Community member
Autoplay OFF   •   a year ago
Transcript Use Images
Chapter 2, Part 1. Enzo embarks on a life changing journey, Whether he wants to or not.
feelings fictionromancescifisci-filoss funniest fiction stories

-Some deeper than others-

Taking me away, somewhere no one knows about. Deep into the mountains near our village.

Eventually, after what felt like hours, my hood's finally removed, allowing me to gaze upon the expanse forest miles below us.

After an abrupt halt, my attention is jolted towards the unnaturally smooth rock face directly in front of us.

The driver reaches up, pressing the red button centered on the roof above the rear-view mirror. Fierce trembles shoot from the walls.

Soon after, a crack emerges from the bottom of the wall directly in front of the vehicle.

Quickly, the gap shoots all the way up the eery rock formation, splitting the apparent entrance into its respective parts.

Once large enough for the massive vehicle to clear, we make our way grumbling forward into what looks like an enormous cargo elevator.

Once the car finally halts, the lift shakes to life, and we begin our ascent towards the top of the endless chasm.

"We can explain it all to you one day."

Honestly, at this point, I don't care much about what these people have to say. Most of it is blocked out, or just doesn't seem to make its way into my head. All I can think about is that night.

The fire. Blue flames so bright it could outshine the sun. Racing thoughts keep me up at night, thinking about what happened.

I stare at the mark on my palm, an endless void of black, deeper than any black I've ever seen before. Thinking hard about it makes the mark burn. Burn. Burn. Fire.

I jerk my eyes open. The room around me is engulfed in flames. Maybe it's just a continuation of my bad dream. No...apparently not.

Surprisingly, even dousing the flames like this does nothing. Completely pointless. All it does is drench my clothes, and everything in my cramped cell. The fire will go out on its own anyway.

It shouldn't surprise me at this point anyway, being that I'm almost certainly the source of the blaze.

The fire recedes from around me, closing in on me, till it vanishes in a puff once reaching my feet.

The metal door to my cell clicks alive and crawls away from the opening.

"Unless you talk to someone, this isn't gonna get any better. Most kids react about the same as you, so I can't say I blame you. However, it's been almost a month since you got here.

You need to talk soon, or they'll make you talk."

Evie, the android-robot-whatever that takes care of my ward. She, it, really does have a point. Perhaps it's time I learn what's going on with me.

"The Doctor will be here shortly. Considering you set off your cell's extinguisher system for the twelfth time this week. I would recommend thinking about what I said."

The Doctor tells me that my situation is linked to what happened to me. Losing both my parents and my house going up in flames right in front of my eyes.

That last thing was my fault, whether I want to believe it or not. Also, due to some kind of radiation encompassing a large area around our town, I've been changed.

Or, more accurately, my genetic makeup has been altered. Doc mentioned that my trauma is what sparked the change so drastically.

The mark on my hand, apparently it manifests itself after the alteration is at a point of maturity.

The others like me experienced similar things to myself, although the things that happen around them are vastly different.

I haven't met many of the others since being here, but the girl across from me seems to have nightmares about drowning.

We made eye contact once while I was pacing around the tight confines of my cell. She looked as though she had been crying for a very long time, perhaps not stopping since her incident occurred.

I couldn't help myself but to stare. Her hair came down to her shoulders, it was shiny and flowed like water. Blue eyes, almost as blue as the ocean miles below the surface.

Just the other day, several of the lab assistants had to pry open her door, on account of her flooding the entire cell to the ceiling.

After the door blasted open, water viciously poured out till the room was eventually empty. The assistants, that didn't get washed away, picked up her hollow body, and took her away forever.

I'm not alone. At least not entirely.

"Are you ready? You're not coming back to this place again. I suggest you make your peace, Enzo."

I know Evie's not just talking about making sure I bring the things I need from the room with me. Indeed, Evie means that I should forget my past. Look towards the future.

How optimistic for a robot.

After our conversation, Evie took me to the Doctor, and he told me that I could choose one of two options.

Stay here and be experimented on. Forever a prisoner until the day I'm killed, by my own power, or by their lobotomy.

Go away, far away from here. To a school or academy, that people like me go to. A place that allows us to learn and understand what's really going on inside us.

When pressed about why they don't send everyone to this place, The Doctor became solemn.

Telling me that not everyone has the spirit to change, perhaps not everyone wants to accept who they really are.

A flash in my head, the blue-eyed girl. I guess she couldn't handle the stress. Unless I want to end up dead, or worse, I should learn from her.

My decision was obvious.

"Here. A present from The Doctor. It seems you made quite the impression on him. This is the first time I've seen him care about one of your kind this much..."

A watch. Rather unconvincing, but packed with technology. There was a note from The Doctor tapped to the front.

'Enzo, this is more than what it seems. Inside this watch is a copy of Evie. My most prized creation. One of a kind, just like you.'

Whatever he means by that is beyond me at this point. Surely it will be more critical in the future. Either way, I agreed to learn more about my situation.

That old grey fox of a man seemed adamant I go to someplace far from here to train. A place where more people just like me are held to master this seemingly cursed mark.