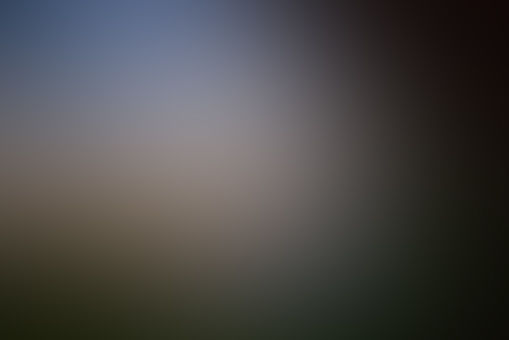 Music blared from the waterproof speaker in the shower, the lyrics nearly drowned out from how loudly (and badly) you were singing along to it. Not like you could resist.

When a certain song comes on, you lose all sense of volume, belting lyrics at the top of your lungs.

Atsumu is already in bed, trying to fall asleep because he has a 5am practice in the morning, but your late-night shenanigans are driving him up the wall.

Normally he wouldn't mind, but he has to be up at nearly 345 tomorrow to make it to practice on time. He shoves a spare pillow over his head, attempting to drown out the noise. But it's no use.

It seems the music and your singing is only getting louder the more he tries to muffle it. Roaring a groan into his pillow, he kicks the sheets off of his legs and stomps toward the bathroom.

Yanking the door open, he nearly severs it from the hinges in his haste.

Your music and singing is so loud, you don't even hear him approach until he's ripping back the shower curtain, nearly tearing it from the hooks and causing you to shriek in fright.

He reaches over to jab his finger onto the speaker, turning it off while you continue to pant harshly from the scare.

"Darlin', please," he growls, face rumpled and hair in disarray from his attempt at sleep. "I love ya, but if ya can't be quiet while I'm tryin ta sleep, I'll find a way ta make ya be quiet."

You glare at him in response, smirk forming on your lips. "Then make me," you challenge.

A wicked grin stretches his lips as he steps into the shower, still clothed in his compression boxers and gym shorts.

Despite the speed at which his hand shoots forward to wrap around your throat,

his touch is gentle; fingers carefully wrapping around your neck and squeezing just enough to make your eyes roll back.

He urges you to your knees, angling the spray of water away from your face.

"Since ya got sucha smart mouth t'night, 'm gonna make sure I put it ta good use." Pulling down his shorts and boxers, his half-hard cock hangs heavy between his thick thighs.

"Open up, bunny," he says, palming his length and slipping the tip past your parted lips.

You moan at the taste of him, the scent of his body wash from his earlier shower filling your nose. Your tongue pokes out of your mouth, running up the underside of his shaft.

Your hands come up to grip his thighs, blunt nails digging into the smooth flesh. His hand moves to brush the sopping wet hair from your brow, large palm coming to rest at the back of your head.

Enjoying the feel of him in your mouth, his weight sits heavily on your tongue.

It's much easier to take all of him like this, warm mouth fully engulfing him, hot breath fanning across his groin.

Your tongue flicks along the sensitive skin behind the head, pulling a sweet moan from Atsumu's lips.

All too soon, his cock is fully-erect, the sheer size of it stretching your jaw to its limit.

A dull ache forms at the joint, but you don't dare to stop, not with the gorgeous groans he's releasing just for you.

Your head bobs along his length with increasing speed, one of your hands wrapping around his length to jerk what you can't fit into your mouth.

Moaning around him sends vibrations along his cock and up his spine, his hand tightening in your hair at the feel.

You can feel the muscles of his thigh twitch beneath your other palm, his throaty groans spurring you on.

Whining around him and poking his leg, you look up at him with big doe eyes, silently begging him for more.

"Wan' me ta fuck yer face, huh, darlin'?" Nodding as best you can, he grunts in understanding.

Moving his hands to cup your plump cheeks, he thrusts himself fully into your mouth, his tip easily touching the back of your throat.

Gagging at the intrusion, you force yourself to take deep breaths through your nose as it brushes against the small tuft of hair above his pelvis.

His hips snap repeatedly against your lips, barely giving you enough time to blink away the tears that are pooling at your lash line. Your eyes cross as he pounds into you.

Tendrils of drool slip from your parted lips and down the tip of your tongue that's hanging limply from your mouth.

One of your hands moves to cup his balls, inching a finger further back to slide along the puckered rim of muscle.

It's a guilty pleasure for him; he loves the feel of your digit prodding at his entrance. It makes his cock pulse and twitch in your mouth.

You moan at his words, eyes slipping closed as he makes good on his promise to shut you up - desperate whines and sloppy gags the only sounds falling from your throat.

"Look at me," he commands harshly, and your eyes snap open, tears spilling down your cheeks from his rough pace.

His honeyed eyes take in your appearance: soaked hair tangled around his fingers, tears leaking freely from your eyes,

and the pretty sounds coming from your lips are enough to have his hips sputtering.

He pulls back, your lips releasing him with a soft pop as you pant and gasp for deeper breaths.

The taste of his own release is sharp, but he doesn't mind. How could he when you look so pretty like this?

You glare at him from your position on the floor of the porcelain tub, shaking your head no in defeat; your chest still rising and falling sharply as you huff.

"Tha's my good girl," he chuckles, patting your cheek, a dopey smile crossing his face.

Grabbing his now soaked clothes, he drapes them over the edge of the tub to dry overnight. Tossing you a wink, he leaves you under the still-running water, out of breath and throat sore.

You pant out a small laugh, moving to finish your shower, already plotting your revenge.

Well, I hope you like it hehe well bye!!