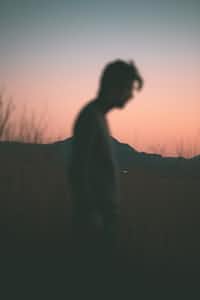 naive am the coz for my euphoria!
Autoplay OFF   •   3 months ago
Transcript Use Images
The reign of hybrid monster is an interesting story of a young boy turning into a hybrid monster and gaining lordship on portals

The reign of hybrid monster by syeda asra

It was a mid-summer vacation when Riki--a boy of the middle-high school whose only motto of life--was to act normal in every situation.

He was popular in school as he was good in his studies and especially for his looks; bright eyes, attractive face, silky black hairs, and tall height.

But no one knows the real story of that boy. Riki was the third child in the family of five, he has 2 elder siblings Bella and David, and a younger brother Travis.

His father died years ago, his only mother who runs a food truck used to adore Riki as her best child who never brings any complaints home, even Riki's mother doesn't know much about him.

He rarely speaks at home and sometimes acts strangely,

No one, not even a single person knows that Riki has the power to sneak into people's minds and he can even control the minds of people around him.

that mark remains only on his head and covered by hairs. Riki always sneaks into people's minds for reading their thoughts but he rarely uses his power of controlling the minds of peoples.

During his vacation, his mother noticed that his behavior is changing like,

he was skipping dinner meals and is always missing at night and he was spending lots of money without even asking for money from his mother and with no part-time jobs,

To be continued... well, you can read it on kindle by searching "the reign of hybrid monster".