Commaful
The Boy in the Basement (WIP) 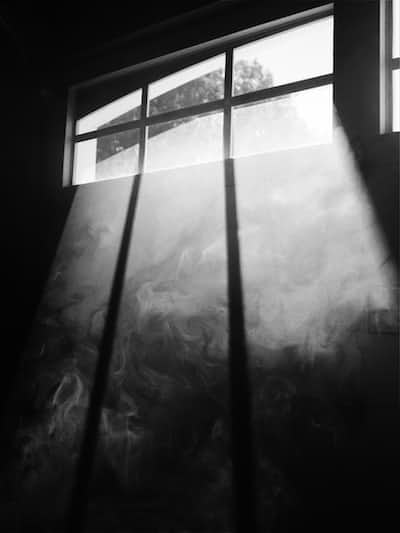 murcielago4 Obsessive Bleach and TMNT fangirl
Autoplay OFF   •   4 years ago
Transcript Use Images
Cyrene is surprised when she finds that the person playing her guitar in the middle of the night is no regular human being—he's a ghost—or so he claims. This handsome ghost, Hayden, has an amazing affinity for playing the instrument and vows to teach her how to play the guitar by night. But the more Cyrene learns about Hayden, the more she realizes that his otherworldly allure may not come from him being a friendly ghost . . . far from it, actually.
fiction luciferunfinisheddark-angeldemonsmusicinstrumenthandsomehelldarkghosts

The Boy in the Basement (WIP)

"Cyrene," my dad called. I quickly shut my computer and pulled out my earbuds. "Come downstairs. Look what finally arrived!"

I hurried down the stairs, my shoulders sagging. I didn't have to guess what was inside the enormous package my dad was leaning on. I've only been hearing about it for months.

"Come on," he gestured toward the box, "help me bring this to the basement. We'll put it next to Sarah's keyboard. Then you two can spend all your vacation jamming on your new instruments!"

I closed my eyes. "Yipee." If there was one thing on my summer vacation to-do list that I was not hyped for, it was learning how to play the guitar.

I already knew how to play the violin; what was the point of learning to play another instrument?

"Aw, don't look so glum," my dad reassured me as I helped him heave the massive box down the carpeted stairs to the basement. "Didn't you say learning the guitar would be easy?"

"Yeah, because I already know how to read treble clef notes," I said. "But the guitar is a different instrument. For example, it has six strings instead of four and two E strings, to boot."

My dad—who knew nothing about music—shrugged it off. "That doesn't sounds too hard!" We neared the end of the staircase. He carefully lifted the pale white acoustic guitar out of the box.

I gave the instrument a once-over, noting the shiny body and the smooth fingerboard. Not bad.

My dad set it on the included stand and gave the strings a strum. It was a pretty sound. "In no time, I bet you and your sister can start a band!" He laughed. "Your mom can sing the vocals!"

I laughed halfheartedly along with him. "Yeah, yeah." I walked, cautious, toward the guitar, as if it would suddenly leap from its perch and attack me. It didn't, and I grabbed it by the neck.

I led my fingers across the strings and pressed my violin-worn fingers into the fingerboard. I sat on the floor, trying to adjust the large instrument comfortably on my lap.

My dad noticed my struggle. "Here," he said, pulling out a black guitar strap from the box and hooked it onto the instrument.

I let the strap hang loose on my shoulders and tried to hold the guitar the same way I had seen rockstars onstage do. I tightened my grip on the neck and drove my hand down hard on the strings.

A charming sound echoed from the guitar, and I nodded. "I think I could get used to this." Maybe. If learning how to play the instrument didn't cut into my Voltron or Bleach-watching time.

"Good," grinned my dad. "Because you'll be practicing for two hours every day."

"Well, when you put it that way . . ." My dad wasn't around for most of the day anyway; he really wouldn't know how long I'd practiced, would he? "Yeah, I guess you're right." I'm a good liar.

"Good." My dad grinned in satisfaction. "Now that that's settled, I'll be upstairs. That way, you can have some peace while you practice."

I saluted him, as he ambled up the stairs. "Yes, sir." The second I heard his feet reach the landing and begin pacing toward the next flight of stairs, I promptly turned on the GoogleTV.

I settled down onto the rug in front of the basement TV and got comfortable, the guitar long forgotten. It was high time I finished watching Voltron Force.

The following night, after my mom came home, I snuck carefully down the wooden stairs from my bedroom. A seasoned sneak, I knew which steps caused the most creaks and avoided them.

If anyone asked, I was only heading to the kitchen for some water. I was actually on a mission to retrieve my phone, which was charging on a side table by the couch.

My mom never let us keep our phones in our rooms, fearful that we wouldn't get any sleep because we'd be using them all night. With my self-control, that was probably for the best.

Unlike my sister, Sarah, whose main concern around her phone revolved around keeping up her Snapchat streaks, my main mission was to maintain my PvP ranking in Bleach: Brave Souls.

I settled onto the couch as I saw the familiar opening screen of the game light up. As the game loaded, I tiptoed toward the kitchen to find some grub.

I creaked open the oven door—my mom always kept the good stuff there so my dad wouldn't find it during his midnight snacking—and grabbed a dinner roll.

The oven clock blinked 3:05 AM. Well, my sister and I did spend all night watching Teenage Mutant Ninja Turtles.

I stuffed the roll into my mouth. Like everything my mom made, it was a bit on the floury side, but it tasted good enough.

As I sauntered back to my phone, a sound made me pause in my steps. It was . . . guitar strumming?

Immediately on edge, I tilted my head toward where the sound was coming from.

"Calm down, Cyrene, calm down," I told myself, even as I felt the hair on my arms tingle. Perhaps it was just my dad watching TV in the basement—he came home late and that wasn't abnormal.

I thought back to the time I had seen on the clock. 3:05 AM. "There's no way Dad would still be downstairs so late."

I gulped. And that guitar strumming . . . there was a guitar in a basement, wasn't there?

I quickly ran toward my phone, clutching it to my chest as I flipped on the flashlight function. My instincts told me to go to the basement. My sanity, of course, questioned my instincts.

I tiptoed quietly toward the doorless entryway to the stairs that led to the basement and flicked on the lights that illuminated the carpeted staircase.

The sound was louder here. It was definitely coming from the basement.

My heart pounded loudly in my chest. I carefully lowered one foot nimbly on the left side of the first step. From experience, I knew that the left side always made less noise—at least, I think.

As I put my weight on the first step, an unbecoming creak echoed from the apparatus. I smacked myself on the head. "Damn it! Right side, Cyrene! The right side makes less noise! Not left!"

Surprisingly, whoever was playing the music down below seemed to completely not hear, or ignore, the loud creaking of the stairs—and my yelling.

Gulping, I unabashedly cowered on the stairs, taking it one step at a time, making sure to put my weight on the right side of each tread.

As I neared the bottom of the staircase, I lifted myself from my crouched position behind the railing to peek at whoever the aspiring musician playing my guitar might be.

Playing "Eruption" by Van Halen on my guitar was a . . . male teenager?

I gulped, noting that the boy was a very pretty, very talented, male teenager. His hair was a color I had never seen before—snow white, like an angel.

He strummed the strings with an air of ease and comfort, as if this song, rated one of the hardest to play on the guitar, was a mere cakewalk.

I squinted closely at his skilled fingers, noticing something odd. My heart dropped down to my bare feet.

If I concentrated enough, I could see through the boy's fingers—literally see through them. It was as if they weren't a corporeal object, but instead beckoned to the spirit world.

He was a ghost.

He must have been, for the longer my eyes raked his body, the more of the leather piano seat he was sitting on was visible; I could see right through him.

I stared at him for such a long time, trying to make sense of it all, I hardly noticed that his fingers had stopped moving and that the music had stopped.

I felt my breath hitch and my toes curl in on themselves as the ghost boy's gaze turned from the fingerboard of the guitar . . . to me.

A smile erupted on his face. "Hey there." He gestured toward the guitar. "Is this yours?"

I didn't trust myself to speak, so I nodded meekly.

The ghost boy ran his hand along the neck of the instrument. "It's nice. You must've paid a fortune for it."

I shook my head quickly. "No, no, my dad would never pay that much for a guitar." Maybe for an expensive new car for himself, yeah.

"Let me guess, he spends all his money on cars, then?" the boy asked. He sighed. "I still don't understand why people of this world would rather spend money on something so trivial."

People of this world? "I take it you're not a part of this world, then?" It looked like my suspicions were correct.

He waved his translucent fingers in the air, good-naturedly. "What gave it away?"