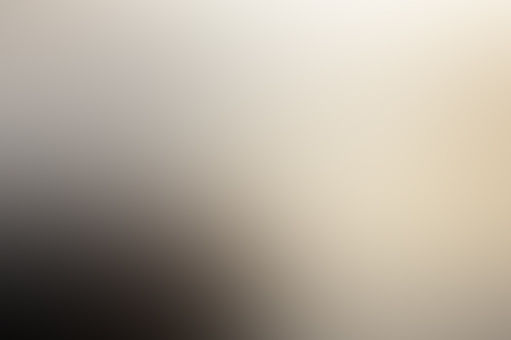 mochiboo2 Looking for constructive criticism
Autoplay OFF   •   8 months ago
Transcript Use Images
The office was sterile with the scent of hand sanitizer. Charlie hated the smell of it. He was in the office of his new therapist, his old one... Well lets just say he'll be needing therapy of his own after what Charlie put him through. Charlie never actually means to have sudden outbursts of rage and insanity but he just can't help it.
thoughts charlie in therapythat crazy son of a b*tchwatch out jorgealters

The office was sterile with the scent of hand sanitizer. Charlie hated the smell of it. He was in the office of his new therapist, his old one...

Well lets just say he'll be needing therapy of his own after what Charlie put him through. Charlie never actually means to have sudden outbursts of rage and insanity but he just can't help it.

The other alters were getting annoyed at the countless bodies hidden in the garden of their holiday home, so, naturally they decided to hire some random stranger to deal with it.

That is where the therapist comes in. "Hello there Charlie". A small man says to the alter as he closes the door behind him.

The man is dressed in something you would see a principal wear, which frankly annoyed Charlie even more, considering he was OBSESSED over 1970s fashion. "Hiya there doc.

" Charlie replied obnoxiously. "You do not have to worry about anything because you are safe." The therapist stated. Charlie stopped at those words and froze. 'You are safe'...

Charlie considered those words carefully. 'Safe'? He thought. 'Am I safe when Jorge possesses me?' Charlie thought to himself. "Yes, I know." Charlie lied. "Good, you may call me Fred.

" Fred said. Charlie nodded. "So, what seems to bring you here?" Fred asked. "Well, my friends and family thought it would be fine and dandy if they sent me to a stranger for my past problems.

" Charlie said annoyingly. "I see, what do you mean by past problems?" Fred questioned the taller man. Charlie thought. Charlie tried to remember the first problem.

His parents fighting, he and his brother scared in the corner as they watched their parents almost kill each other, then Charlie grabbed a small silver pistol.

Bang! "Oh I don't really remember..." Charlie said quietly. "Hmm." The therapist hummed as he wrote something down on a small paper. "Ok, so, how many?" Fred asked.

It happened when me and my brother were kids." Charlie replied. "I see, and what weapon was the murder weapon?" He added. "A pistol." Charlie said as a single tear rolled down his cheek.

"What was the pistol's color?" Fred asked. "Silver." Charlie said as he hung his head down and went quiet. "Charlie, I know what happened, and I know what you did." Fred said to Charlie.

Charlie shot his head up and locked eyes with Fred. "Oh, fun. Yet another therapist finds out my startling little secret.

So, what now? You gonna try and lock me up in the crazy house? Send me away to 'get help'? What about try and tell others? Your just like all the others.

You don't actually CARE about what happened to me and why I did what I did. You just want a pay check. Charlie said. Charlie's unsettling grin widened as he sat up.

Charlie couldn't control himself. He couldn't stop what was happening. He knew what was gonna happen but he couldn't stop. Charlie pulled his silk shirt up a bit to reveal a gun carrier.

He isn't Charlie anymore. Then the trigger of the small silver pistol was pulled. Charlie woke up in his bed, the next day. Charlie wasn't confused though, this wasn't new.

He should shave warned Fred about Jorge. Charlie sat up and opened the top drawer of his nightstand and grabbed his old clown mask. The last time he wore it was when he murdered his best friend.

Charlie put it on. There was something special about the mask, whenever he wore it, Jorge couldn't possess him but at a cost.

Everytime he wore the mask it would crack a little; and he is afraid that is it will crack too much it will break.

It wasn't designed to break ever, but the magic it was made by was made by Nameless when she wasn't... Well evil. But Nameless isn't the alter she used to be.

She used to be the protective alter, she had magic running through her bones that would protect our host at all costs. But...

Then one day she made a spell that summoned something that would change her forever. She made Jorge the way he is too. Same for Midnight. She made them evil.

The alters don't EXACTLY know what she did but she changed them. Charlie wishes things could go back to normal. He wants to be the person he used to be, the person in the past.

The actual news reporter that gave REAL news, the man whose brother didn't know what he did to their parents. The person in the mirror. Charlie sniffed.

He had been sitting there, on the side of his bead crying. His clown mask had caught most of the tears. He lifted up part of his silk shirt to retrieve his pistol.

The host knew, and they were scared.