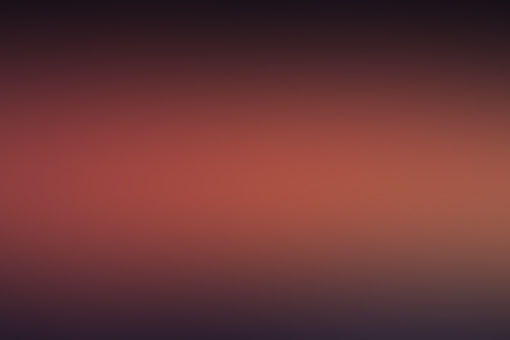 mochiboo2 Looking for constructive criticism
Autoplay OFF   •   8 months ago
Transcript Use Images
"Hello, I am Nameless and this is the story of a cheesy love between two alters named Midnight and Anxiety. Now, I must be quick about narrating this because Anxiety will be back from the store soon and I'm using his computer for this.
funny not really romance4th wall broken kindafunnynameless is an annoying fangirlthis ship doesnt actually exist no anxiety x midnight pls

"Hello, I am Nameless and this is the story of a cheesy love between two alters named Midnight and Anxiety.

Now, I must be quick about narrating this because Anxiety will be back from the store soon and I'm using his computer for this.

Anyway, it all started when this house of losers became kinda boring. I wasn't alive yet and the only alters were Jorge, Sammy, adult Ruby, Charley and Charlie.

The air was cool and the trees were orange outside. The only noise was the sound of Jorge humming a dark tune to himself as he buttoned up his red plaid shirt.

A faint knock on the front door was heard by Jorge. "Who the hell is that now?" He muttered to himself as he opened the door. A small framed woman without color was standing on the porch.

She was dazed and confused. "Oh not another one. Dammit." Jorge cursed as he gestured for the woman to come inside. She had black bangs covering most of her face and a black mist following her.

"Get down here we have another alter joining us!" Jorge shouted upstairs. The small woman didn't move a muscle when Jorge shouted, which was honestly impressive as hell.

The other alters crowded around the woman. "Who are you?" Jorge asked. "I do not know." The woman answered. "Where am I?" She added. "You are currently at the alter house." Jorge replied.

Jorge then stepped forward to the woman and placed his finger tips on hers. "Hmm, you seem to be a depressive alter, and you have the ability to corrupt a being's mind and feelings with sadness.

Your name? Your name is Midnight." He stated. "How did You?..." Midnight started to say. "That does not matter right now. What does matter is getting your room properly sorted out.

" Jorge interrupted. He lead the new alter to the main staircase and to the second floor. "This house is massive." Midnight said.

"This is just our holiday house, we can only stay for the holidays or the landowner won't let us stay at all. Our permanent home is in southern California, but it is much smaller than this.

" Jorge states blankly. The alters all walk to a door with a light colored wood. "This seems to be your room, I haven't seen it before so it must be new." Jorge told them.

"New?" Midnight questioned? "Yes. Whenever there is a new alter, their room shows up, along with some sentimental items." Jorge replies.

"So, you can get settled into your room and when your ready we can formally introduce you to all of the alters." Jorge told Midnight. "Wait.

What is that door?" Midnight asked as she pointed to a multicolored door forming on the right side of the hall. "I don't know. It wasn't there a minute ago." Jorge contemplated. "Oh f*ck.

Two in one night?" Jorge mumbled as he realized what was happening. "Looks like your not going to be the only new alter tonight." Jorge said as he rushed downstairs to the front door.

He opened the door to reveal... An empty porch. "What?" Jorge muttered as he closed the front door.

Just then a loud thud boomed through the walls from a small supply closet near the side of the stairs. Jorge darted over to it and opened.

A thin man dressed in a light grey long sleeved shirt came tumbling out of the closet with a thump. The new man fell out and fell onto the hardwood floor. "What?!" He exclaimed.

He was covered in mops and cleaning supplies. The skinny man jumped to his feet. "Where am I?!" He asked. He was obviously confused and scared as all hell.

"I've never seen an alter come from the supply closet before. Do not worry though. You are safe new guy!" Jorge attempted to reassure.

"What?! Huh?! Where?! Why?!" The small man was spitting out nonsense. "Calm down." Midnight said calmly. The new guy looked at Midnight and almost immediately stopped freaking out. "Good.

Now who are you?" She questioned the man. "I... I don't know." He replied. Jorge took a small step forward and slowly placed his finger tips to the man's.

"No powers, except causing anxiety for others. Anxious alter. Your name is... Anxiety." Jorge said as he glanced towards Midnight. "Well, this is certainly new." Jorge stated to Anxiety.

Anxiety didn't listen to what Jorge said though, he just kept staring at Midnight. Anxiety slowly took a few steps toward Midnight. "Hi." He said to her. "Hello." She simply said back.

He moved his right hand up to her cheek and cupped it in his hand. He then moved closer so they were only inches apart. Then he moved in even closer, looking deeply into her eyes and.....

" Nameless stopped the narrating as she heard the door behind her creek open.

"Nameless?! What the hell are you doing on my computer?

You better not be writing about me and Midnight again! I told you we're just friends!" Anxiety shouted at Nameless as she quickly closed the computer and teleported out of the room. "Dammit.

" Anxiety muttered. "This is the eighth time this month..." He added. "How does she keep getting past my password if I change it every week?" He mumbled.

Oh well, there isn't much he can do about it. She will just keep doing it again and again. He opened the computer to the page and read the title; it read Anxiety and Midnight fan fiction #43.

"Ugh another one." He said. "When will she stop?" Anxiety said. He knew the answer though, she would most likely never stop.

She will probably go down with this 'ship' and never stop bugging him about it. Typical Nameless.

Anxiety went to the top of the screen and clicked the trash button for what seemed like the thousandth time to him. "I have to stop leaving my door unlocked.

" He said out loud as he turned off the computer. "Next time."