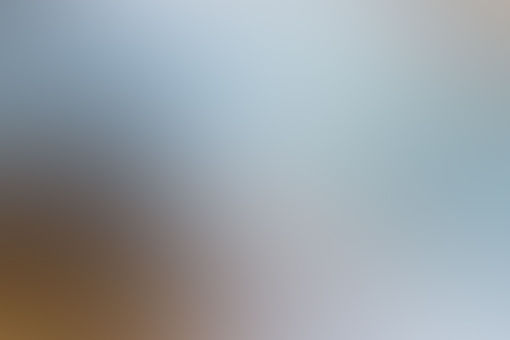 mocha Three sugars, please.
Autoplay OFF   •   3 years ago
Transcript Use Images
If a picture is worth one-thousand words, then ...
fiction sculpturewifeloveobsessioncreepy most romantic creepy stories

There are two things I adore in this world: my work, and my darling wife.

The two of us lived in a comfortable little cottage out in the country, away from the buzz of the big city.

Perhaps it's not the most convenient stretch of the woods to be stuck in, but it's quaint, quiet, and my wife loves it.

On paper, I'm considered a carpenter.

Sure, I do the odd job here and there, but it's not my true passion.

Working with wood and steel, I've learned over the years that I have a knack for sculpting, carving a lifeless block of wood into something that even a God could appreciate.

I have captured the essence of the human form, capable of duplicating the sleek, slender physique of our kind from something as dull, as malleable as wood.

My wife calls it alchemy; I believe it is so much more than that.

Yet, the last week has provided me with the experience, the knowledge to understand that my power, my talent, should be feared.

You should fear it, for even I cannot shake the cold sweat of terror from my brow.

What I possess is as much a gift as it is a curse.

That one Sunday afternoon, inspiration struck me.

I was completely oblivious before to the sheer genius that was my newfound project.

My dear, loving wife's beauty was unmatched throughout the whole country, nay, the world!

What if I were to capture that beauty in a wooden replica?

That one instance, that singular moment turned my previous antics into meaningless drivel.

Now, I was going to challenge God himself, and create something more beautiful than anything he could ever fathom creating.

It was a cakewalk; all I had to do was put in the hours.

I knew my wife like the back of my hand; each centimetre of her eyelashes, the slight curve of her cheekbones, the exact pigment of those beautiful blue eyes, shimmering, glistening...

I did not let a single minute go to waste, day and night, until she was complete. A perfect, life-size replica of my doting, dear wife.

The moment I finished dusting her cheeks, to emulate that divine rosy glow, my eyes met hers. In that instance, I froze; it was as if I was staring into the eyes of my wife.

I knew then, that she was more than a masterpiece.

I did the impossible; I captured an angel and brought it into our heathen realm, one splinter of wood at a time.

I was over the moon and giddy with the notion of displaying this marvel to her.

To some lesser couples, perhaps a mere oil painting with a vague resemblance to a human being would be enough.

Our standards aren't so disgustingly lax.

... And yet, the most bizarre thing happened when I showed my wife the product of my hard work.

She didn't seem happy about it, oddly enough. Her balance began to waver from just looking at her, her faux-friend, sitting there happily in her chair.

After a few minutes, she turned to me with a fierce scowl on her face.

I had never seen her so angry before.

She demanded that I either lock the "blasted thing" away or dispose of it entirely.

I couldn't understand where this uncalled-for enmity was surfacing from.

Was she dissatisfied with the quality?

Looking back on the replica, I suppose it wasn't as perfect as I first made it out to be; her left eyebrow was ever so slightly out-of-place, and I made an utter mess out of one of her molars.

What was I even thinking?

This was an insult to my wife. Something like this, that pales in comparison to her warmth, her irresistible form, had no place standing before her.

I was not about to dispose of it entirely, since I could easily fix these issues with time and patience.

So, I stuffed the replica into a wardrobe in the basement; I would return to mend it later.

That was the plan. The week passed by, but the thought of those imperfections festered within me.

I could have done so much better.

I can do so much better. I am an artisan. I was blessed with these talents for a reason, and so I must climb higher.

It is my duty, as one capable of challenging God and his work.

I will see my dreams realised.

My wife's beauty shall be immortalised, by my hands.

There is no stronger force on this planet, than my drive, my undying devotion to seeing my wife's beauty captured and displayed for all to see.

However many times it will take, no matter how badly my hands will blister, she will be perfected, for she is perfect, and deserves perfection. Anything less would be sacrilege, blasphemy!

My hands are trembling. I must fix the errors I made. I will not shame my darling wife again.

This time, I know she will come to love what I am willing to do for her.

She was in the presence of a pretender before. I am not that man now.

I won't waste any more time. I'll open the wardrobe up now and carry on from where I left off.

I know what needs to be done. I'll start by remedying the sins I carved into that mockery of a face, now...