Commaful
The Snow Child Part I. By Rayburn Sonier-McDonald 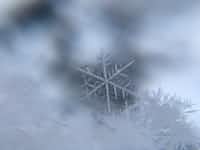 mmaray I am a Canadian writer. I like art..
Autoplay OFF   •   5 months ago
Transcript Use Images
This is the first of 3 parts of my story: The Snow Child.

It is a story of the ghostly hauntings of Macarthy, how an unlikely hero saves the day.

Also, a lesson on how past hurts never heal on their own.
fiction snow

The Snow Child Part I. By Rayburn Sonier-McDonald

Chapter 1 This is an old tale that happened far away from here. You've probably never heard of it before, so listen carefully...

The story begins on a cold day. However, in Macarthy, everyday was a cold day. That's just the way things were. Amongst the residents of Macarthy was a named Paul, who was cold and unkind.

The people of Macarthy were used to him all the same. At night the wolves would howl. Their echoes could be heard from the mountains. No one ever went to the mountains, at least not anymore.

***It wasn't always that way, though. Once, Macarthy wasn't a town, but a beautiful landscape of nature with sunny days always present.

Alas, it was discovered by accident by two brothers while they were hiking. They were attacked by wolves and the younger of the two was badly hurt. So much the situation seemed hopeless.

That is until the natives of Macarthy discovered them and offered tobprovide hospitality.

Those two brothers, Arthur and Samson Winston would then be regarded as the people who 'discovered' Macarthy.

While the natives healed his younger brother, Arthur would visit the mountains often. Something about the place made him feel at home. He had a lovely wife and two sons. They were were his life.

Then one day, while walking amidst the mountains, Arthur tripped on a rock and broke his nose. He got up holding his bleeding nose to see what he had tripped on.

(There were many rocks on the mountain, but he'd never ttipped on any of them before). The rock he saw was shiny.

From that day on, everything changed.

Arthur ran back to his brother, to show him what he'd foundm Samson looked at the shiny rock. It sparkled in the sun.

However the chief told him to put the rock back where he had found it. Arthur told the cheif he would make a trade. He offered the chief a bottle of whiskey, who proceeded to drink it.

Long story short, a trade was made. Soon after, the two brothers thanked the natives for the stay, and left. Later the brothers would come back with a lot more people and a lot more whiskey.

A trade was made.

Many, many people came to Macarthy, for the fortune that lay in the mountains. Soon the natives disappeared for reasons unknown.

The few that were left warned Arthur about a curse, said their goodbyes and left. They were never heard from again.

Arthur didn't listen though. Afterall, he was now the mayor of a city with a massive gold deposit within it's ground. However, where there's glitter, there's greed.

And Arthur was already descending into a type of madness that would only get worse.

For example, during a horrific mining accident where Samson, his younger brother, died in...Arthur denied anyone the day off. After that, every day seemed like a cold day in Macarthy.

It only got worse. The curse that was warned about began to form. Wolves increased in number and became more violent. The mines ran dry. Most people left, leaving Arthur with a town in decay.

On top of all of that, Arthur's wife died. Not from sickness, you see, nor from the wolves either. She died from a broken heart.

Seeing the good man she loved so much, get lost to darkness tore her apart. It was said Arthur went to river by the mountains and broke down crying for days.

He threw the same shiny rock he had tripped on, deep into the river. Then he opened up a bottle of whiskey and drank.

He never wanted the town, the hold or anything that came with of this new place. All he wanted was to save his beloves brother. Now he had nothing. He seemed to forget all about his two sons.

It wasn't his fault. None of it was. It was just a stupid curse.

***That was a long time ago. Since then not much happened in the small town of Macarthy. Same old, same old. The people there were used to it. Leadership changed once in a while, sometimes more travellers would come by and business was good, but eventually things presumed to normal.

That is until one day everything changed.

Chapter 2 Paul Maverick trudged through the snow-filled streets of Macarthy. It was always a cold day in Macarthy. Inside and outside, Paul was still always cold.

"Good morning lad! Fine morning isn't it?" An older man would shout at Paul from the front of a porch. Paul didn't even glance at the man. He simply trudged along through the snow.

His hands were deep in his pockets, eyes on the ground, no smile. Paul didn't smile. He turned left, heading towards the Macarthy bar at the end of the street. Paul didn't drink, he just simply wanted to get out of the house. The house he lived in, was empty inside.

"Hi Paul!" said a young lady. She ran up next to Paul. This pretty, lively young lady happened to be Leslie, who was in love with him. Paul ignored her and kept trudging along, a little faster now. He was almost at the bar.

Leslie thought he was just playing hard to get. She knew how to play that game. She ran ahead off him and bent over just a little. "Hey Paul, what do you think about my new dress?" Leslie sang, batting her eyelashes. She held up a part of her green dress, just enough so it didn't touch the snow.

The young man simply walked past her, as if nothing were there. Paul did manage to sneak a glance. She was indeed beautiful. Desperate, Leslie ran right up to Paul, before he could enter the bar. "Paul how come you won't talk to me? Can't you see that I'm in love with you?"

For the first time that day, he stared into someone else's eyes. He looked down at the ground, then at her, "Leave me alone." Paul went inside the bar, leaving the youbg lady outside in the cold. It was starting to get dark. She stood there for a bit, then ran home crying.

"A bottle of whiskey to warm the spirits?" the bartender asked. Paul walked passed him and went to a table, the one furthest from the fireplace. He was alone at last.

Just then, another young man entered the bar. As a matter of fact, he ran in. His face was pale and he could hardly breathe. "By golly, happened to you?!" the bartender asked. "You won't believe what I saw," the panting young man said.

"What did you see?" A couple of other people asked. Everyone gathered around the man to find out what happened. Except Paul, he stayed sitting where he was. "I saw a ghost".

The bartender pulled out a botyle of whiskey. It was an awfully big one. He was used to this sort of thing. "A ghost! Are you sure? How drunk were you?" An old man asked. A few others laughed. "But sir, I wasn't drunk! I was completely sober! I was just finishing up Mr. Lackwood's wood splitting when this happened to me." Everyone quieted down.

"So here I am splitting firewood at the back of Mr.Lackwood's homestead...when all of a sudden, I hear a noise coming from the woods, not far away from me. At first, I thought it was wolves, so I got me ax ready. The branches started to move with no wind, and everything stopped. It was quiet, for a while, then I....then I saw..." The bartender gave the young man the bottlem he took a long sip.

"What did you see?" a woman impatiently asked. "I saw a child. At least it looked like one, couldn't have been any older than eight or ten. It was not dressed for the weather, must've been freezing. But those eyes...those eyes weren't even there." He took another drink. No one said a word. "Didn't stay there long. But I thought I heard it say something..."

"What did it tell you?" Paul asked. He now stood amongst the crowd, staring deep in the man's eyes. The young man slowly turned to look at Paul, "It said...that it was lost...". Paul looked at the ground, then at the window. He slowly walked towards it. Then he stared outside into the darkness. The silence broke.

The people in the bar started to talk amongst themselves. The young man finished his bottle and headed upstairs. He didn't feel like walking back to his house, not in the dark. "Oh, are you sure the ghost is real?" a woman asked her husband, "I'm scared."

"Of course not! I'm afraid our friend here, has gone a little but crazy..." The young man stopped going up the stairs. He ran up to the woman's husband and shoved him over. The giant bottle of whiskey was not hepling his temperament. "I know what I saw!"

The bartender had his rifle out. Everyone was still. "I don't care what any of you saw! You are all getting out of my bar and that's final!" Everyone left the bar, not saying a word to eachother for the rest of the night.

Paul trudged along the snow back to his house, alone in the dark. He thought about what he had just heard. For some reason, it reminded Paul of a story his mother used to read him. Near the end of the street, he turned right and walked towards his house. That empty house.....

~By the warm fire, Paul's mother would pull out a book. Paul loved stories; especially the ones his mother would read them to him. One of those stories was about a young child who loved to play. One day while playing tag, the child got lost in the woods. Paul never made it to the end of the book. He would already be fast asleep, next to his mother. ~

Paul entered his home and went to bed. He didn't bother putting wood in the fireplace. And as Paul lay in his bed, trying to fall asleep, he was cold. Not a day that he was alive, did he ever get used to it. ***

***After Macarthy's mines closed down, the townbstill carried on. Much of the wealth would come from lumber and trade. It took some time, but the people of Macarthy were hard working and got the town back on its feet.

Arthur Winston stepped down as mayor and mostly stayed home and drank. He would drink, drink and drink some more. While his eldest son would be working long days out in the cold, the youngest son stayed home with his father.

The boy would stare out the window waiting for his brother to come home. He also waited for his mother, but he knew she was never coming back. What seemed like hours of waiting, listening to his father screaming at himself, his big brother would finally come home. Exhausted and tired he would be.

He would cook a warm meal for his father and his little brother, often not eating any for himself. Of course, the little child wanted to play with him. The hardworking young man would always be too tired, so he would say goodnight to his family and went to sleep.

"Maybe tomorrow..." The young boy thought, "he will be able to play." Chapter 3 and 4 coming soon.