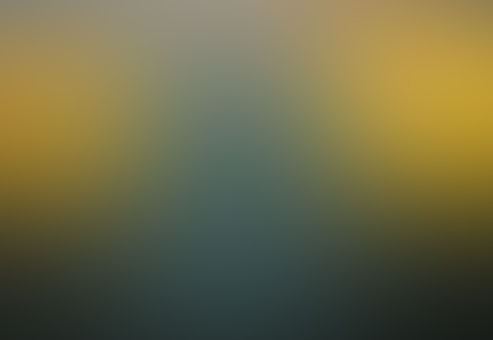 This all began 4 years ago.

It was still clear as day. The moment you stepped into his agency via request of Endeavor. Such a new environment for someone who preferred working underground.

Scanning the lobby, each person had been doing their own thing, there were always 4 or 5 people running from one corner to another; phone in hand and laptop balancing on the other.

Fast paced agency for a fast paced hero. All too fitting.

"So you're the hero Endeavor-san sent?" Hawks inquired as he offered you a chicken wing. The smugness of his features still manage to make your heart flutter till now.

"Look forward to workin' with you then!"

Enji Todoroki popped in and advised you to be wary for he can, undoubtedly, pull and win you over with his cheekyness.

You listened. You tried. You really did.

Until that one time.

You two were doing paperwork in his office. Side by side. Nothing new, really. Over the years, you'd grown accustomed to all his antics.

If it meant being a little closer to seeing his genuine side, the side which always fascinated you, you were willing to keep up with him.

"Ya know, I've known you for 4 years and you still manage to captivate me like those chicken wings from down the block."

Those were the words. Those words made you burst into laughter at just how random it was. Of course he would say that. He was Hawks.

That was the same day where everything just... spiraled out of control.

That same hour, he had excused himself to answer a call. When he turned his back, you let out a small cough.

You know those coughs you have when you laugh too much? You thought it was that. Until, you felt something clog up your throat.

Coughing a little harder, you felt a foreign resting on your tongue.

Spitting it out, a small quiet gasp escaped your lips.

The legend was real. Your world came crashing down at the realization that this would be nothing but one sided love.

A small petal from a Hawkweed wedged between your fingers, mocked you.

Turning your head to the person still talking on the phone, your heart beat began to spike as tears began to well in your eyes.

This was a slap to your face. A harsh painful slap that the feelings you tried to push aside came back at you with a much greater force than you would have ever anticipated.

Blinking the tears away, you tucked the petal into your pocket and resumed the paperwork. Not a moment too soon, Hawks flopped into the cushion next to you. His arm draped on the sofa's back.

"As much as I like workin' with ya, I gotta scramble. Committee wants me to head over there."

On that same day, just as he was about to fly his way, before bidding his farewell, he playfully pinched the bridge of your nose.

Such an interaction would have made you feel little tiny butterflies in your stomach. No. You felt as if small thorns were playfully poking your insides.

Almost as if, small needles were teasing your skin. Waiting for the perfect moment to stab you relentlessly.

When he flew away, you coughed one more time. The choking sensation there as you tried to let the petal out of your throat.

A week had now passed since that day. No matter how hard you tried, the winged hero always managed to pair the two of you together. You loved it. You really did.

Spending time with him was all you looked forward to each day.

But now, seeing his golden eyes meet yours sent pain through your lungs. What started with petals now became small chunks of the flower.

What began with a bright yellow petal now changed into red tainted ones.

"Are you okay, birdie?" Hawks asked. His eyes taking in your features. He wasn't blind. He was raised this way. You had changed, he knew it. Your cheeks weren't as fluffy as they were.

The brightness of your smiles seemed to be hiding something else. The shine in your eyes seemed to dull. "You know you can tell me right? What are chickens for..."

Of course. He only saw you as a friend. Nothing more, nothing less. For the first time, you looked away. Focusing on not the pain but on holding the cough you wanted to let out.

"It's... nothing." You couldn't fool him. That tone of voice was not you. You knew too well that he could see beyond your actions. But this one was beyond explanation.

Luckily, he just let things slide and proceeded to chat about his day.

It really was nothing. You inside the women's toilet, crouched down while holding desperately on the seat, coughing harder than you've ever did this week.

Your tears came falling down when you saw how fast the sickness was growing. Floating in the water, fully bloomed Hawkweeds stained with your blood.

The pain you had grown used to was now too much. Each breath you took felt as if more flowers were blooming for the sole purpose of suffocation.

For now, all you could do was to watch as you turned into the falling Icarus.

Flushing the yellows and reds away, you stood up and composed yourself. Stepping outside the stall, you walked towards the sink. Your eyes stayed glued to the mirror.

Puffy red eyes. A runny nose. Blood stained teeth with a small petal clinging onto the corner of your mouth. Eye bags that grew deeper as the days passed by.

It felt as if a stranger was on the other side of the mirror. A stranger who was in pain of unrequited love.

Another week had passed. By now, you were barely functioning. All you had was the constant aid of your close friend.

"Do you love him that much, (Y/N)?" Fatgum asked as he held your hair back. This was the 3rd time he saw you cough up flowers and vomit blood.

This was the 3rd time he had to go on his knees to aid your shivering hunched over body.

"I can't..." That's what you always answered. By now, each breath was sending ridiculous amounts of suffering on your end. "I love him too much, Gum."

"You're already coughing up fully bloomed Hawkweeds. You have more than enough to make a dozen bouquets..." He had to rub circles on your back.

Once again, you coughed, choked, and puked out blood stained flowers. "You know how this ends, dontcha?"

"Then perhaps I'll just have to watch from a distance. You know, I always found him beautiful. I've always been a sucker for flowers.

I've always dreamed of kissing the person who likes me back..." You lowered your head and stared at the puddle of blood and flowers.

"But having to remove my feelings for something as ironic as this, I can't Gum."

Accepting his hand, you try to recover your balance. Taking the handkerchief he offered, you wiped away the blood and swallowed the metallic taste down your throat.

All Fatgum could do was bring you into his warm arms. Sobbing with you and the painful end you chose to bring yourself. Ever since that day, Fatgum would have a hating for flowers.

Today was the day. You knew it. You had woken up due to lack of oxygen. In the comfort of your own bed, you had puked a valley of bloody Hawkweeds.

For a solid 3 minutes, you felt what it was like to lose air in your system.

All you could do was grab onto your chest and breathe through the immense amount of pain your lungs and heart bestowed you.

As in on cue, your phone rings with his name on the screen. Biting your lip, you took the device and let out a shaky exhale.

God his voice was smooth as silk. Your tears fell once more. Why was he showing you care? Why did he have to constantly feed you the idea of hope in this tragedy?

"Have you been crying? Chicken, please tell me what's wrong..."

"Really. There's nothing to worry about..." You managed to hit the mute button. Another round of petals and blood exited your system. Don't cry. Don't let him know you're suffering.

"No." You had to cut him off. Your voice gave in and you knew he heard the crack in your voice. The small device on your ear was shaking from your hold.

This pain crushing your lungs and heart was nothing like before. Still, you had to reassure him. "Please. I'll be fine Hawks."

You couldn't take anymore. You hung up.

Putting your face in the palm of your hands, you sobbed and let go of all the sadness you felt in the moment. There was no sense of relief for releasing your sadness.

Unbeknownst to you, outside your window, a winged hero could hear your cries. A hero who was wondering why you would lie and choose to close yourself off from him.

Knowing you hated it when he invades your privacy, he glides himself away with thoughts running in his head.

Hours passed. Each step you took, each time you flexed a muscle to aid a civilian, your vision grew blurry. For once, you wanted to drop being a hero and be saved.

The look on the civilian told you just how battered and in pain you were.

"I don't know what you're going through..." She whispered as you put her somewhere safe. "But if it's any consolation, it's okay to be heroed every now and then..."

Were you that easy to read now? Thanking her for the comfort, you ran back to the site of debris. Trying to hold back another attack

Heading towards an area you hadn't searched yet, you surveyed for any civilians but it seemed to be clear.

In the distance, you heard the announcement that it was all over and each civilian was now safe and out of harm's way.

Going back to the base, you stopped your tracks and clutched on your chest. The world around you was spinning. Dropping onto your knees, you gave in for another attack.

There was nothing you could do. You had been holding it for the past hour and your lungs needed sweet release.

Flower after flower, you coughed and choked just to get them out. Your body barely gave you the chance to breathe. If not a cough, you were puking a waterfall of blood and petals.