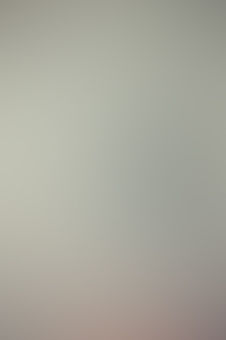 misterofox Community member
Autoplay OFF   •   a month ago
Transcript Use Images
Before getting off the phone, they agreed to put saving their families as their priority. It was then that Asahi remembered that he heard a rumor while he was traveling, a rumor about the artifacts.
regressionrebirthre-birth

Before getting off the phone, they agreed to put saving their families as their priority.

It was then that Asahi remembered that he heard a rumor while he was traveling, a rumor about the artifacts.

After people saw the price of god's power, they refused to take the risk But they had to protect themselves, this gave birth to the man-made magic weapons called artifacts.

The rumor said that those weapons were only copies of the original 10 weapons that were made by angels.

with magic power replenish its power.

As such, inexperienced power users would get paid to travel with artifact users to refill the artifact's power and gain experience.

but the choking part was that the rumor said the original artifacts were stored away on earth long before the disaster came.

This was a long stretch as this was just a rumor but it was their only chance at saving everyone they cared about.

Asahi texted Yui about the rumor he remembered and agreed to investigate it after they met up.

Asahi was exhausted and laid on his bed to cool off and think about the situation, but he fell asleep instead.

It was so comfortable that his inner thoughts escaped for a moment and mumbled in his sleep "why can't the world stay like this forever".

Meanwhile, Yui was trying to recall if she heard something like that rumor, she was sitting in her bed, legs crossed and eyes closed.

Yui was known in her past life for her power and speed.

At her peak, she could wipe out an entire city full of monsters in a single day, but her strength wasn't the only thing that was unique, her IQ was incredibly high.

She was a natural-born leader and a brilliant strategist some would even say that she was the smartest in the world. all of those achievements gave her the title of the genius female reaper.

Someone that lived a life like her's, she was bound to have heard a strange rumor about something as important as the artifacts.

She stayed in that state for about 20 minutes before she suddenly opened her eyes, she remembered a time when a little boy with an artifact begged her to replenish its power,

she couldn't just leave a kid like him without a way to defend himself so she agreed to replenish the magic in it.

when she was giving the artifact magic she asked him where he got something like an artifact, it wasn't something a little kid like him would have.

the boy was hesitant at first but he had to repay her so had no choice but to tell her.

he said that he got it from a souvenir shop while he was visiting the city,

this would have been normal seeing how it could have been left behind but then the boy said that he bought it before the disaster,

but before him and his family could go back home the disaster struck and they were stuck there.

He was the only one to survive from a family of 4 and that was because the artifact protected him and he was left wandering around ever since.

Yui couldn't believe it, the artifact was a dagger type so it was odd for it to in a souvenir shop.

she brushed it off as a child's lie back then but now it's her biggest hope she had of saving her parents.

She stood up with a determined look on her face and said "even if it's a rumor, it's our biggest hope. I will protect my family, the current and the future one"