Commaful
chapter 3: a declaration of war 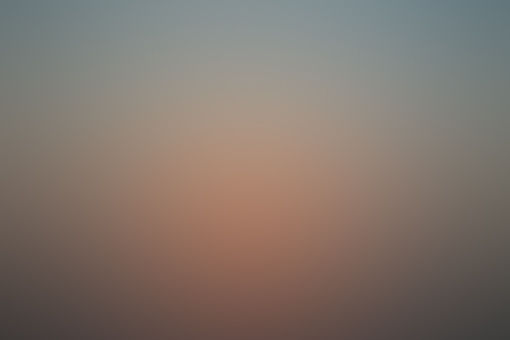 misterofox Community member
Autoplay OFF   •   a month ago
Transcript Use Images
While running to find his family Asahi recalled a very sad memory, one which haunted his dreams for years. It was a day like any other he was preparing to go to school, he ate breakfast, put on his shoes, and let his family know he was going.
rebirthre-birthregression

chapter 3: a declaration of war

While running to find his family Asahi recalled a very sad memory, one which haunted his dreams for years.

It was a day like any other he was preparing to go to school, he ate breakfast, put on his shoes, and let his family know he was going.

It wasn't long after he stepped out of the house when the sky was painted red and the air turned cold.

The world went quiet for a minute, no sound could be heard it was as if the universe was telling them to base themselves.

What the world didn't know at the time was that that minute was the last peaceful moment they would get.

Asahi was confused, he was looking around in awe at the still and quiet world,

his neighborhood was relatively close to the city and it became a habit for him to hear the loud sound of city life, so it was unordinary for it to be so quiet.

But then, out of nowhere, a horn sound so loud it could peace the eardrums was heard all over the world, this sound would soon be known as the declaration of war on earth.

Asahi collapsed on the floor covering his ears to stop the horrible sound, he pressed harder and harder but the ear-piercing sound didn't seem to stop.

Asahi started rolling on the ground from the pain, he was begging for it to stop but the pain didn't stop, he almost lost consciousness when the sound stopped, but not long after,

the roar of the first Monster to ever be born into this world was heard, following it was a mix of roars screeches and screens.

Asahi stood up even though his ears were still ringing,

but while he was trying to get to his house a big dragon-like creature came flying down and destroyed the house crushing his parents inside.

Asahi's parents were known for their kindness and love for their family and they had a great relationship with their son, they were respected,

and that what made Asahi love and admire them so much, which is why it crushed him when he saw the people that meant everything to him die in front of his eyes.

So he was exhilarated when the thought of his parents being alive crossed his mind.

He stormed out of his room screaming "MOM! DAD!

", no one answered, which made him how concerned as he thought to himself "that's odd,

we came back to the past so they should be alive" his imagination was about to go out of control but luckily he heard the front door opening, he sprinted to get to it,

when it opened and his parents saw him, Asahi heard his parents' voices for the first time in years saying 'Asahi?'.

He jumped and hugged them both with teary eyes, his parents were confused and said "wow there! did something happen ?

" he replied immediately with a smile on his face "No,

everything is fine I'm just happy to see you" the parents looked at each other and smiled while thinking to themselves "our child really loves us, huh".

At that moment, Asahi remembered why he wanted a child of his own witch only made his resolve to not let what he regretted to happen again,

in his past life he watched everyone he cared about die and he had to die without the joy of becoming a father and having a family.

He remembered all those things and he promised himself at that instant that he will make use of this second opportunity and live his second life without any regrets.

After spending some time with his parents, Asahi went to his room to call Yui again,

Yui picks up and Asahi says "so what do we do now" Yui thinks for a second and says 'first we have to think about why we came back, it was to live a life without regrets right?

', "yes" Asahi replies 'so this means they sent us back to 1 year before we get out powers and have to suffer from the curse, so we can have the chance to birth a child'.

"Yeah, but we're sixteen years old do you think our parents will let us have a kid at this age"

'Hmm, that is a problem in of its own, and we also have to prepare for the calamity to save our families '

Yui's family survived a little longer than Sahi's but she had to witness them being eaten alive by a demon without being able to do anything,

she felt powerless which led her to seek power like a crazy person all so she can protect the family that she was gonna make,

but when she was told that the power she gained was the sole reason she couldn't have a family she was devastated.

The reason they couldn't adopt in their previous life was that the government made adoption illegal after people started forcing the power of the gods on them and using them as weapons.

'It doesn't matter, teen pregnancy is a thing so we can just act like two dumb teenagers who made a mistake'

"Are you sure? the people will ridicule you and your family "

'it doesn't matter, they'll probably die anyway, but we have to make saving our families top priority this time'

they were both ready to do anything because they knew the hell that they were about to get thrown into, they both knew it was gonna be hard but them being there for each other gave them comfort.