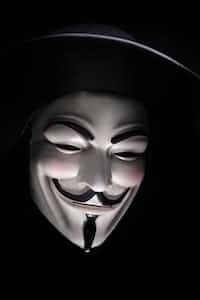 mirasoldemytria I'll die once so I need to live longer
Autoplay OFF   •   5 months ago
Transcript Use Images
A man behind a mask Is there no one to asked ?
fanfiction cataphilus

A man behind a mask Is there no one to asked ?

Live for a million decade Even before a living creature created

And he was abandoned

The supreme judge is judging

And making sure his enduring

Every location of improvement

But same appearance And same faces'

But this doesn't define what he wanted to say .

Because you are Cartaphilus ,

Masking himself in a human body But hiding its own identity

And when he met a boy baring a name of Joseph

He is innocent but it became twist

Counted as making a lies behind a smile of truth wish

Trying to heal one another And became together

Trying to reach for an experimental medicine

To lessen his undying sin

Resulting to desperation That one could do the fusion

Which a body can be controlled into two soul Emphasizing the one who hide in its deepest sole.

Cartaphilus the cursed living being who won't die

Make Joseph his ally Control his body and mind

And never afraid again of time .

He is always here Waiting for another year

He is no longer into the light but he is into the dim of night.

My inspirational poem of the anime, The Ancient Magus Bride. Cartaphilus is a cursed being, given immortality that even if his body parts are ripped from his body, he can't have the death he was wishing to have. He suffers a lot and take over someone's body just to live without pain. -Jidemi