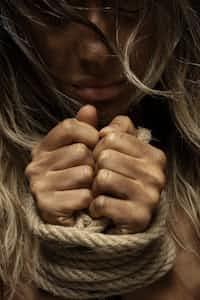 michaelslyric MichaelsLyric.com-world's 1st & only
Autoplay OFF   •   3 months ago
Transcript Use Images
"(CHORUS) I don't know about you, but I am still a ghostwriter.
poetry lyricsspoken wordspokenwordhip-hophiphopfreedomwordsmeaning

I don't know about you, but I am still a ghostwriter.

Fall after fall I take, just to get up and grind harder.

Sometimes, it is said that words do not matter.

Anything to mumble to beats, any trendy chatter.

What about those that lost their lives in a battle?

Not everyone gets a medal, but they can have words.

Close to heart, a soldier carries a letter.

Words are from his wife, telling him of a newborn.

He replied with words of joy, right before he put on the uniform.

Now, badly wounded, he has fallen into a trench.

He holds that letter. In blood and tears, it is drenched.

Fingers clenched, he knows there will be no ceremonies, no awards.

All he has are just those words.

What about a man behind steel doors?

His heart as cold as the concrete floors.

He did nothing wrong, has no reasons for remorse.

Still, he is a prisoner of a system he did not endorse.

And so he looks out at the world from behind bars.

The words in his diary hold all of his scars.

To stars, he prays, as darkness falls.

He hopes that somebody, someday, will hear his calls.

And that is why he hides his diary in cracks of prison walls.

And that is why he writes, as years pass, like shadows in prison halls.

He knows that life will drift away.

Shackled and weakened, he will fall.

Scribble after scribble, he writes his pain,

in hopes that his sorrows will be read by all.

I only have moments,

but time, I try to stall.

let my verses reach your world."