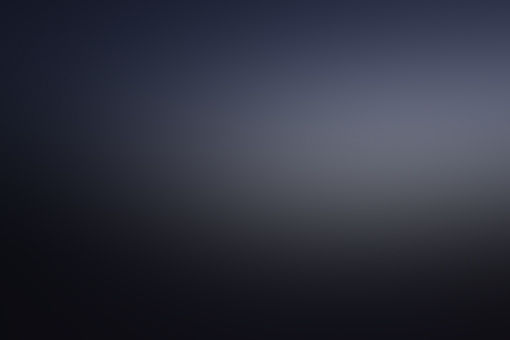 michaelangelo Community member
Autoplay OFF   •   6 months ago
Transcript Use Images
Ricardo is led to a magical world called Tekka, by a glowing koi fish from his closet. Where he learns his true destiny. To be the chosen warrior of Tekka's goddess of war, wisdom, and family, Kyoko.
Come with Ricardo where he races to find the Sword of Kyoko, and what Kyoko has in store for him.
(Hinted sexual romance, and vulgar language.)

A hunched over figure shackled on their ankles, wrists, and neck. They were on a large platform. The platform had snake-like creatures etched on cold white stone.

The platform was surrounded by apple trees. However since the room was large you could not see what was on the wall glowing. The figure coughed up blood, and dropped into the fetal position.

You could go suck it." They snapped. The shadow figure snarled. "I will get it, you know." The figure leaned back, and started sharpening their knife. "Your sword can't save your world.

Not while my followers are there." The shackled person tried to stand up from the fetal position, but went back to it shortly. "Your followers are low in numbers.

" The person was breathing heavily. "The people of my world, and my chosen warrior will stop you." The figure smirked. They had sharp, yellowish teeth. Shark like, no.

Not short enough theirs were longer. Serpent like. Snake, like. "I will get to your world, and it's people. Then the Realm of Light.

" They then left the room, and the shackled person started sobbing.

Ricardo was sitting on his bed, watching cartoons on his phone. "Ricardo!!!" His mother called in her normal shrill voice.

" Come down here your Abuleita is on the phone!" Ricardo groaned, and rolled over covering his head with his green wolf paw print blanket. He shoved his phone, and charger into his pocket.

He knew once Abuelita started talking it would be hours until she stopped again so he would bring just in case. "I'm coming Mama!!" Ricardo was starting down, the ladder his mother called again.

"RICARDO HURRY UP!!!" Ricardo groaned again. "MAMA I'M COMING!" There was a strange noise behind him, coming from his closet.

He turned around to see a bright white light coming from inside the closet. "Que?" Ricardo opened his closet to see a light yellow koi fish looking at him, and then looked at the white light.

It then went into it. Ricardo was hearing his mother calling him. For some reason his limbs would not listen, and kept going towards the light. He put his hand in the light.

It felt empty, and cold. He then put his foot in. Soon after a few moments his whole body was in the light. He left his messy closet room empty, with no trace of him.

Ricardo woke up laying on the ground. He was not in his closet anymore. There were tall red coloured mountains, and he was sitting in front of a waterfall. The water was a deep red colour.

It looked like blood, and had a metallic smell to it. Once he realized what was going on he shot right up. "OH MY GOD AM I IN HELL!?" He shouted, in a panic.

He got up, but he noticed something extremely different about himself though. He gasped in shock. He was covered head to toe in thick dark brown fur.

His feet had changed into dog-like ones with sharp claws. He also had new ears, and a wet nose. So basically Ricardo summed up the idea that he was a werewolf like thing.

"Huh I thought werewolves didn't have tails?" He asked himself as he looked at his very new wagging tail.

Ricardo looked at his surroundings more now that he was more awake, and the weird foggy eye thing went away. The trees were a dark reddish purple.

Ricardo expected Hell to be a little more gruesome. It seemed pretty nice to him. Nice mountain, pretty trees, and a clear sky.

The all were just reds, and purples, with the occasional dark pink. He could see weird ferrets. They were much bigger, and longer than on Earth.

They were at least six feet long, and had lots of little feet. They were a light red, and had brown stirpes. "Awww lindo." Ricardo cooed. "Come here chicos for some ear scratches.

" The super ferret looked directly at Ricardo, and hissed. Showing large teeth, and banana sized fangs, with dried blood, on them.

"WHAT THE FUCKING HELL!?" Ricardo screamed, quickly running on to the rock behind him. The ferret ran off, and dug itself into a little hole under a nearby tree. Ricardo slowly got off the rock.

It was covered in red sticky moss that would not come off. "Que?!" Ricardo said.

"Oi come off would you sticky moss!" When Ricardo tried to take some of it off it took some of his skin off with it. "Ow damn it." Ricardo yelped in pain. "Ugh why does Hell have to be so mean.

" He looked around a bit more, and saw a weird stone arch leading into one of the mountains. It had bats engraved in the stone, with snarling faces. The trees next to it looked dead, and sad.

The tunnel into the mountain blew cold wind into Ricardo's face, and made weird noises. It basically looked like the gateway to Satan's lair.

"Would meeting Satan really be the weirdest part of my day?" Ricardo asked himself. "Eh not really a giant ferret fucking hissed at me." He shrugged, and went towards the tunnel.

However there was a thin, basically broken rope bridge connecting the tunnel, and him. Ricardo looked down, and in the gorge underneath him was pink boiling water.

Also weird bus sized crocodiles which were the only blue things he has seen here so far.

"Well since I'm in Hell I cannot technically die, but I also don't particularly want to fall in there do I?" Ricardo sarcastically asked himself. "Well terrifying rope bridge thing it is.

" Ricardo started walking across the bridge. It wasn't actually going bad. He was half way there. Unfortunately his luck turned for the worst.

A strong gust of wind decided it wanted to come, and fuck things up. The wind snapped the front half of the bridge off the land. It felt like a giant boulder had dropped in Ricardo's stomach.

"Oh fuck." Ricardo whispered. He started running as fast as his legs could take him, and he stepped on his tail multiple times. The back part of the rope bridge was starting to come off.

"Oh no oh no." Ricardo started to run faster, with a rush of panic taking over him. "Don't break please don't break." Ricardo jumped up, and landed in front of the stone bat arch.

"Ugh fuck my knee." Ricardo whimpered in pain, and held his knee close to his chest. He looked at it. "Well no blood, so I seem to be fine." He got up, and looked up at the arch.

Now that he got a closer look he could see that it was stained with blood.

He sighed however he had no other choice, the bridge had been completely destroyed. "I really fucked up here." He grumbled, and went into the cold tunnel.

When he went in he was expecting it to be dark, and not being able to see anything. However there were red glowing crystals everywhere.

The water was blood thick, and a dark purple, being nearly black. Ricardo jumped when he heard creepy singing getting closer to him.

However it was actually a giant dark pink whale with horn on it. It glowed so bright you could see it through the dark coloured water. Ricardo so little pink mushrooms lined across a rocky path.

"Uh?" Ricardo wondered why there was a path in the mountain in the first place. He started walking along the path. It was hours until he realized that he had his phone on him.

He reached into his pocket to find it and he could no longer feel it there. Ricardo scrambled to look for it in a panic even though he only had two pockets. "Aw man." He groaned.

"Why is today not going my way." After not being able to find his phone for two minutes in his only two pant pockets. He kept climbing the path.

After another two hours he found another arch, but this one had a sign on it. "Welcome to Vika; The City of Vampires" "Oh vampires." Ricardo thought to himself. "Kinky.

" he went through the arch, and found a huge New York style city.

The buildings were huge, and they seemed to have electricity. Ricardo had a daunting feeling that he wasn't actually in Hell.

Considering he turned into a werewolf, and there was a city of vampires. Though the werewolf thing should've been a red flag in the first place. "Idiot." Ricardo mumbled to himself.

He quickly ran down the humongous flight of stairs, and started exploring the huge city. It seemed to be pretty normal, until he saw the vampires.

They were literally white, and seemed to be staring at him odd. "Probably never seen a werewolf before considering they literally live in the middle of nowhere under a literal rock.

" Ricardo thought to himself. A small little old lady came up to him, and tugged on his shirt sleeve. " Hello darling are ya lost?" She had a thick Scottish accent.

Well let's just say Ricardo wasn't expecting them to be Scottish. "Huh no no senora I'm fine." Ricardo backed away just a little bit. "Well if yer doing okay I'll leave ya be then.

" She hobbled away slowly, to an iron bench near a flock of giant purple cockatoos. Then started feeding them bird seeds. "Well that's weird." Ricardo said, staring at the giant birds.

He went into the park area, mainly, because it most likely had a map. The trees were a dark red, with light blue apple looking things on them. The grass is also a dark red.

Ricardo could see little vampire children playing with little toy swords. "Lindo. How cute." Ricardo thought to himself. He looked up to find someone on a tree branch reading a book.

He looked to be no older than 13 around his age. Him being 15. "Hey!" Ricardo called. The vampire looked around, and then pointed to himself.

"Yeah you come down here!" The vampire jumped down from the tree branch, and put his hands on his hips, and said. "Wot?"