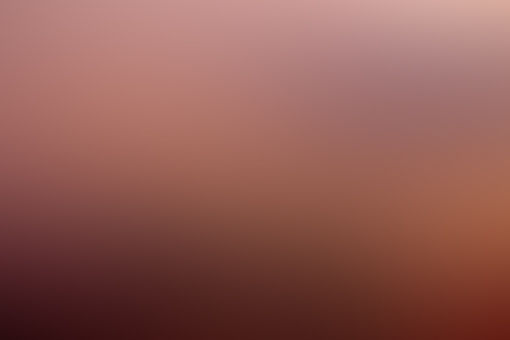 mhfiver The Lonely Man
Autoplay OFF   •   2 years ago
Transcript
...118 You may be wondering what the hell those two last chapters were about.
thoughts

You may be wondering what the hell those two last chapters were about.

I guess i owe you lot an explanation.

The first one is a backstory i wrote for my character that i'll be playing on an RP with Zeth, DDR, Atlas and Dein.

I'll be the heart and healer of the group, as you can see, but soon we started devolving into a sitcom rather than a hero RP.

It was funny, though the RP didn't start yet cause Dein can't decide for shit...

Anyway, it will be lots of fun, i'm sure.

The second one, though, is a letter to my sister.

Of course it's translated, since the original is in portuguese.

That letter pretty much combines all my good thoughts about my sister. Well, at least the clean ones.

I'm starting to be really unconfortable about finding my sister sexy.

It's like my mind is getting desperate for that kind of stuff.

And i can't help it anymore.

I don't find it wrong, even though there's a speck of my mind fighting back.

She responded to the letter the same way as ever.

Which is fine, but i explicitly put on the letter we should at least try not to.

Try being with me for once.

I won't be able to live in peace if we don't try at least once.

I won't make you regret opening up.

You have fear. You fear that something bad will happen.

I understand. I have fear too. But we shouldn't delay this any longer.

Every day we're away you bury yourself deeper.

Every day we're away your wall gets thicker.

Every day we're away i fear for your sanity.

Being alone isn't nice. It never was. You're just using it as an excuse.

You don't like being alone. You're used to it.

And yeah, i want company too.

It's not like it's gonna be a one sided thing.

We're gonna both support each other.

We're gonna care for one another.

Is it because of mom?

Is it because of the house we live on?

Is it because you find yourself not worthy of being loved?

EVERYONE NEEDS AND DESERVES LOVE!

It's not a condition, it's a need, it's something inside us that beeps and warns.

Awakened, it will not stop beeping until you get some.

Mine's been beeping for months. I can't stand it anymore.

Are you...afraid i'm gonna start all enthusiastic about it and...grow tired of you?

Is that it? The key to your door?

I know i'm not perfect.

I know i may make mistakes.

But i try my best.

I truly try my best.

You deserve the best of me.

You'll be my priority i swear.

I've been bulking up my social stamina, so to speak.

I won't grow tired of you.

Perhaps...it could be that you're afraid you're gonna fuck up?

Atlas fucked me up pretty bad, yet i'm still alive and better than i ever was.

And she's still my best friend, and i would be her lover again on a heartbeat.

Do you really think you can make worse than her?

I challenge you then.

Stay with me and see how long until you fuck up.

And you know what i'll do when you fuck up.

I'll walk towards you.

And i'll hug you.

Say that you're more important.

Say i can't hate you.

Say you have reasons for your actions.

Ask her about it, you'll see i didn't lie.

Ask her how nice and open i was to her.

Ask her if she still likes me.

I know you're not Atlas.

You're more important that her.

I can cuddle and kiss and hug and love and all sorts of things.

Please, let me help you.

And you'll be able to help me in exchange.

Don't worry, it won't cost you anything.

I won't be dissapointed by you.

I'll only be glad.

I can only be glad to be receiving attention from you.

Give me a chance.

I'll be the best i ever was for you.

And if you don't want to give me a chance, at least tell me why you want to be alone.

What's the reason for you to enjoy solitude?

What's the reason for you to ignore my plea?

Trust me on this one.

Just now i had a talk with my dad.

You probably noticed i didn't talk much about him here.

But that heatfelt talk with him changed everything.

I don't know why i wasn't able before, but now i see his side of the story.

How he tried for eleven years to reapproximate with us.

Eleven years. And we always blocked it.

I'm trying for, what, a week to reapproximate with my sister, and i'm already in despair.

I can see his pain and suffering now.

I've tried before, but my mother assured me that he was the source of our problems.

And while the divorce was the reason i was so closed before, it wasn't only his fault.

Now i'm starting to doubt everything.

But, instead of despairing in chaos, i feel enlightened.

I feel like i should have been more open in the past.

I guess i've seen the reality of the situation now, instead of my mom's biased one.

I...still have some issues with his personality...

...But seeing how much he wants love and affection from us....

Damn, it makes me feel guilty as all hell.

He says the past is in the past, and we must focus on the now, and the future.

And now that i'm open, maybe i'll be able to reapproximate with him.

And afterwards, with my sister.

Will i have to choose again? Between my dad and my mom?

I know my mom also contibuted to my problems, but i can't make her feel alone.

That would make me an hypocrite. Besides, she's the only one who is open to my affection.

However, this realization made me feel...completely unfair with him.

I wanna catch up. I wanna make up for my closedness in the past.

I'll fix my family, one step at a time.

Because now i'm not alone. My dad will help me.

He said that will help me reapproach my sister, which we'll succeed, sooner or later.

But it doesn't matter. I'll finally have a family that feels like one.

Tears are falling all the time.

Tears of regret, but also of hope.

Hope that is stronger than ever.

I must be. It feels good and fulfilling.

One step at a time though.

One step at a time.

Every one of them as important as the last one.

So today i streamed.

It's been so long since i last did it.

Only Doandroids watched, and i played some games on RTC.

I had a fun time doing it, and i suppose Doandroids did too.

I remember the first time i streamed.

I was super nervous, had no voice cause my mic was busted, and i started feeling sick after a while.

But i kept doing it, and it seemed fun, even if i only had a couple of watchers everytime.

I think i can do a fun commentary on a game while playing it.

I just wish i could show it to more people.

But eh, it's fine this way.

Today was a busy day, and i loved it.

I went out for my walk with my uncle this time. He remarked all the houses in sale and how their yards were big and spacious.

It was a fun walk, then we played Rocket League together.

It's a game that i thought i wouldn't like this much, but i did.

It's a way to bond with my uncle, who's always distant. He's a cheery guy, and sometimes stupid, but i love him for what he is.

I also went to the supermarket to stockpile food with my mom. Since i was more open, i went out of the way to hug her and kis her and cuddle.

I didn't feel a tinge of shame on me. It was the most liberating feeling.

But not everything is roses.

When i came home, my sister was very sick.

I went and stayed beside her bed, a way to say i would be present when she needs me.

She dismissed me saying she didn't want company. I respected her.

Why is she so hard on me? Later she was happily goofing off while playing online games with her friends.

I feel so excluded. Why can't her give me a chance?

It was almost like she's being actively obnoxious to drive me away.

Let's just say the last time someone tried this, they didn't succeed. And they're glad they didn't.

I'm someone who, to drive away, you would need to do a most hideous act to me on a personal level. At least.

I won't give up. I know she'll be glad i didn't when she opens up.

I should have courage, perseverance. I will keep on it.

I don't want her to be either.

What drives me towards this kind

For others to see and laugh

Making jokes out of thin air

I hope i make them a smile

As i'm putting my mark down here

It may not be very big now

But futurely i'll surely be

Thinking and pondering too

As i press keys and buttons

For actions on the game i'll do

Nothing beats the high rush

Of a hard game being beaten

Hardships gone thru and succeeded

Now i rest as the credits roll

Seeing people having a good time

It may be shallow, i know

Fuck it, it feels good and fine

I will get better at it

I will keep on doing more

Until the day my nerd laugh

Gets transmitted to the whole world

I will be the next big thing

But, again, the world's not sane either.