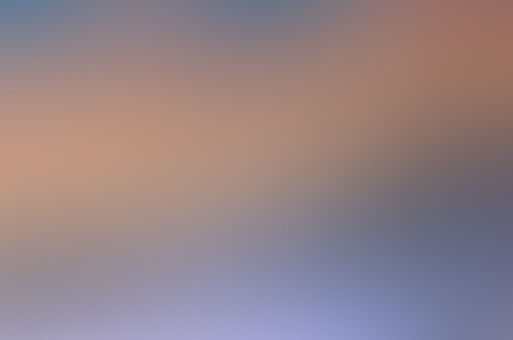 mhfiver The Lonely Man
Autoplay OFF   •   2 years ago
Transcript
...101 Today i petted a dog.
thoughts

Today i petted a dog.

When i do my daily walk, usually the dogs are behing the fences at houses.

They bark at me everytime i pass.

I don't know if they're being protective or trying to get my attention.

But today i saw a small black dog on the road.

He was just barking at me while i looked at him.

I crouched, offered my open hand to him, and he imediately came for me.

Then i petted him.

He seemed so energetic and happy about it, pawing at my shirt and licking my hand.

This may be something ordinary for some people.

But i was always thought that stray animals are filthy and diseased.

And, well, they have a point.

But right now, i didn't care.

All of the world was gone.

It was just me and the dog.

It felt so good.

The affection, the attention.

It's not human, but i'm in no position to be picky about it.

I even wanted to bring him home, but we just can't have a dog on our tiny little house.

And i just wanted to stay there.

At that moment, i was happy.

I wanted it to last forever.

If i ever see the dog again, i'll stay for a while.

Stop my walk to have some fun with it.

If i can't have it on my house, then i'll just visit it everyday.

Today i went to the market when coming back from the walk.

Usually i would be uneventful. I would be cordial to the staff, pick what i was told to, and get something extra for my troubles. Usually a candy bar.

But today, the girl attending the cash register was unsually nice.

When i go there with my mom, i'm mostly a background object, so to speak.

But today, she remarked i went alone.

I told her of the daily walk i do and that sometimes i may go to the market for something.

She said she was glad to hear i'm doing the walk, that it's good for our health.

She has no idea how much it helps me.

Anyway, i thanked her and went home with the groceries, eating my candy bar.

I...i was just so glad she talked to me in that manner.

The physical presence, the kind words, the warm smile.

And you probably know what comes next, don't you?

I don't even know if the girl acknowledges me as anythng more than i client.

I don't even know if she's married or got a boyfriend, and she probably is either one or another.

Yet, my brain sizzles and fumes with the fantastic possibilities.

What if she likes me?

What if we hang out?

What if this is my chance?

My chance to escape loneliness?

I was rejected before but that was online.

I have no idea what my brain will do if i get a rejection in real life.

And i absolutely don't want to find out.

Because if i do, i fear i will never have courage to search for affection anymore.

And i'll certainly live without the thing i most crave.

And thus, the sadness will overwhelm me, and i'll soon end up dead from it.

People say you have to conquer your fears.

This fear, however, has a reason to be feared.

It has consequences, big ones. May change my life upside-down for the worse.

I don't recieve this niceness in real life often.

At least i cherished the brief moments at the market.

It may take a long time until i get this niceness from another person in real life.

Well i guess i missed the 100 chapter milestone so...

Anyway, back to normalcy.

Or what stands for it on this god damned document.

Yesterday i did so much.

I mean, outside of the walk and work, i talked a lot to Atlas, which was feeling waaay better now, and Deinmaalok, which is my new furry friend and a super nice guy overall.

The last two days i couldn't take out this gut feeling about her sorrows.

I wanna see her happy. It makes me happy.

I chose her as the target of my kindness.

When she's sad, i feel like i'm a faliure.

But she wasn't in the mood, and honestly, neither was i.

So when she told me she was better and happier, i was just beaming.

I like to think i had a hand on this, but honestly, i think Atlas is way more strong mentally than i.

I feared the worst.

I feared she would get as bad as i did.

And i am relieved.

As for Deinmaalok, first of all, sorry, i misspelled your name, i will live forever in shame of the grammar nazis around the world.

He says he's weird and stupid, but honestly, after all you've read here, you know that i like the weird.

The weird and unconventional. Exotic. Strange. Sometimes nightmarish. I like it.

It reiterates the old feeling of me being a rebel. Someone who likes breaking the rules just because.

And, honestly, i'm okay with that. I can accept this reality, but doesn't mean i can't be a bitch about it.

He's just so imaginative, like he sees a world full of furries with a communist ideology. His perfect little world inside his head.

He even said he sees me as my fursona and, honestly, i do the same to him.

Sometimes, i do it even to Atlas, whose i've seen photos of.

He also gave me his steam name so now we're friends there too.

He said he wants to play games with me.

Honestly, he's been so proactive and nice and...

He's one of my bestest friends.

I guess all the niceness and attention goes a long way for me.

I didn't want to touch upon this again.

Last night i was constantly alt-tabbing out of my games to talk with both Atlas and Dein.

I wanted to do both things. Both things were fun.

I didn't want to choose.

I wanted to do 2 things at once.

And as much as i enjoyed talking with them, it tires me. Not in the way they're boring, but in the way i feel i can't keep up.

After all, i want to be the best online friend ever.

How can i be that if i choose some lame game over giving them attention.

I like when people give me attention, why shouldn't i do that to others?

Why do i feel so worn out about it?

But i do what i think is right.

And i don't think leaving your friends hanging is right.

And my games aren't going anywhere, i can play them anytime.

Friends, however, are real people.

People are more important than games.

Friends are to be cherished.

And i'll cherish mine.

Cause they're the best.

It was bound to happen sometime.

I was having fun with Bardock and Dein on my server.

Zeth became distressed cause we kept using the word furry.

Like, why? We are furries. Why can't we talk about it?

Then he retorted to explaining that furries are, on his words:

Which is not at all. It's just kind of a roleplay thing between me and dein, since we're the only active furries on the server.

Then he said going too deep on the furry culture was disconcerting.

Dude, i fap to honestly so much fucked up shit, both furry and not, and i feel like i'm a more stable person than you.

Really, i lost a bit of respect to Zeth today.

I know i triggered him, and maybe he's just being honest, which is fine, but doesn't he realize he could have hurt me? or dein?

"The truth hurts", yes, but we must be careful so to lessen the impact.

Pain is not a good thing, and Zeth realizes it, but i don't think he realizes he could be hurting others just as badly as he's hurting himself...

But he's still my friend.

Maybe he's got a bad day.

Maybe he's just triggered by it.

I can't understand how Dein and Zeth are friends. I mean, they met each other before Dein was a furry, so maybe it's just kind of a legacy friendship.

Honestly, all of this was a bit...worrying.

And Dein is back and talking back to Zeth.

Hope for the best.

Prepare for the worst.

...Well it seems Dein is used to the abuse he gets from Zeth.

But i won't get involved at it.

This is something between themselves.

They'll work it out.

I'm sure it will all be fine in the end.