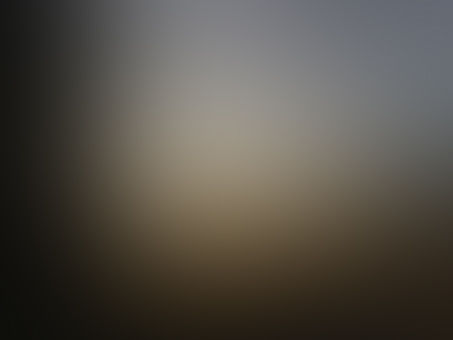 Arthur had his face buried in Merlin's neck and was tenderly stroking his hair.

Arthur jerked his head up. "What? No." Arthur wasn't planning on falling asleep with Merlin either.

They both looked at eachother's lips, longingly. Merlin leaned forward and pressed his lips against Arthur's upper lip, massaging.

Arthur's fingers found comfort in his locks as he massaged Merlin's bottom lip.

Then he watched as Merlin stood and walked over to the fire.

< He's going to put it out and now we're going to sleep early again >. Arthur thought frustratingly. < You should be the one being flirtatious, not him. Just take the lead >.

Merlin was by the blaze, but he wasn't putting it out. He was adding more wood. Arthur took this as recourse and spoke up. "Are we staying up a while longer?"

"It is a bit early isn't it". Merlin was smirking as he wandered over to the wardrobe. < It's to search for some sleeping clothes >, Arthur thought. < I'll try to be alluring >.

He gave Merlin a soft smile and sat near the fire. The flames bounced across the hearth as they do on the dragon's cave walls.

Merlin took a step closer " I'll um.. I'll make something to eat." With a small nod that Arthur gave him, he went away, but Arthur didn't take his eyes of him. < So innocent >, he thought.

The wind blew through the forest outside the croft and the leaves played the music of life itself. But it was cold. Arthur was cold, despite the fire. Everything was too much.

He looked up and Merlin was there; that beautiful smile on his face. He sat next to Arthur and looked deep into his eyes. There was something so unfamiliar yet so lovely about him.

The intuition of an ancient emrys, the capacity of a great dragon.

Merlin stared at the fire, swallowing his words. There were so many things he wanted to say. But Arthur was tired and this was not the time.

"I feel...". Arthur paused. How did he really feel? Was there any word to describe it? He wanted to see the light of the flames illuminate Merlin's skin; the heat of the blaze flush his hue.

"I don't know," he affirmed after some time.

Arthur looked at Merlin and appreciated how caring he is. < He always was; you just didn't seemed to take it for given >, he thought.

"I'm a bit cold", uttered Arthur. Merlin looked at the other blanket in his hands. He wanted to put it on Arthur's shoulders but Arthur interfered. "No, Merlin. That's yours."

Merlin hesitated for a moment. He then closed the distance between their bodies, sitting as close as he could to Arthur.

He lifted up Arthur's blanket and put it comfortably on both their shoulders and stretched his blanket over their laps.

Arthur looked him in the eyes and with a soft smile he whispered, "Thank you."

Merlin gave him a shy smile and stared back at the fire but Arthur was still looking at him. The way the fire's glow made his blue eyes dazzle as if he's conducting incantations.

The way his lips parted when he exhaled. Merlin must've felt the weight under his stare because he looked up and their eyes adjoined.

Their gazes read one another's complexion intensely like a verse inciting poetry. The kind that illustrates reverence and the lines speak lyrics of affection.

Merlin felt their gawking intensify so he pulled out the rope from underneath his shirt. Arthur glared at it. It belonged in the wardrobe yet Merlin had it on him the whole time.

"What's that for?" Arthur inquired.

Merlin said nothing as he slid the noose around Arthur's wrists and tied a secure knot.

Arthur knew this was provocative as his throat was lubricating rapidly but he'd never used a tool intimately.

Merlin looked up after fastening Arthur's bound wrists and spoke in a low voice, "Is this okay?". Arthur could hardly speak as his blood started gushing towards his crotch.

"Let's move you somewhere else."

Arthur followed as Merlin pulled him towards the window. Merlin clearly had never meant for them to sleep tonight.