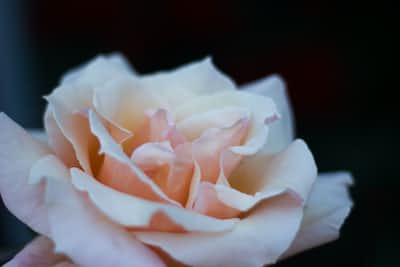 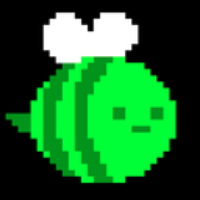 melissa Community member
Autoplay OFF   •   4 years ago
Transcript Use Images
Warm eyes gazed at me, sending my heart fluttering. As my hand timidly brushed his features, my lips lifted into a delighted smile. Letting out a laugh of joy, I flung my arms around his neck. “You're here,” I whispered, my voice cracking as I stroked the contours of Mark’s face.
By Salina Alicia http://figment.com/books/...
romance lovedeath most romantic death stories

Warm eyes gazed at me, sending my heart fluttering. As my hand timidly brushed his features, my lips lifted into a delighted smile. Letting out a laugh of joy, I flung my arms around his neck.

“You're here,” I whispered, my voice cracking as I stroked the contours of Mark’s face.

His mouth lifted into a grin that caused my breath to catch, and my cheeks to flush.

“Stop being so melodramatic, of course I'm here it's my house too,” he said rolling his eyes.

You don't believe that my heart was breaking from you being gone so long,” I joked as I tugged him over to the couch, bumping his shoulder with mine as I give him an impish smile.

"You seem to be the one that has a hard time without me.

Do you remember when you followed me to Paris, that one summer?" A soft smile formed on my lips at the memory of the summer we spent along the Seine.

Mark smirked, “Yeah, I remember. Mom couldn’t stand me moping around the house. She practically threw the plane ticket at me.”

We both looked at each other before bursting into laughter, leaning against one another, gasping for breath. Just sitting around talking and laughing with Mark is when I feel safest.

He was my rock and knew just what to say to make me laugh. Although I couldn’t help but feel unease at the mention of his mom, I quickly nudged the thoughts away.

“Do you remember how we first met?” I asked suddenly.

“Yeah, you rear ended me with your monster truck,” he said smugly.

“It’s not my fault you couldn’t drive that Mustang,” I said with forged anger, though I was smiling so big my cheeks ached.

The day we met I was coming home from volleyball practice. The rain smashing against my truck as the Mustang driving in front of me suddenly stopped.

I didn’t notice till it was too late and smashed into the back of the car. Luckily I hadn’t been going too fast, but that didn’t stop me from being furious.

I remember the rain soaking me as I splashed toward the boy, cursing as he untangles himself from the seat-belt. He kept saying sorry and that the stupid car had shut off.

I told him that if he was too stupid to know how to use the clutch he shouldn’t be driving a standard. He stopped struggling and just stared at me.

We were in the middle of a down pour, my truck smashed into his, with a collection of car horns blaring behind us, and all he could do was look at me?

I almost slapped him when he asked for my number.

Mark’s arms snaked around my waist, breaking me away from the memory. Gently he nuzzled the top of my head with his chin. Leaning back into his warmth, I closed my eyes with a content sigh.

“The way we met was a win-win situation. Not only did I meet you, but I finally had incentive to buy a motorcycle,” he said cheerfully.

His words caused a red flag to go off in my head.

“What,” he asked in my ear, tugging me closer to him in concern.

The motorcycle, I thought. The feeling that something wasn’t right sky rocketed, overwhelming my cheerful mood.

“They-they told me that you wouldn’t come back," I whispered meeting Mark’s gaze.

“What are you talking about? I’m right here?” he said clearly confused. I looked down not wanting to meet his eyes.

“Whoever said that was wrong. I wouldn’t leave you Elizabeth; I love you,” he said in soft reassurance.

Butterflies filled my stomach as the sweet words reached my ears. I leaned into his palm as he cupped my face.

He soothingly rubbed his thumb gently across my cheek, gently brushing his lips across my forehead.

Shyly I edged forward so that I was inches away from his handsome face, right before our lips touched, I paused.

“Did you just call me Elizabeth?” I asked in a stranded whisper as I scooted back on the couch. The silence that engulfed the room caused my panic to rise.

“Did you just call me Elizabeth?” I demanded louder clenching my fists.

“What do you mean did I call you Elizabeth? It's your name,” he said grabbing my arms. I jerked away as everything hit me like a tidal wave pushing me out to sea.

I felt as if I would drown any second.

That night before flashed through my eyes; the phone call, arriving at the hospital, Mark being wheeled away.

“Stop calling me that!” My scream bounding off the walls. My blood running cold as violent shivers racked through my body.

“You never call me Elizabeth, ever!” I said my voice escalating as he moved closer.

“Elizabeth what’s wrong with you,” he demanded. His voice echoing in my ears like the sound of the heart monitor going flat.

Reminding me that this couldn’t be real because my fiancé was dead, my Mark was dead.

“You're not really here,” I whispered, hugging my body close trying to make myself as small as possible.

Mark just sat there, stunned at my words.

His words made me flinch; my heart contracted in my chest.

“Don’t you get it, Mark? You can't be here because you’re dead.”

My voice had lost its warmth from earlier, now frigid even to my own ears. I looked to Mark’s face to see a mixture of hurt and disbelief.

“You’re dead,” I whispered in a softer voice as the prickling of tears threatened at the corners of my eyes. “I know because it was my fault Mark. My fault that you’re dead.”

“Eliza-” he started asking before stopping short. “Liz...Lizzy what do you mean that you...killed me?”

I took in a sharp breath trying to stop the sobs that were attempting to break though my cold expression.

“If I had never run into you with my damn truck, you wouldn’t have bought that stupid motorcycle. Maybe then you would’ve stood a chance when that truck smashed into you.

” I choked out as I lost the battle with my tears, sobs making it hard to breathe. “It would have been better if you never met me,” I said.

Feeling the guilt lying heavily on my chest, making me feel heavy and useless. Mark grabbed my chin, forcing my eyes to his, facing my guilt.

“If I had never met you Lizzy, I wouldn’t have made it through high school, let alone to where I am...was,” he said, never letting go of my face.

“Lizzy, there isn't anything you could’ve done. It was an accident.”

He gazed at me for what felt like forever, before lightly bumping his forehead to mine.

“I love you,” Mark said, meeting his lips to mine one final time.

I jerked awake sifting uncomfortable in the hospital seat, my fingers instantly moving to my mouth. It was a dream, I thought as I gazed around the hospital lobby.

“Elizabeth?” Turning I saw Mark’s mom looking at me in concern. Outside, she looked very put together, but if you looked hard enough you could see the sorrow burrowed deep in her blue eyes.

“You’re crying.” My hand moved to my cheek, silent tears hitting the tips of my fingers.

“I guess so,” I said giving a watery laugh, quickly wiping them away. Mark’s words echoed in my head. I could feel the guilt buried in me soften just a little.

I covered my mouth with my hand, tears running faster down my cheeks. Even when he’s gone, he’s still taking care of me. The seat next to me creaked, jolting me from my thoughts.

Mark’s mom wrapped her arms around my shoulders, pulling me into a hug.

“I know it feels hopeless now, but there is always a light up ahead,” she said, determination clear in her voice. I smiled before placing a hand over my not-yet-showing stomach.