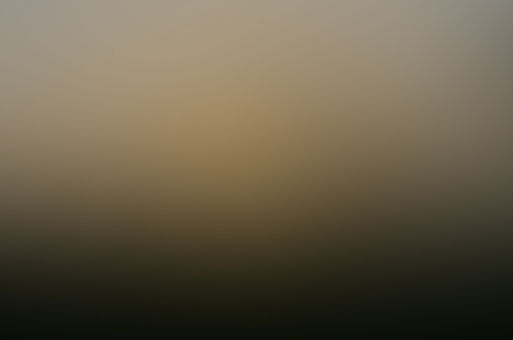 I lay on my back, closing my eyes and grabbing my ears with my sharp nails. I heard my ears thumping and my heart beating fast.

I heard the yells from downstairs.

My door opened. "What's wrong?" Phoebe asked. I could tell something was wrong with her too.

I got up and looked down at the floor. "He's dead."

She looked confused. "He fell down the ladder."

"They can't blame us for him not being careful," she told me.

"What are you talking about?" She asked.

She wasn't old enough to not be innocent anymore. And the innocent are naive.

I stopped hugging her and looked into her eyes. "Go to your room, okay?"

She looked as upset as she could for not knowing what was going on. "Why?"

I gave her a slight smile with tears in my eyes. "Just go."

I opened the bathroom door and used the dim sunlight from outside to see. I reached for my razor, took out the blade, and ground my teeth. I cut deep into my hand.

I ignored the sharpness in order to make the mark convincing enough.

Woo-nee Nee-woo. The ambulances arrived and I walked down the stairs. My parents were outside at the scene and I waved my cut hand to signal them.

They launched inside. "What happened?!"

I felt the vibrations of the car against my legs.

I was in the world I was brought into whenever my eyes were closed, tilting my body the right way, and layering everything how it was supposed to be in my head.

I always tried my hardest to get us to our destinations safely.

I walked from my bed to the main room, swaying my body how I needed to. I sat in one of the chairs.

I began my internal counting for the day while I could hear the music out of one of the weirdo's earbuds. She took one of them out of her ear, offering it to me.

I looked straight ahead and denied her.

It's hard making friends here. You can't trust anyone, they're too weird for you to be able to.

Instead, you realise that staying here means your life's already in its grave and you speak your mind anyway, not taking into consideration the consequences, because they don't matter.

"Everything that happens is real and everyone knows it. I shouldn't be here. I should be in jail," I said, staring into space.

"Either way, you're locked up," She told me, offering her earbud to me more obviously and aggressively.

She's definitely someone whose concerns are anything but what people think about her; if she has any concerns at all anymore.

"What? I'm bored and hungry so I chew my hair. Don't have rabies."

"Lenny, I'm that way with everyone," I told her.

She got close enough to talk in my ear. "Time goes by, you're gonna start to get even lonelier. You'd wanna be sharing more than just an earbud with me then. Just saying."

I rolled my eyes and sighed slightly enough to not piss her off. She looked far too insane and had too bad a hygiene to be attractive.

David's girlfriend's the only girl here who looks decent enough. But she's blonde, and straight.

"Mallory." The doctor said, signalling that it was my turn.

He read from his papers. "At home, was there anything your family members did that made you upset? Anything that made you act a certain way? Any abuse?"

I shook my head.

"I looked at your records. I saw how you were with certain people. You're away from them now but you're still having dangerous behaviors.

Are there any conflicts with patients here I should know about?" He looked at me, thinking I might actually want to talk to him.

"I don't mean for any of this to happen. I don't break things, or knock things over. I didn't kill anyone. It's my brain doing all of it.

I can't control it," I said, letting my mouth run too much but it was all I knew to say. It was the truth.

He disregarded what I said like always. "You seem to act on your emotions. What kinds of thoughts and feelings brought you to-"

Debussy held his papers in his hand. "School wasn't the best for you. You didn't get along with everyone. Avoided certain people, certain experiences-"

"I got along with most people," I interrupted.

"You didn't get too overwhelmed? You were suicidal. That didn't turn towards anger, not just to those who hurt you, but everyone around you?" He challenged me.

He looked at me in deep thought. "Your friends, the people that should've been giving you attention weren't, leaving you unsatisfied, leading to unhealthy behaviors."

I pointed to him with a wink. "Bingo," I whispered sarcastically.

"I'm not a psychiatrist. I'm just checking up on you," he said.

I looked at the paintings on the wall more than the psychiatrist.

"Do you still think you can control things with your mind?"

"Listen, Mallory. You can get back with your family. But we can only get you back soon if you're honest with me."

I shifted more to fidgeting with my fingers instead of counting in my head.

Debussy touched my hands, distracting me and getting me to stop. "It's okay, be still."

The ugly guy sitting in the corner of the room passed out. Debussy went to check on him. I closed my eyes and the counting intensified.

The door opened and they went out getting medical attention and I knew I could escape.

Everything was red. Not red like painted red, but red like looking through red lenses red. No one else was there.

I took my drugs for more than three hundred days and I've never had any extreme side effects.

I pinched myself, to see if it was one of those dreams that was in the movies that I've never had before. I didn't wake up.

I finally concluded that I must be having one of my episodes and going crazy again. I turned two more corners and got to the blank hallway.

I felt the cool breeze on my legs and back, breathing in the fall air.

An old lady with blonde hair looked at us. "When you see the empty hallway, keep running."

"I'm sorry, are you talking to me?" I asked, confused.

Next to her was a girl with long black hair. "I'm Kerry."

"We have to keep going," Sydney said.

We ran away from the hospital. Tons of gunshots were fired at us and we were all hoping we were fast enough to not get shot. Sydney jumped to my side to protect me.

We got far enough away. "Syd, you have to tell me. Is this real?" David asked.

I saw the lady who was at the park and I walked towards her.

She looked at me with a smile on her face. "Hi, daughter."