Commaful
On the way to Dinner!! 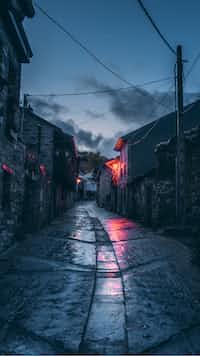 makoto_shido Bored of life!! Aren't you?
Autoplay OFF   •   2 months ago
Transcript Use Images
Something really bad happened!! You need to see this!
romance dinnerbadteen-loveteenloveteenhappened

On the way to Dinner!!

What a great day it was!! Well, I won't say it was best at the park. We ate Ice-Creams on our way to the park. I and Sho weren't walking together.

Sho was with Katsuo at a distance explaining everything about Lisa!!! I said to myself, He was taken! Why is he talking about other girls?

I explained to Lisa, May we haven't been best to each other but I never wished anything bad for you I was just jealous of you cause you were always hanging around with Sho. I had no other hard feelings.

Lisa replied with a little cry, Yeah! It's because I never had anyone other than Sho whom I trusted many people in our class just like me because of my appearance.

But Sho knows the inside me!! He explained my character to me on the 1st day of us being partners in biology class.

He's really nice guy but when he starts speaking about you, It's really irritating!!

I said, What? Bout me? I was so shocked!! Maybe he likes me too from the very starting!!

Then I went on to them and asked Katsuo to go and have a nice talk with Lisa! And lemme handle this fool!!

And that is the time when it all started Katsuo said to Lisa, Why do you have to act like a Hippie Girl? Why do you always wear hair highlights and highlight your hair? Don't you know they will damage your hair?

Lisa replies anxiously, Why do you care? I don't care about what anyone else says ~~ And it's my choice to ruin my hair if I want to!! Just don't irritate me! And after we reached the park!!

And Lisa went on flirting with her classmates at the park! I also noticed Katsuo getting by that and saying nothing but ignoring. She's the "Hot Girl" of our class.

And I am called the "Popular Intelligent Girl". That's the reason Sho gets insecure about me often.

It was really intense to get Kisa together every time they talk they just fight. We were hopeless.

But on the way to my home for dinner, we realized that the short route was not available so we decided to take the other one, But on that road,

Many guys used to drink and scare girls and it was getting dark. Therefore we took that road. And Lisa and I were walking together angry at the Boys. We were walking ahead of them.

Sorry, It's time for Me to go now mom is calling me for the breakfast. Btw, It was a really weird day!!

Hi guys it's your author here, What do you think would've happened? Comment if you want #Kisa!!