Commaful
Between the Lines (Part One) 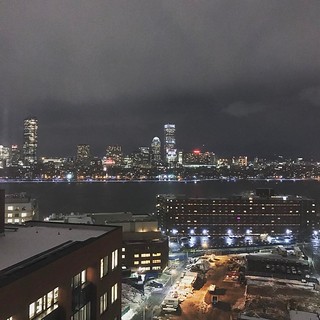 majorasmadeline Think deep, but don't sink.
Autoplay OFF   •   3 years ago
Transcript
“Mia.” The suddenness of his voice left me reeling. I felt myself giving up; I would never escape this man..
fiction domesticviolenceenddomesticabuse

Between the Lines (Part One)

It hurt. Pain was coursing through my entire body. Snow was seeping through my clothing and paralyzing my nerves, yet I couldn’t seem to move.

I couldn’t feel my face, but I could feel the tears on my cheeks as they seemed to turn to ice.

I looked down at my wrists and noticed the purple bruises blossoming in the places where his hands had been in an attempt to stop me from getting away.

I looked around and I saw nothing but white. I couldn’t see him, but I could feel him.

I knew he was there; I knew he was only a couple hundred yards away from me, somewhere, hidden by a mirage of ice and snow.

The thought of this made my stomach feel like the ice that was crystallizing at the end of my lashes.

“Mia!” I heard the coarseness of his voice through the wind. I think I’d recognize his voice anywhere. The voice of my tormentor just so happened to also be the voice of my lover.

I thought furiously back to a few hours prior to my escape and I tried to make sense of what had happened; I tried desperately to piece together the fragments of what had led up to the incident.

I remembered laying in bed next to him, watching him shield his phone from me so I could not see it.

I wondered why, for the millionth time, I was keeping my mouth shut about it so that I didn’t upset him.

How many times had I looked the other way when something blatantly sketchy was going on right under my nose?

How many times had I eaten up the excuse: “I just don’t like people looking at my phone.”, just to keep the peace?

“Who are you talking to?” I asked expectantly.

Nobody? I wasn’t even worth a bad excuse anymore? That was when I felt something inside of me snap; a dam that I had kept so neatly intact that had suddenly burst into a flood of angry waves.

“Let me see your phone.” I demanded with my palm outstretched.

“You sound insane,” he said, glancing up over the rim of his glasses. “Just go to sleep.”

“Give me the fucking phone!” I was yelling now, and I couldn’t stop. I couldn’t put the cap back on this fury that I’d been trying to swallow.

“Every day I listen to the same excuses and lies and I try so hard to believe them, just trying so hard to not see what you really are so I can somehow excuse my still being here. But I’m done.”

I snatched his phone out of his had and made a bolt for the bedroom door, and in one swift movement, I had locked myself inside the bathroom.

Trying to ignore the relentless pounding on the door, I opened his phone and clicked on his messages. I closed my eyes and withdrew a deep breath of air.

I wasn’t prepared for this imaginary bubble of fidelity to burst before my very eyes and leave me stranded in the deep end with no clue of where to go next, but I needed to know.

This had gone on for too long. I opened my eyes.

Names. A lot of names. Stacy, Kathy, Megan, Olivia, Jennifer. The list went on. I felt my heart drop with confirmation of what I had already known, but never chosen to acknowledge.

I opened one of the messages to a girl named Megan.

You should come over tomorrow night. She will be at work. I need some alone time with you. I can’t stand to look at her since the miscarriage.

Reading these words, I expected myself to succumb to the stinging tsunami of tears that were pricking at my eyes, but I didn’t.

I felt my whole body go numb, and to my own surprise, I started laughing. Uncontrollably, hysterically laughing. I turned and opened the door, disrupting his pounding and shouting.

“You used the miscarriage to get a girl into bed?” I asked, grinning. He stood there silently.

“That’s good. That’s really good. I mean, I knew you were dirty, but I didn’t know you were that dirty.” I said, laughing again. He yanked his phone away from me.

“You’re fucking insane. And don’t go through my phone again. It will only hurt you. I’m sorry you had to see that, but you need to come back to bed now.”

I looked at him, and I tried so hard to see the man that I thought I once loved. The man who proposed to me on our living room floor, trying to hold back the tears and laughter when I said yes.

I tried to look for a glimpse of the man I thought I knew, before all of the bruises, the yelling, the other girls. The man who saved me. I didn’t see him. What I saw was a monster.

And what I felt was pure hatred.

“Hey, Rex,” I started. I didn’t need to muster up the nerve this time; this time it was just unstoppable. “I’m done, Rex. Yeah, I’m done. I’m leaving.

And if you try to stop me, I will call the police.” Walking past him to the bedroom, I felt a very strange sensation that I hadn’t felt in years: self confidence.

“You’re not going to call the police. You’ve said that a million times. Besides, if you try, I’m going to have to take your phone like last time. And you know I hate when you make me do that.

” I kept my temper and looked at him coolly.

“If I don’t call the police, then I’ll fucking kill you myself if you try to stop me.”

“You’re not leaving, get back in bed.” He grabbed my wrists like he always did when I tried to leave. I tore away from him, feeling pain shoot through my forearms.

“Don’t fucking touch me!” I screamed. My sudden outburst sent a flash of anger through his eyes, and I knew better than to stand there and wait for what was about to happen.

Too many times had I looked in the mirror and wondered how the strong, confident young woman I used to be had morphed into such a pitiful creature. I was just done.

He reached for my wrist again, but this time I whirled around, driving my elbow into his nose and my knee into his groin. I grabbed my phone and fled out of the door.

Ignoring his cries gave me a sense of power; for once in two years, the roles were reversed.

But now, here I was, laying in the snow, wondering why I was so stupid. I should have known I couldn’t outrun him, and I certainly couldn’t overpower him.

God only knew what was going to happen to me when he caught up to me. I opened my phone and dialed 911.

“I’m being followed,” I whispered. “A man is trying to hurt me.”

“Can you give me your location, ma’am?”

“Burrow and 9th.” I stammered.

” Trying to ignore how my latter comment must have sounded, I snapped the phone shut, and ran towards a brick building that looked like some sort of executive office.

I hid behind it, hoping it was enough to make him lose sight of me. Looking around, I couldn’t see him, and I didn’t hear any footsteps.

I let myself breathe, and slouched against the wall, trying to regain feeling in my fingers.

“Mia.” The suddenness of his voice left me reeling. I felt myself giving up; I would never escape this man.

“Come on, Mia. Let’s go home.” He extended his hand. I felt tears streaming from my face as I gave into the realization that I was too tired and cold to put up a fight.

I heard my phone ringing, so I looked down and saw the number of the police station. I looked at him hesitantly.

“Ma’am? We sent a car down to your location and we can’t seem to locate you,”

I looked at Rex, looking down at me, and I bit my lip, stifling tears.

“It was a false alarm.” I choked out. I snapped the phone shut before the officer could hear me cry.