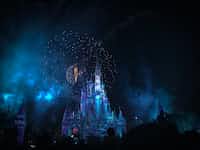 mahanoorshahid I bleed on paper🖋️📖
Autoplay OFF   •   7 months ago
Transcript Use Images
Let's Step into a new age of fairytale...
fiction queenprincessesdisneybellecinderellaarielmaleficentwomen empowermentwomenempowermentnew age

Once upon a time, young girls were portrayed to be fragile,

Wanting a prince to rescue them, they waited all their lives

But gone are the days when she kept herself in a cage,

Now it's time for her to fly, it's a new-age fairy tale

Belle is not some helpless soul, so desperate to be set free

She wants to be recognized even outside the marine

She would stand up for herself building her own empire

Not through a man but her own incredible wisdom

In this fairy tale, she wins the people through her powerful demeanor

So bold she is, even the prince would look up to her