Commaful
Nothing Belonged to Me 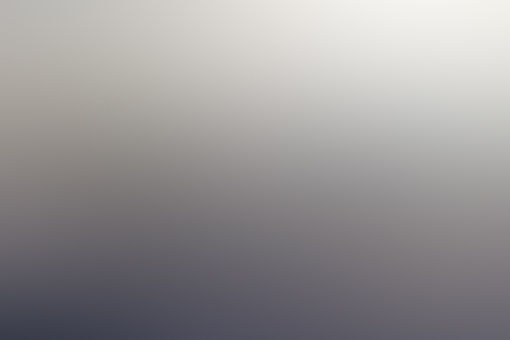 magicalerotica I like to write 18+ and horror
Autoplay OFF   •   4 years ago
Transcript Use Images
A young girl name Betty is a born as a light skinned slave. She is privileged to be a house slave, however learns a cold truth that as a slave, nothing belonged to her. (Warning; based on American slave era. There is mentions of rape and violence. Not meant for children)
fiction violencemastershorrorslaveryhistoryrapeslaves scariest slavery storiesscariest history storiessaddest history stories

Nothing Belonged to Me

I stare down at the ground at my feet, which lay over the edge of the large four poster bed where I had just laid in a sleepless night.

In this room lay beautifully carved furniture of chestnut oak.

A writing desk with notes scattered about, a simple dresser with drawers, a nightstand, and coffee table that was in front of a velvety couch.

On the floor was ripped fabrics that were once clothing and shattered glass that was once a vase. I paid no heed to any of it.

The one thing, however, that caught my eye was the mantle of the fireplace. The wood, pure white, was laced with intricate designs of swirls resembling the swirling seas.

I continued to stare in a trance-like state, that is, until a large cool hand touched my bare back, rubbing up and down.

This hand belonged to a man, a man who just hours ago stripped me of my innocence, my purity, my virginity.

The very same hand that ripped off my dress and undergarments, all while thrashing me about the room like a toy. After all, to him, that is what I was.

A toy, his plaything and he could take anything from me as he liked. And he could, for I was a slave, I had no rights, I owned nothing. I couldn’t refuse nor accept; it was not up to me.

As the emotions inside me swirled like a roaring fire of sorrow and anger, I felt a hand grip my shoulder. The hand, a white hand, pulled me down by my shoulder, my black shoulder.

I now laid completely still on the bed as the white man crawled on top of me and began to defile me as he had the night before.

I simply stared at the ceiling above, wondering why it is this could happen. That a man, simply because he was white, could have the right to enslave those who were not.

That this very man had the right to do what he liked to me and I could do nothing, les I wish to bring death to me or to someone I care about.

Why is it, that only now at this very time I realized nothing belonged to me? If only I had realized this before, so that maybe, reality wouldn’t have seemed so harsh.

My roots date back to my grandmother; she and the rest of my family were ripped from their home on the shores of the Congo and crammed into ships like cattle.

When my grandmother arrived in the new world, she was taken to a cotton plantation to work as a field hand.

The work was harsh as they had to work in the overbearing sun, harvesting hundreds of pounds of cotton a day.

The overseer, who my grandmother called a demon, held no mercy when it came to beating slaves. Many slaves he whipped to death.

Others, if he felt they hadn’t worked hard enough, would strike them with a hot iron rod.

My grandmother, at the time, was married to another slave, my grandfather Thomas who suffered death from a horrendous beating for defending my grandmother.

The overseer had raped my grandmother and had impregnated her.

She already had two children with my grandfather, my mother and her brother. He died trying to kill the man who hurt his family.

If this wasn’t enough, my grandmother eventually birthed the demon’s son and the man simply took him and sold him for profit.

My grandmother hadn’t even been given the chance to look at her son when he stole him from her.

She never saw her son again, and the man who was his father seemed to care less what would possibly happen to his son.

After all, if you had even the tiniest drop of black blood, you were considered less than a dog. You were a white man’s property. Nothing more, but always less.

As for my mother, she too fell to the same fate as my grandmother.

It happened in the household of her master, she had been summoned to help with preparation for a large meal for a party that night.

As she worked, her master eyed her like a hungry predator eyes a slab of meat.

My mother went to storage room to retrieve ingredients for the next dish when her mastered followed her and locked the door.

He cornered my mother and forced himself onto her, threatening her to remain quiet, unless she wished to be strangled.

When the deed was done, my mother was forced to continue working and act as though nothing had happened; she cried silently, tears falling into her cooking.

I was born on the Lord’s Day, in late May. The birds, as my mother recalled, were singing sweet songs and the flowers sweet aroma wafted in the air. My father did not come to see my birth.

To him, I was a slave and not his child. My mother held me close to her heart after birth; she did not consider me a vile creation of the man who ripped her soul.

Rather, she saw me as her lost innocence, and she was set on protecting me.

Alas, slave could not protect their children forever and I was ripped from my mother's arms at the age of eight since the mistress of the household could no longer stand to see, as she put it,

the abomination. I was sold to a new home.

My light skin made me a house slave and not a field hand. To slaves, this was considered a blessing, as it meant the work wasn’t as hard.

However, as I grew, my master looked at me more and more with a strange look that I couldn’t decipher. The mistress of the house seemed grow resentment and suspicion towards me.

She attempted to keep me around her always, making sure I was nowhere near her husband. She could not, however, watch me forever.

It was late one night when it all happened. My master came to me requesting that I clean his room. I said yes, regardless if I truly wanted to say no.

As I gathered up cleaning supplies, I felt a wave of paranoia fill me. I walked towards my master's room, my heart was beating rapidly, and I felt nauseous.

I didn’t understand why I felt this way; I tried to shake off the feeling as I knocked on the door and announced my presence. “You may come in” was the reply from my master.

I entered, and immediately noticed him sitting in a small velvet chair with a book which he seemed to be reading.

“Go over to the windows and wash them down, then do some dusting and anything else that needs cleaning Betty” he said nonchalantly. I simply looked down and replied “Yes master.

” I began washing down the windows. My anxiety never disappeared, and I felt it creep up to the back of my neck.

I felt danger, I felt it in my toes all the way up to my nose, even to where it made the hairs on the back of my neck stand straight up.

My breathing grew unsteady as though all the air in my lungs were being sucked out.

Suddenly, I heard a loud creak from the floorboards behind me. When I attempted to turn around, large strong arms wrapped around me tightly, squeezing me.

I thrashed and screamed as he began to rip off my dress. I stepped on his foot and bit down on the hand that attempted to silence me, and I ran for the door.

He was quicker than me and slammed my head into the mantle, causing the vase to fall and shatter. I felt dizzy and I couldn’t process anything.

He used this opportunity to force me onto the four-poster bed and rid me of the remainder of my dress and undergarments.

When he entered my body, it felt as though I was being ripped in two, as though someone was shoving a razor in and out of me.

I just laid there as he continued to hurt me, thinking of how this could have happened to me.

How I, a thirteen-year-old girl was being used for something as cruel and sadistic as this act being done to me.

How could I have fallen to the same fate as those before me? How could this man take something as precious and pure as my virginity? Then, all at once, it sunk in.

I could not control any of this; I was a slave. I didn’t have the power nor the right according this man to tell him no. I didn’t own anything, not even myself. Nothing belonged to me.