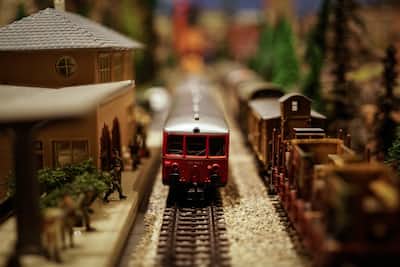 macryano 17 | perpetually confused | doodler
Autoplay OFF   •   3 years ago
Transcript
A homeless man befriends a teenage girl in the same situation. They hitchhike on trains together. (Time period: 1930s)
fiction great-depression1930strainsrails

We hitched rides on trains for a couple of years together.

We met in the summer, after she and her family were placed on the streets, out of a home.

She had a father, a sister, and two brothers.

Her mother passed away shortly after the birth of the youngest. Her three siblings were not far behind.

He was never with the family to begin with.

The night they were evicted, Jo--as I knew her--left, too.

With her father's old shirt sleeves rolled up to her elbows, legs wrapped in his worn knickers, and a hat covering her unevenly chopped hair, Josephine--now shortened to Jo--set off to the rails.

That's where I met her.

I can't say I was fooled by her guise, but I was probably the only one who cared enough to notice. "For safety," she told me.

We had the grandest of times, running to catch the trains.

She never stopped talking about the little ones back home. She'd left them in the care of her aunt, the only one left to love them. She told me about their alley and the corner she'd found.

I told her about my life in return.

There was no other way to pass the time. On the rare occasion that we found an odd job, We'd tag-team and split the profits.

We were quite the pair.

On the street, she was to be my brother (though we looked nothing alike), and I had come to love her as one.

We were able to pull off the act for a long while.

That is, she was safe as my brother until a debauch gentleman confronted us. He muttered something about finding Jo to be an attractive young man. I shouted, demanding that he leave us be.

He dragged himself away, stumbling his way down the road.

There was no sign of the man for days. I wasn't expecting to see him again, but one could only worry. We'd stayed in the same town, the same camp, for about a fortnight.

I awoke one morning to Jo shivering and shaking my shoulder.

The sun had not yet risen, and in my drowsy state, I must have muttered something offensive.

She never told me why she cried that morning, but we caught the next train toward home.

As usual, we held hands while we jumped from the gravel.

On her hand, I felt a small bump that could have never been there before. I had held this hand countless times, and I knew its shape better than anyone.

We made it back to her alley.

After two years, her poor sister and brothers failed to recognize her, and the red blotches that now covered her skin disguised her even further.

Her aunt, on the contrary, cried when she saw her niece.

I stood around the corner, in front of a closed grocery shop, where I could only hear the conversation. Jo could not stay.

I took her, now my brother for life, to find a new corner.

We camped there until 1938, when she passed away in my arms. The disease had finally taken control of her.

I could not be sad: she would slap me senseless if a single tear escaped my eye.

Jo told me she would be happier there.

She could feel her mother's embrace once more, she would never starve again...

She could look after me.

I long for the day I see her again.

I will break down in happiness. Joy will stream down my face at our first embrace. We will jump, hand in hand, into the next life.

We will live: forever connected by the rails,

always running toward something better.