Commaful
The Spectre of the Bloodsucker 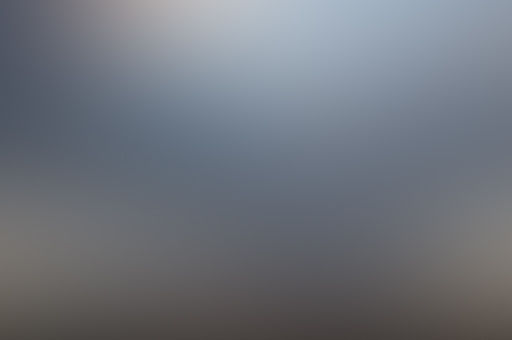 The Spectre of the Bloodsucker

Back in the mystical era of Earth a very small town namely Illusion came into being. The population of the town was sporadic .

Only the founding families ought to reside in the freshly constructed wooden mansion .

The tall building was located near the old cemetery that was rumoured to be belonging to supernatural creatures. The mansion was one of its kind .

The pleasant fragrance of the wood could still be smelt . However Mr. Starstruck , the kingpin of the premise didn’t get a chance to long live in the radiant town of Illusion.

The news of the expiration of the mayor spread like a whirlwind .

While everyone was speculating about the suspicious death , the mayors scullery maid stood immobile in the corner of the magnificent ball room.

The cops were enquiring about the corpse that was fully drained of blood. To everyone’s surprise the reports stated the accident was intentional , that is it was a suicide .

The family wouldn’t accept the fact that it was a mere felo-de-se. The body of the mayor was notably found adjacent to the cemetery . The cops persuaded Mrs.

Starstruck that the mayor climbed up the five hundred year old fig tree and leaped down from it. Mrs. Starstruck was in sheer despair.

She could not believe that her husband would ever leave her . He was the most generous person she had ever known. He was triumphant and always positive . Mrs.

Starstruck was resilient to digest the aspects stated by the police. There was nothing she could now do to revert back what happened.

Nevertheless she was a believer, she had her faith set in the fantasy.

She had been reading books about witchcraft since the day she saw an old women being brought back to life by a pixie or fairy sort of creature. She was 13 then.

Neither of her parents trusted her about the incident she narrated . She was regarded as a psychopath by her siblings.

She was mocked a lot but she never gave up her faith in magic and kept on practicing sorcery .

One fine day when she got extremely exhausted she sat by her red velvet couch and started to read a book about witch genesis .

The book conveyed it to her that witches were the messengers of nature and were made to keep a balance of life on Earth.

The blood of necromancy would only run in the nerves of original witches. Humans had nothing to do with it.

The original witches were born with the aptitude and expertise to help other supernatural elements to sustain a non disastrous life.

The book not only told her about witches but also thumb angels. The thumb angels were just 5 in number. Cinda , Flora , April ,Snowflake and Buttercup. Each had her own dexterity .

Nothing else about the itsy-bitsy angels was mentioned in the book . Voyaging in the present while Mrs.Starstruck was reconstructing her thoughts.

The kingpin’s minion, the one who was previously standing motionless in the ball room was now ceaselessly gaping at the sorrowful widow.

It appeared as if in spite of staring at the relict she was gazing at an ignis fatuus right behind the dowager .

The widow interrogated the maid with perturb , ’’Dear Emmet, what in the world it brings you here in the inauspicious chamber of this solitary lady?’’ .

Emmet said , ’’My lady it has always been you fostering me, I fancy its now in my hands to assist you and make you erase all the melancholic catastrophes from your mind’’ .

The heart-wrenched lady had a surge in her humour. She decided to go out for a walk under the aquamarine monsoon sky accompanied by Emmet . The scenery was nippy .

The breeze was blowing with a teeny-beeny amount of drizzle. The cheesy sun hid behind the canopy of midnight blue clouds . The atmosphere was the flawless antidote to cure any ones aura .

The lady was now driven away from all the downcast. Her appearance was no longer woebegone . The crestfallen state was soon vanishing away . Emmet showed Mrs.

Starstruck the path to the necropolis , the place where Mr.Starstruck had lost his psyche .

The widow was reluctant to go but Emmet was so cajoling that the widow couldn’t resist herself from going . The lady flumped under the old fig tree and stationed herself along with Emmet .

In the state of nerves Emmet began whispering a makutu spell. Emmet chanted , ‘’phesmatos ala bama’’. It was like a bolt out of the blue for Mrs.Starstruck .

After the mojo uttered by Emmet was over the widow posed , ‘’This is phenomenal, you are an original witch according to my understanding’’ .

Emmet said ‘’My lady this place is not secure for humans like you , here in the graveyard lies the cadaver of a pukka vampire’’.

Emmet continued , ‘’I presume you are relatable about the thumb angels . One of them was Buttercup. The thumb angel who was versed to spread benevolence .

She had the most ravishing and heavenly facade. Her heart was even more beauteous . Buttercup’s love of life was a vampiro viz Revon Salvatore .

The most inhuman , ferocious and merciless vampire. Rumour had it the love of Buttercup for Revon had elevated him into a courteous charismatic person .

The other thumb sprites grew envious of Buttercup . Soon the wedding bells were to be heard . Buttercup was primed for her big night . The night of her life .

She was strolling upon the magnificent stage when Cinda , Snowflake , Flora and April stabbed her from behind with a stake that pierced through her heart .

The alluring angel died the very minute Revon fetched her . The intolerable grief experienced by Revon made him self-slaughter .

Revon’s brother Stefan put the dead bodies of both the souls into one single sarcophagus and buried it in this very boneyard .

Poor Buttercup found peace in heaven but the spirit of Damon kept on loitering all these years to quench his thirst of revenge.

Whosoever comes near Buttercup’s adored mulberry tree is killed by Revon ‘’. Mrs.Starstruck was hit by this story like a thunderbolt .

She said , ‘’ Is there anything on this sphere that can recline the soul of Revon Salvatore in the place he belongs , the Islands of the Blessed?

’’ Emmet exclaimed , ‘’Only a human sacrifice on Revon’s grave and a magic talisman can do that’’. The widow said , ‘’what talisman are you talking about?’’Emmet told Mrs.

Starstruck that the leaves of the plant hallucinatic mushroom were the magic charm and key to resting the soul of the vampire . Mrs.

Starstruck gave a thought and said ,’’I have no one for myself in the world now .

Will it be alright if I sacrifice myself?’’ Emmet didn’t say a word and gathered the plant leaves and performed the breathtaking spell . Revon’s soul was now gone for good .

The small town Illusion recovered soon from the loss it had seen . The people were safe from the ghost of the churchyard now .

Everyone lived a contented life and even in paradise Revon found his long lost love Buttercup . They lived happily ever after.