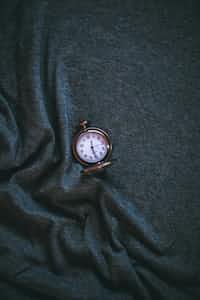 lulu711 Community member
Autoplay OFF   •   4 months ago
Transcript Use Images
It's time. That sound, it's loud its annoying and it won't shut the fuck up. It's telling me to wake up, that my dreams are coming to an end and my rest now will be dead. It's approximately 7:08 and I'm late. She's waiting for me....
thriller gruesomecontentmurderpsychologicalthriller

It's time. That sound, it's loud its annoying and it won't shut the fuck up. It's telling me to wake up, that my dreams are coming to an end and my rest now will be dead.

It's approximately 7:08 and I'm late. She's waiting for me at the cafe, and I can't miss the train.

I'm up now fully dressed and eating bacon that I cooked in the microwave to save time, my shoes..

Where are my shoes? One is here, halfway sticking out from under the couch and the other one I really don't know but I need to go now. 7:52 I'm really late.

The train leaves in 34 minutes and it takes me 15 to get there. Found it by the bathroom door, I need to keep my shit together.

Everything I have been holding up inside but I can't wait any longer or i'll bottle it all up inside again. It's been 57 minutes and she's still not here.

What does this mean? Where could she be? Does she even care? Has she forgotten about me? I look ridiculous sitting here alone sweating from nervousness and shame.

I'll call, I might as well, not much to lose anymore.

" the beep I never wanted to hear that stupid beep, the beep that means it's not going to happen, to give up now and never go back.

I force through those emotions and leave a stupid voice mail it sounds like this, "Hey.. Yeah hey Sarah um..

It's me Craig, I just wanted to make sure everything was okay; you did know we were supposed to meet the other day right? Are you o-" cut off, I sound stupid.

I just want to impress her but I just look like a fool.

I've been up for hours, it's 2:27 in the morning, and I've been looking through her Facebook to see if she's been posting or liking anything, I don't want her to just ignore me.

That's not okay, and I hate that. Where is she, there is no recent activity on her page, and she isn't reading any of my texts and well I just can't handle it anymore.

I have to know what is going on. She likes me, right? She has to like me. I need her to.

Any minute now she'll call or text me apologizing, and saying that she was super busy or her phone was out of service some stupid made up excuse that I'll believe.

My life no longer means anything, it's invalid. I was watching the news and.. and they found a body. It's Sarah. What am I going to do.. She is my world, my everything.

Now she's gone and I can't live with myself. I will find the guy who did this and I'll kill him, break every bone in his body. I can't stop thinking, thinking why anyone would do this to her.

She's so beautiful and funny and the best person ever. I loved her. I still love her. This isn't real.

There is no way for me to accept this; I'm going to wake up any minute to my phone ringing because she's calling me asking to meet today for lunch or to go see a movie. It's not real.

It's real. I thought I could wake up, but I can't. I've been taking the past few days to make a collection.. I filled my wall with all my favorite pictures of her.

It's completely covered and it makes me so happy and feel better. She isn't gone, not really. She'll come back for me...

-Craig never got to finish this story. He didn't get to finish it because they came for him. Although he comes off as a very sweet person he is a very dangerous person.

Sarah's body was found sitting upright at a cafe in a seat that was placed opposite of the seat Craig sat in when he waited for her.

They found his DNA on the body, she was brutally beaten, stabbed, sliced, and molested. She had missing teeth and bald spots where hair was forcefully ripped out of her head.

You could barely recognize her. They police broke into his house to find bloody clothes and marks all over the walls and furniture.

And the most disturbing part was his room; pictures and notes covering every wall and her hair and teeth pinned to his mirror. It looked like a whole other crime scene.

There was understanding of why he killed her. After the arrest and court trial they went through both phones to see over 100 phone calls and texts sent to Sarah by Craig.

It was soon turned to the court that he needed to be sent to a federal mental institute because of his mental state.

He died 15 years after from head injury and multiple stab wounds to the abdominal area.

He would repeatedly bang his head on walls until blood would come out, he stabbed himself in his stomach with a pencil 7 times.

Sarah never was supposed to meet him at the cafe, she never even talked to him. They went to high school together and he had a crush but she never acknowledged him.

He stalked her and lost his mind while he was doing it. And that is where this story finally comes to an end.-