Commaful
Outside Looking In: My ill-fated romance with Marius Pontmercy 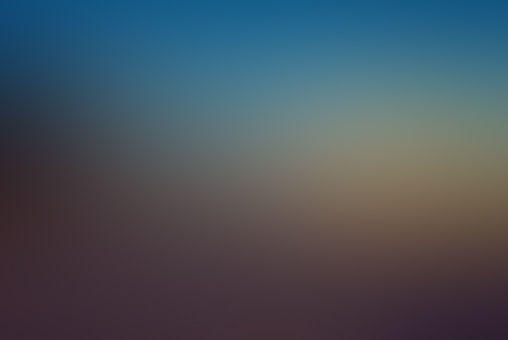 Outside Looking In: My ill-fated romance with Marius Pontmercy

When I stepped in front of my father's gang, I was shaking with fear.

At first, my father didn't recognize me, calling me a hussy, but one of his gang members recognized me.

He asked what I was doing there. I was told "You're in the way, go home"

What about Marius, still in the garden?

Mustering up all my courage, I placed myself between the gate and the gang.

I swallowed my fear and told them "I know this house I tell you, there's nothing here for you, just the old man and the girl, they live ordinary lives."

My father told me that I had gall, interfering, and I had better take care.

I knew what he meant but I still deliberately spoke louder than I normally would, in hopes that my voice would carry.

Ignoring the gang, who was telling me to hush, I told them that "I'm gonna scream, I'm gonna warn them here."

My father glared at me with such venom, I almost stepped away from the gate.

He promised "One little scream and you'll regret it for a year!"

I faltered then, and my father saw it.

He gestured to his gang and they began moving toward the gate.

Seeing no other alternative, I screamed, as loudly as I could.

My father glared at me with such rage, I knew I had earned a terrible punishment.

He opened his mouth and my worst fears were confirmed.

Ordering his gang into the sewers, he turned to me and said

He was suddenly cut off by movement in the garden and followed the rest of his gang down the sewers.

Marius emerged and, seeing me, said I saved the day.

The joy I felt was squashed when he then introduced me to "dearest Cosette" and told her I had been the one that brought them together.

Oh, how I wish this was not the case.

Hearing further movement in the house,

Marius took my hand (a feeling of pleasure at the contact filled me however trivial that may sound) and we both escaped into the night.

As we ran away, I heard the voice of Jean telling Cosette they must leave Paris.

I feel a thrill at the thought.

Could Marius be mine again? Storing this thought away for now, I flee into the night.

Later, I realize that it would be best to stay out of my father's way for a few days, in order to let his rage cool.

I will still be punished, surely, but it should be less severe if I wait a few days.

I fall in with Gavroche and his gang of urchins for a while and get into a kind of routine.

Sleep, beg, eat, move, repeat. We never stay in one place for long.

"That way, it'll be harder for 'em to find us." Gavroche told me conspiratorially the first night, "You never know who might come lookin, and it's better if we sees 'em first.".

I nod, impressed and confused in equal measures.

"I can never tell what goes on in the head of that street urchin," I think to myself with a smile, a few days later, after a better than usual day of begging.

I am awoken the next day, by a bundle of clothing landing on my chest, startling me out of a dream. I pick it up to find a long coat and floppy hat.

Gavroche looks down at me, "I need your help" he tells me, "but you've got to put on those clothes. Bundle up your hair in that cap".

I do as he says, and then follow him out into the streets of Paris.

Soon we come to a place of Paris that I know and begin nearing the cafe where Marius and his friends meet.

Ushering me inside first, Gavroche follows me in and gestures to me to stand near the back of the room which, I suddenly see, is full of people.

A flamboyant young man whom I recognize as Marius's friend Enjolras seems to be in the middle of giving a speech to the assembled crowd, most of which seem to be schoolboys.

I realize he is proposing revolution. Enjolras gives a rousing speech about revolting and cutting the fat ones down to size and my attention wanders slightly.

Suddenly, with a jolt, I realize Marius has entered the room, and I am suddenly glad of my cap and coat, which make me look like just another student.

The other people in the room ask Marius where he has been and I already know what he's going to say.

He was with her.

Sure enough, I was right, and his friends began mocking him good-naturedly.

A man with a bottle in his hand feigns shock that Marius is in love at last and reprimands him for being late and distracted with matters of love.

He tells Marius he should instead be concerning himself with the battles to be fought.

Enjolras warns of the seriousness of the battle to be fought and the strength of the National Guard.

In a flash of understanding, I realize that these schoolboys are not just throwing words around, they are actually going to do something about the terrible situation of the poor.

I realize Marius will be fighting as well, and I decide to go with them to try and protect him.

Gavroche, who had slipped out at some point, returns.

I begin to wonder how much he knows about me if he knew Marius would be here and brought me here on purpose.

After some trouble making himself heard, he announces that "General Lamarque is dead'' and Enjolras takes this as the hour of fate.

He announces that they must use this as a sign to rally the people and call them to arms.

"On his funeral day they will honour his name," he says, "With the flame of rebellion alight in their eyes. On the tomb of Lamarque shall a barricade rise."

With a shout of assent, the assembled students begin to stream out of the cafe and move toward the Rue de Villette where I gather, there are sections prepared to barricade the streets.

There are also arms stockpiled to fight the National Guard that will inevitably come.

I follow, resolving to try protect my beloved Marius.

I know now, that his love will never be mine.

This breaks my heart but even though he never will return my affections and is in love with another, I still love him.