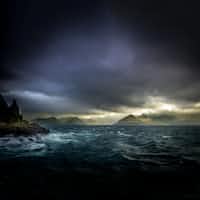 lorewalker Community member
Autoplay OFF   •   6 months ago
Transcript Use Images
Charles Galehart's life had never been easy but for a time it had some joy. Orphaned, and left to an abusive grandfather while his godfather was in a comma, he eventually got back the one family who loved him, but the recent terrorist attacks took even that away from him. Now, all he wants is to find someway to take down the people who took his Uncle Jericho from him, no matter how many boundaries he would have to cross. However, Charles soon learns that these terrorists have allies wielding the darkest of magics, and stopping them will mean risking more then he could ever have imagined. Finding a world with far more to it then even a wizard could know about, Charles and his friends will need to learn quickly or lose everything to those who would see them conquered.
fiction magicabuseschoolmagical beings & creaturesmajor character death