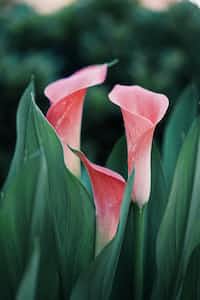 lolalemon360 Oof I'm bored
Autoplay OFF   •   a year ago
Transcript Use Images
Maggie's life story or or it someone else'?

When Maggie was in second grade, she was the most content with life. Well, At least as much as a second grader could be. She was well known and liked by teachers and kids.

But little did she know her life would change...

And her sister, Cari, would play along on the piano. One night, after practice, the sisters headed out and Cari, the older girl by nearly 8 years, Called their Mom.

She was supposed to be here so she probably needed to buy food or something and was running late but just in case they wanted to check.

Maggie Fidled wth the skirt of her green dress that matched her round face, green eyes, wild freckles, and short blonde hair. As she heard one side of the conversation, She tried to guess the other half because she was bored and DESPERATELY needed something to do.

"Hey mom. Mhm.Yeah? What do you mean Emilio's house is on fire?!" Maggie sat up hearing this.

After all Emilio's Neices were her friends and more importantly, he was their neighbor and there houses weren't far apart. When her Sister hung up she looked up at her eyes.

Her big brown motherly eyes framed with glasses seemed sto sparkle with fear although she tried to hide it. Cari simply hugged Maggie tighter until, 30 minutes later, their finally mom showed up.

Their house didn't catch fire but they were trying to sell their house and the siding was all melted and had to be replaced.

When they found a buyer they were still in hotels waiting for the house they were buying to be ready so they went From Mt.Vernon WA To Quincy WA To their Grandpa's house.

A Small house is an understatement for what that house was. It was the perfect size for their Grandpa, Sure. But not for 6 extra people.

One of which had to sleep on a cedar chest then squished in the queen bed with her two teen age sisters because she injured her arm in a sling. But Hey Now, That's besides the point.

After the Family of 6 moved into their new home about a month after they got in a car accident . No one was hurt phisically but that was the last string for Cari.

After a while Cari leaves Maggie alone with her family but still feels empty. Maggie is now in a lock down. But is known around WA by many people who watch some news. But Still is mostly forgotten

Is her name Maggie?

Or is it Lola?