Commaful
The Heir and the Healer - Part 2 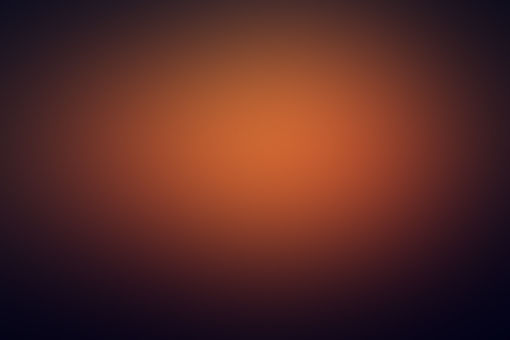 little_wintry Welcome to my dumpster of deleted scenes
Autoplay OFF   •   2 years ago
Transcript Use Images
The Heir wakes for a second time, and finds that she's not in any danger - rather, she's being helped by an unfamiliar woman.
fiction lgbtlocal immortal learns human stuffmore at 11unedited

The Heir and the Healer - Part 2

When the Heir woke again, there was a sharp stabbing pain in her right side. She winced at it, before there was a soft sensation on her upper arm.

The Heir's eyes struggled open, and the woman was there again, this time kneeling over the Heir's body.

The Heir's shirt had been cut away, and the woman was tending to a large slash across the the Heir's abdomen. The Heir's tongue was a weight in her mouth, and all she could do was stare.

Finally, it's as if the Heir's mouth caught up with her brain. "What... what are you doing?" She croaked.

"I'm tending your wound," The woman said simply. "Don't be afraid, I'm not going to hurt you. I'm only here to help."

"I am the Asularin, Heir to the Heavenly Throne-" The Heir said, beginning to sit up. "I do not-"

The pain flared up, and the Heir fell backwards onto the bed. She shut her eyes tight, sucking in a breath through grit teeth.

The woman placed her hand on the Heir's. "Just relax."

The Heir had never seen a human like this one. Most were trembling in fear, or fighting her. This one was completely calm, at ease.

"Don't-" The Heir winced again at her pain. "Don't you know who I am? I am the Asularin, Heir to the Heavenly Throne-"

"Yes, so you said," The woman said, her lips flickering with a smile.

The woman tilted her head, that same small smile on her lips. "No, not now. You passed out last time you tried to do anything. And even the child of a goddess still has her limits. Now, will you be still and relax? I can stop this from hurting, but I need you to cooperate."

The Heir's head was spinning. Humans feared her. That's all humans ever did. They were lowly runts, scampering around trying to keep themselves together. They only knew fear and hate.

But this human... was helping her? And why?

"What do you want?" The Heir said after a moment.

The woman looked at her curiously. "What do you mean?"

"You are helping me. What do you expect in return? Gold? Power? Mercy?" The Heir's eyes narrowed a fraction. "You will get none of it."

"I don't expect anything," The woman said. "I'm a healer. It's my sacred duty to help restore any who are injured."

The Heir could sense she wasn't lying. This day was getting stranger and stranger. Humans only looked out for themselves. They had no compassion, no mercy, no empathy.

Yet this human, this one lowly mortal, had taken the Heir in, had brought her back from the brink of death, and expected not a single coin in return.

The Heir decided to close her eyes. The sunlight was beginning to make her head throb.

Instead, she focused on the woman's touch. It was alien to the Heir - she had only ever been slapped and grabbed by her mother, her touch rough and commanding.

But this woman was careful, precise. Her touch was like cool rain on a summer's eve, gentle. She moved with practiced presion, applying salves to the Heir's wound before bandaging it up tightly.

The Heir knew she should be on her guard - she was an animal with her stomach exposed. She was helpless.

But even after a few moments, the Heir felt the tension in her shoulders relax, comforted by the woman's soft touch.

The Heir had almost drifted off back to sleep. It wasn't until she heard a soft metallic noise that she opened her eyes again.

The woman turned to her, a kettle set over a fire. "Would you like tea?" She asked.

"It's leaves soaked in water. It gives the water flavor. It's quite nice, and might help you relax."

The woman grabbed a few leaves from a nearby pot, placing them in the kettle before stirring it with a wooden spoon.

When the Heir gave no answer, the woman half-raised her eyebrows. "I'll make enough for the two of us."

When the tea was finished, the woman placed a cup on the table by the Heir's bed, and even the Heir couldn't deny it smelled heavenly.

The Heir managed to prop herself up a few inches, gently grabbing the warm mug and taking a small sip.

It smelled faintly of lavender, and the warmth was a welcome sensation to the Heir's aching body. She and the woman drank their tea in silence, and the Heir felt her eyelids begin to droop.

"Getting tired?" The woman said with a small smile. "It's okay. You need the rest."

The Heir felt a sudden warmth in her face. "No, I do not need rest."

The woman looked down at the Heir with that same soft expression. "It's alright, really. I can get you a blanket. Your body should rest. Even my healing can only do so much for these wounds."

The woman turned around and grabbed an old, handknit blanket, draping it over the Heir's body.

The woman gave the Heir one last look. "What is your name? I don't believe you ever told me."

The Heir gave her a blank stare in return. "I do not have one. I am the Asularin."

"T-That's just a title," The woman said, confused. "What do other people call you, then?"

"Asularin, or Heir." The Heir pondered it for a moment more. "Sometimes child."

The woman's brow knit together, and her lips pressed into a thin line. "You're more than just your mother's daughter, aren't you?"

What the woman was proposing was preposterous. "No." The Heir said plainly. "I am her Heir. I live to serve her, and when she dies, I will take the Throne."

A brief glint of sorrow flashed across the woman's eyes. "Hm. We should give you a name."

"Names are a weak human custom," The Heir said. "Individuality is a false construct. The only way to victory is complete and utter unity."

The woman shook her head. "I don't know who told you that, but they were wrong." The woman tilted her head. "Names give purpose, give a sense of humanity."

The woman was still for a moment. "I think you have potential to be a very interesting woman, if you let yourself be free for a moment."

Freedom. What a strange concept to the Heir. If there are no orders, what does she do? Who is she, without her mother? Without her duty? She is no one. She is nothing.

She has only known war and strife.

Like the woman can sense this inner conflict, she places one hand on the Heir's shoulder. "Names matter. They give you a sense of belonging, and I want you to belong."

The woman titled her head. "How about Rin?"

"Rin," The word danced on the Heir's tongue. It felt strange almost, and she felt like she shouldn't be doing this. She shouldn't even think about having a name.

But Rin. A name. A simple name. A sense of person. A brief moment of freedom.