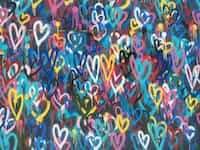 lina_samurai 💕I'm in love with Katsuki Bakugou💕
Autoplay OFF   •   a year ago
Transcript Use Images
EEEEEEEEEE!
fanfiction lovemhabakugoulina mha fanfiction

~Bakugou's POV~ Why the heck does she have to look at me like that? Bakugou thought as her orange eyes sparkled at him. "Kirishima put me up to this," he said, looking away. "He thinks that we should...be more than friends or something like that."

Lina blushed with a small smile. Holy crap, she's so hot, Bakugou's mind said. "But of course you don't like me or anything," he said with a shrug. "I never said that," Lina said.

"Then you do?" Bakugou asked. "I...I never said THAT either," Lina said quickly. "Which one is it?" Bakugou asked demandingly. "Do you like me more than a friend or not?"

"No. Like...LIKE YOU like you," she said. Bakugou inhaled sharply. "You mean you-" "I have a crush on you," Lina finished for him. Holy crap, he thought. I never saw THIS coming! A girl has ACTUALLY fallen for me!