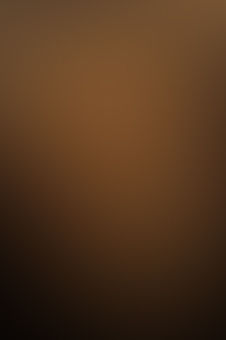 larz36 Community member
Autoplay OFF   •   7 months ago
Transcript Use Images
Saying no can be hard. But saying no when you don't feel like you can is even harder. Trigger WARNING: Sexual Assault, Rape
poetry consentme toometoofreeformfree-form consent poems

When was the last time you said "yes" to something that made you uncomfortable for fear of saying "no"?

And I don't mean fear as in, "I'm afraid they'll be mad at me." I mean fear for your life.

Fear that by saying no, you will be hurt.

Fear that by saying no, you've given up the option.

And I don't mean like "oh, but you said no, and no is always an option." I mean like, if I say no, I will be forced, bodily into the thing I want to say no to in the first place.

I mean, that I never felt like I had more than one option to begin with.

I mean, that after spending a nice night with a guy and he asks if I want to go back to his place, and I say "yes". "No" is no longer on the table.

I mean, that if at that point I say "no" I fear for my life.

I mean, there is no "Netflix and ACTUAL Chill".

I mean, there is only sex because he bought all my drinks.

I mean, that I am too drunk to fight off someone bigger and stronger than me.

I mean, that consent is not just about not objecting.

I mean, rape is not just about saying "no".

I mean, that rape is about feeling safe enough in your situation that you don't have to fear for your life if you say NO!

I mean, no one asked me.

I mean, no one ever taught him that the sexiest thing you can do is ask.

Because then I know I have the option!

Because then we both know I'm saying yes.

Because then when we both sober up, I don't feel violated and scared and you don't have to worry about a lawsuit.

One you'll probably come out on top of, because I have a uterus and who am I to say who can and cannot enter my "sacred temple".

But I'll have to be swabbed, and poked and prodded, and asked to relive that very blurry night repeatedly.

The one I can't really put words to because it's just a little too foggy, but its the night I can still feel on my body.

The one that I drink to forget. But if I don't mix my drinks just right I get the kind of drunk where all I can do is live in flashbacks.

So I take a scalding hot shower to try and wash away the feeling.

Scrubbing and scrapping at my skin until it bleeds, because then the hot water makes it sting; but it's the best sting in the world because then I can't feel your hands on me.

When was the last time you asked a question? And were open to the answer?

When was the last time you didn't just take what you wanted; but you asked someone else what they wanted.

When was the last time you bought someone a drink just because you wanted to have a conversation with them? No expectations, no hidden agenda.

When was the last time you tried to get to know someone for the sole purpose of learning a new mind; not what their body can offer you?

When was the last time you couldn't say "no" because you feared for your own life?