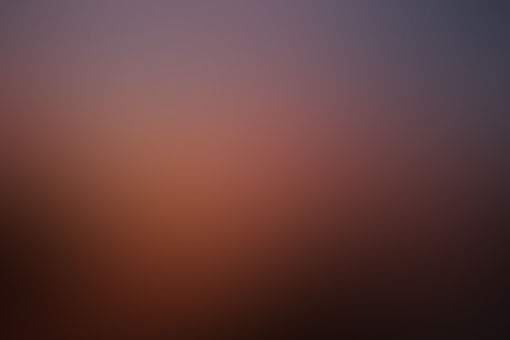 koolkavi Community member
Autoplay OFF   •   2 years ago
Transcript
I've wanted to write a novel for a while now and I though of this idea. This is just a draft of the prologue. I would like to know if this is a good idea to it and if I should continue. It's a romance, sci-fi, fiction, and mystery. I would like to know what you think.
fiction idearomancetipsprologuefictionfantasysci-finew most romantic fantasy storiesmost romantic idea storiesmost romantic tips stories

I was running on the rooftops of glass windowed building on a small sloped hill as splashes of rainfall water rose from under my foot as every step I took.

It was a bit beautiful as the water came up to my face and the sun made the droplets glister into my eyes.

A taller building suddenly stumbled along my path and the Krochan, a robot like android controlled by another human, was getting closer by the passing second.

To my left, the hill descended and I followed along the rooftops that led me to the bottom of the hill.

I swiftly change my route and start leaping from rooftop to rooftop of homes on the slope of the hill.

I checked how much closer the Krochan had gotten to me and suddenly feel a small pain on my knee.

There was a boy, on the side a a balcony leaning upon the rail staring down to the ground as a beam of light was circling around while falling down.

I figured it had to be his phone but couldn’t stop to apologize.

As I crossed him from leaping to the next rooftop, our eyes met, and as I stared into them, I saw a mixture of anger and confusion.

When my feet felt a shake as I hoped on the next house, I got a incoming message from my headpiece from Michael asking for my relative location. I quickly replied as I was gasping for air,

A round a minute had passed by and I approached the front of the bridge and was greeted by a small spherical android which I put a purple colored cube into.

At this point I heard a rumble like the ones you hear from a bullet leaving the barrel of a gun. I turn around and gaped upon a couple of small missiles targeted at me.

I pick up Trigger, the small android, and run across the bridge. An explosion happened behind me and hand sized sharp piece of concrete was pierced in the side of my shoulder.

I struggled back up and started running again as I left a trail of blood was following me.

Painfully I took out the shard while I was running and heard another rumble and witnessed a couple more missiles aimed at me.

Another explosion happened and I was recoiled from the blast into the river below the bridge.

Trigger followed me into the river and I used Trigger as a how a helpless cub would use a log as the current washed the cub away.

I was washed away just like the shattered pieces of the bridge followed.

Due to the fatigue and the pain that resulted because of the semi-deep hole in my below my collarbone, I passed out on Trigger.

I was woken up by Trigger from it bandaging my shoulder up on the side of the river where the current had weakened.

I got up and came upon groups of abandoned warehouses and decided to take refuge within one until I healed up.

There were vines an growing on the walls and birds chirping which I could see through the partially broken down ceiling.

There was also lots of desks and a working computer on one which looked like it had just been accessed.

I went to check it out to make any contact with headquarters but passed out again on a large stack of damp newspaper.

I woke up from the annoying sounds my alarm made and smashed it until it either broke or turned off, I don’t really know.

I wake up as normally as any 17 year old would, like a lazy guy that doesn’t really have any point of doing anything.

But still, I decided to go do my regular routine of like every other weekend.

I hear Ellen, my mom, banging kitchen utensils together preparing a feast for me since she’s going on a business trip for the next few days. For one, she wasn’t normal at all.

She was only good at making sandwiches, eggs and bacon, but everything else tasted like crap and she knew it too.

She also walks around the house stripped only wearing underwear and a sweatshirt that covers up almost everything.

She is the type of girl who is touchy and wants hugs from people and I occasionally am bullied by her clingy personality.

As most most people would think this is weird, but I've gotten used to this and accepted it, but she is everything a son could be happy for.

was my dad. At that time he was a man who worked in the biochemistry department and then created his own company called D.S.

V, Dragons Scale Vaccine, to create a project on creating a vaccine for the Dragons Skin. As he and his team almost completed the cure for it, he was affected and died.

At this time, Helen was a student studying biochemistry to aid in creating the vaccine, and she did.

One year later the work he created and his team continued was prestigious and is now seen as what helped the world from all the pain and suffering.

Just until 2 years go the vaccine was working fine but people started having symptoms again and so my mom is going back again to make a more effective vaccine.

Either way, I didn't really know anything back then because I was only about 5 years old so it didn’t really affect me.

After the breakfast, Helen told me to not to skip school today as she was getting ready to leave, but it was still early, early enough to think it's still midnight,

so I went outside on the balcony looking at my phone. I held it tightly because the ground was wet from the showers that were happening this morning, and I didn’t want to trip and drop it.

When I got the the edge of the balcony, I went on social media and read that D.S.

V was attacked by a terrorist group called Snafu and stole a high tech piece of equipment that is classified just around a half a hour ago.

As I continued reading on more details my phone was kneed by a girl who jumped from the top of my roof.

It fell on the ground and because of the wet surface, my phone slipped off the balcony down to the ground.

I was disappointed in myself because I didn’t catch it and angry at the girl, but for a split second, our eyes met and hers were full of fear but saw some bravery as will.

As she landed on the top of the next house, I heard loud thumps and saw a Krochan, a android police officer for D.S.

V, pass right above my head, and though what this girl could have done to be chased by a Krochan. With disappointment, I went back inside and told Helen everything.

In return she gave me one of her cards to get a replacement phone and a hug. I clean up the place and get my skateboard to ride outside.

When I go to close the doors to the balcony, I saw an loud explosion followed by a big bang on the Red River Bridge, and being the guy I am,

I disobeyed Helen’s order on not skipping school and skipped school to see what the commotion was all about.