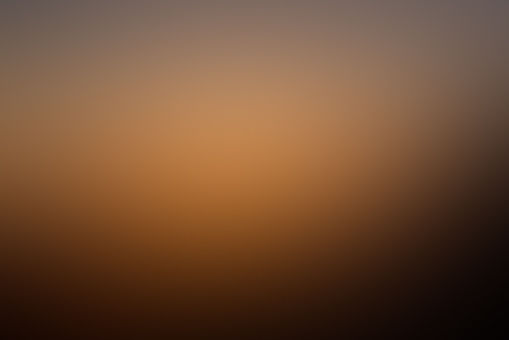 kingbicy Just trying to entertain people
Autoplay OFF   •   a month ago
Transcript
A determined girl enters in a contest to have her wish granted, but it's a dangerous game as she rushes forward.
fiction dream-realityfantasyplatformingsuccess

"It's almost about that time, everybody!

In a few minutes, everyone will get their chance to go for the legendary Sir Ajamu's sword, but as you can see there will be problems besides the other contestants!

" the stylish, shiny announcer shouted from his booth above the playing field.

The playing field consisted of several multicolored, flat platforms that hovered over a pit of green goo.

Large, blocked stairs on black asphalt led up to the platforms over the goo, and stuck in the center-most platform and surrounded by metal bars, under the announcer's floating booth,

was the ancient monochromatic Ajamu's sword.

"Do you really want to do this, Danielle?" a girl asked her purple-haired friend.

"Yes, I'm still going to do it, Abby. This is my big chance," Danielle replied.

"To do what? Die in a stupid competition?"

"You know that they say Ajamu's sword can grant wishes and success. Plus, I can defend myself with it."

"I don't want to be that person, but your wish isn't that hard to accomplish."

"My dream is one that no one else can fathom. It's not just a desire, it's a necessity for my life," Danielle said.

"Whatever. I still don't think you should be doing this. Didn't they make you sign a waver before entering?"

"Yeah, but doesn't every contest make you do something like that for safety reasons?"

"That's the problem! Your safety is in danger here. That goo isn't just some slime for laughs."

Testing the goo, Abby threw a pen she had on her into the deep pit. The girls leaned over and watched as it slapped against the goo, doing nothing except getting stuck.

However, a second later, the goo ate the utensil and swallowed it whole, never to be seen again.

"They don't call it acidic tar for no reason on the waver," Abby commented.

"Look, you worrying sounds like you're doubting my skills. Do you really think I can't win this?"

"It's not about that. It's the possibility that something bad will happen, and I'll lose my best friend."

"I already signed the waver, so I have to do it now. It said it plain as day on there."

"I should have drugged you or something so you would miss the time."

"One minute until we begin!" the announcer informed on the speakers.

"I promise, Abby, that I won't do anything dangerous after this. You have my word on that."

"I wish I got your word before this event!"

"Alright, contestants! It's time for the race to begin. Who will win this dangerous dance to the legendary sword? Count it down with me audience at home! Three... Two... One... Go!"

Once a buzzer sounded from the speakers, the contestants were released onto the playing field.

"The first test is the six feet stairs. How are you going to deal with those?" Abby asked her best friend.

As easy as she made it sound, Danielle climbed up all eight solid cubes and reached the platforms where she spotted the other contestants.

Well, including Danielle, only four people made it to the platforms out of eight. The other four could be seen struggling with their climbing.

"Alright, I see the sword. The rest is just as easy, right?" Danielle thought.

Sadly, it wouldn't be that easy. Right when a contestant jumped towards a platform, he never got to set foot on it. The platform vanished from sight, and the man went falling into the pit.

His sad screams of sorrow didn't stop until the goo ate his vocal cords. As if it had played a joke, the platform reappeared in the same spot.

"Ouch, sorry, but I did say you have other worries than just competitors," the announcer said.

"We did sign up for this, but I can't let that happen to me. Do all of these disappear?" Danielle asked herself.

Before moving, the girl examined the many platforms and noticed that only a few disappeared, but they eventually came back after a short amount of time.

As for the others, they varied from elevating to electrical hazards and other dangers, making them just as dangerous as the first seen.

"Alright, I think I got the layout. I'll have to go a little to the left since my path has too many liquids, and I don't want to test what they are."

Jumping into the danger zone, Danielle landed on a panel before it could vanish. Then, she continued to move forward, avoiding a bear trap, acid, and even glue.

At a steady pace, she adjusted to her left where a contestant was getting closer. In fact, he was heading straight for her.

"I'm the only one who gets the sword!" the messy man declared.

"Then why aren't you heading for it?!" Danielle questioned.

Stopping on a platform, Danielle immediately remembered what its hazard was. So, she leapt off when her opponent got closer, making him fall for the trap.

When he stepped on it, a cage sprung out of the panel and captured the competitor.

"Should have had your eyes on the prize," Danielle commented as she continued on.

Once the other participants made it to the platforms, Danielle could hear multiple screams as people either fell off or was injured from a hazard.

"Oh my gosh! Five contenders have been eliminated, and one has been caged. That only leaves Danielle and Nick.

Matter of fact, they're both pretty close to the sword, but how do they plan to free the sword from the cage?" the announcer boomed.

"Oh, I've already thought of a way," Danielle thought while avoiding another trap.

The girl finally reached the sword, landing on its platform, but noticed through the bars that Nick made it at the same time.

"Hey, Danielle, right? I don't want to fight, but I need this sword," Nick said.

"Can you get it before me though?"

As Danielle spoke, she punched the cage's bars and ripped them apart, making an opening for her.

The ginger man hurried around the cage and grabbed the girl's shoulder. Instinctively, Danielle quickly punched Nick in his stomach, knocking him off the platform.

Sadly, he fell into the pit instead of onto another panel. The assailant could do nothing but watch as the man fell into the acidic tar.

"I... actually killed him. Did I really have to? Was the sword really worth it?"

Slowly, the girl touched the sword's handle, ending the competition.