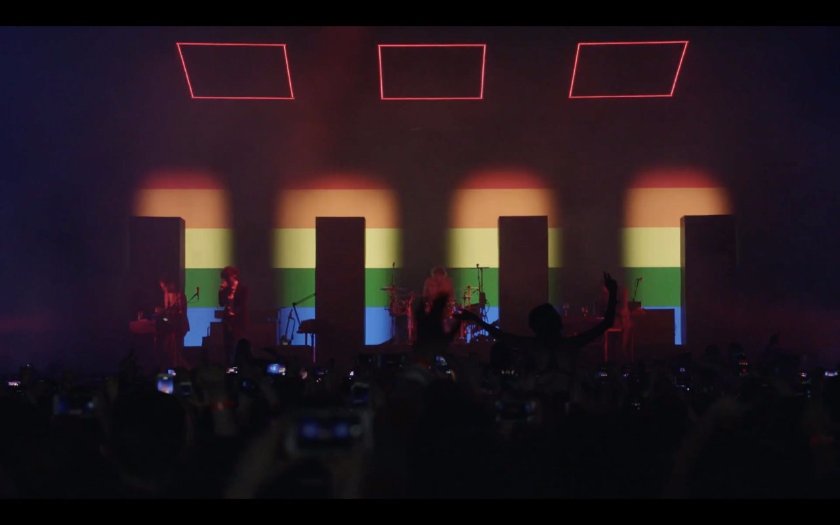 kiki7 Community member
Autoplay OFF   •   3 years ago
Transcript
Music got me thinking...

it also got me writing

So many people say how their favorite band changed their lives. They were going through some tough time and their music made them strong enough to continue. But that never really happened to me.

Instead, The 1975 made me realize some important things. My friends were hurting.

It first started when my friend came crying to me. He told me he told his friend he was bi and that friend told their friends because she found out he didn't like one of her friends.

Her friends started talking shit and basically he lost all of his friends because "They felt uncomfortable around him" >,> So I lowk started a fight with them... hehe

I'm the type of person that if you ever hurt my friends I will definitely hurt you. Yes I'm a good friend... until you make one mistake, I will never forgive you.

I can name three people who are in the LGBTQ+ group and there's nothing wrong with them. They are nice, funny, and the best friends I ever have. That's what matters. Not who they like.

Seriously it's their life ok. Stop acting like you can control it. And what's in it for you? So what if that girl is kissing that other girl! Is it physically hurting you? I think not.

Then, my favorite band The 1975 posted a Loving Someone music video. Basically supporting the LGBTQ+ group. This all happened in one week and suddenly it just hit me. I need to do something.

I decided to write. When I have a problem I always write it down no matter what.

When my parents were fighting, I wrote my feelings down. When my sister acted suicidal, I wrote how I felt. When I started liking my best friend and he backstabbed me, I wrote it in a poem.

Not only The 1975 got me to stand up for my friends, but it got me to write my first 'book'. Usually I start with a broad idea thinking it's going to turn out well but in the end I never finish.

But this time, I wrote with passion and I finally wrote my first book. So my favorite band helped with with my favorite things in the world:

That's why I believe music (and maybe a little heartbreak) is the right ingredients for writing ;)