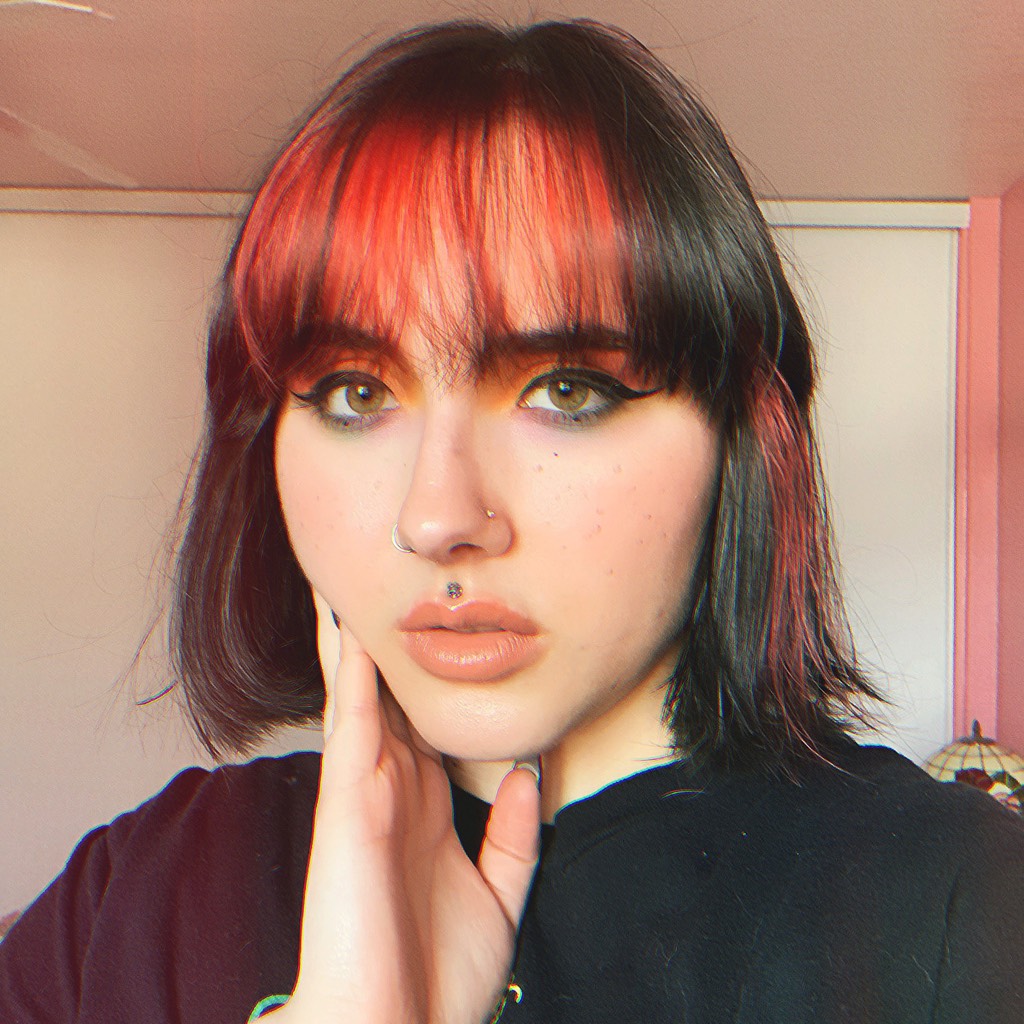 kianamp in love with the art of poetry
Autoplay OFF   •   7 months ago
Transcript
the beautiful fervour of love finding its way through energy and connection, even in tragedy.
romance loveforbiddendreamsadromance

she awoke to the subtle sound of his hand moving across the sheets. once placed facing up, his palm now tranquilly slipped underneath his pillow, revelling in the cooling sensation.

she could feel his enjoyment through his closed eyes, as they crinkled slightly upwards absently. she revelled in his presence.

a mop of dark hair disarray, a jaw cut from steel, and lips seemingly softened by silk. these were the highlights of his beauty on this fine sunday morning.

she slowly turned over to her right, already dismissing the sad feeling of losing sight of him, and checked the time. 7:48am. 12 minutes. she had 12 minutes left with him.

she closed her eyes in discouragement. it took 12 minutes just to wake him up.

she turned back over, and carefully set her warm hand on his bare shoulder. her heart skipped once her fingertips felt the heat of his body. it felt like it was all new again. it wasn't.

she calmly nudged him, blowing a bit in his face. his nose scrunched up, but his eyes remained shut. she nudged a bit harder, intensifying her stream of air.

his hand sleepily rose to wipe his face, signalling he was waking up. then, as softly, but sturdily as she could, she said his name:

"Arien" he breathed in deeply, slightly stretched his limbs, but to her surprise, he opened his eyes.

she held her breath as to not disturb the moment. his eyes were staring towards the ceiling, still taking their time to wake up.

however, she could still see the gleam of his eyes, glowing brighter with the rising sun peeping through the bedroom blinds.

as grey as they were, she still couldn't believe the vividness to them. they screamed such life, given their lifeless colour.

it wasn't until they were set on her, that she let go, and started to breathe again.

some people say that the people they are in love make them lose their breath. but, she came to realize that when she was in love, they helped her breathe again.

and, Arien has proven to do that with just his gaze. because in his gaze, was everything and anything.

"Good morning, snowflake." his voice made her feel warm, despite her bare arms having been cold from the corner fan. she smiled and laughed a little.

"Good morning, dreamboat." he laughed, and rubbed his eyes. almost as if she knew, she scooted back as he scooted forward to check the time. she knew what he was thinking.

his face fell once he noticed the time. 7:53am.

"Is that the real time?" he sighed and looked at her hopelessly, she sadly smiled and caressed his face with her hand.

"I'm afraid it is. I guess today is 7 minutes." she put his calloused hand over hers, and kissed the palm of her hand on his cheek. his usual lively eyes seemed more sullen than usual.

she was sure hers looked the same.

"Alright, 7 minutes it is." he took her arm, and came closer to her. she wrapped her arm around his neck, as his taught arm laced around her waist.

his scooted over until he was inches away from her face, his lips grazing hers. he quickly noticed the water forming in her eyes, and she really hoped he wouldn't.

she didn't want to spoil this moment with him, but the look on his face told her she already had.

"Roya, what's wrong?" she looked away, silently yelling at herself for not keeping her composure.

"I really hate this, you know?" he looked surprised for a second, so she corrected herself.

"I hate how this is how we can love each other." he nodded, and looked down. she felt his forehead skim her lips, and she forced herself not to kiss him.

"I hate it too. But, it's better than nothing, right?" he looked up, his eyes meeting hers once more. she nodded, and noticed how his eyes fleeted behind her, and back to her.

she noticed his eyes watering a bit too. that's when she knew. she looked behind her, and checked the time. 7:57am. he grabbed her chin, and softly tugged it, so that she was facing him again.

"Hey, hey, let's not focus about that. We're here, we're together. We have 3 more minutes, and I want to spend the last 3 minutes seeing you smile, not cry.

" he slipped his hand down to her side, and wiggled his fingers lightly. she let out a squeal, which made him laugh. she gripped his arm, and pulled him, so that he was laying on top of her.

she had never felt so full and sure about anything in her life.

"I love you, Arien." he smiled, and looked her in the eyes. he had never been so full and sure about anything in his life.

"I love you too, Roya." she pulled him down, so that their lips could finally meet.

she opened her eyes, still feeling the remnants of his lips on hers. she reached her arm out beside her, to see if maybe this time it was different. that something changed.

that something glitched, and that his bare skin would reunite with her fingertips. but, there was nothing. she took the courage to turn around, and see what she had felt.

The nothingness she was met with every time. she turned back on her back and sighed in utter sorrow.

she reached up to touch her necklace, the smooth glass the only comfort she had right now, as she whispered to herself:

and with all her might, she wished that maybe he had heard it.