Commaful
The Only Moment 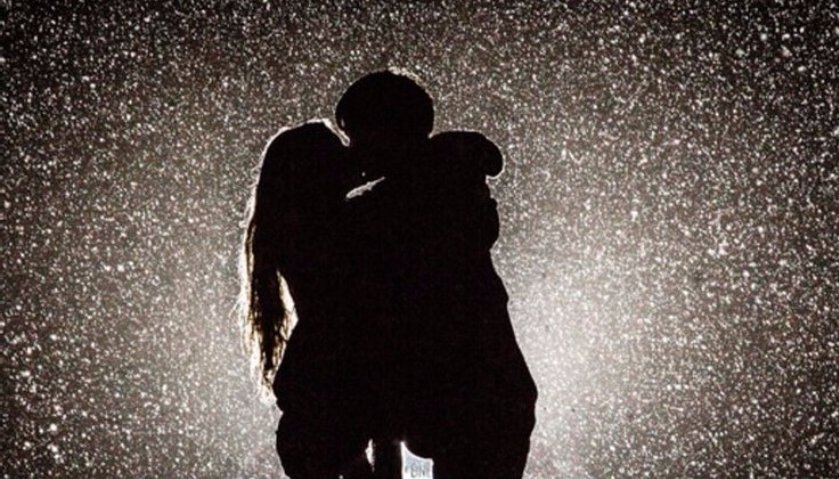 They stare, in awe.

Her breath comes out in short puffs, disbelief coating her features. She can't believe it's actually him. She hadn't seen Jasper in years, even since her older brother's wedding.

He brushes his cold hand against Annalise's warm cheek, wanting this moment to last forever. He leans forward, closing his eyes as her sweet scent infiltrates his senses.

She knew this shouldn't happen. He was her brother's best friend. She was the little sister. But she was older. He was older. Her brother couldn't control them.

"Jasper." She whispers, his resolve weakened.

Having spent most his life trying to live up to everyone's standard but his own and giving up on things he wanted, Jasper tilts his head, capturing Annalise's lips with his own.

Annalise is vaguely aware her hood had fallen off, the melting snowflakes ruining her hair. But she can't focus on anything but Jasper's lips against hers. The soft caress. The gentle tug.

This, he realized, was a kiss of love.

But as he pulls away slightly and sees Annalise's face, a smile pulls his lips. Her wistful expression, the smile curving her lips, has a rush of heat pulsing his heart. She was all he needed.

They laugh, not believing it.

It happened so suddenly.

Annalise frowned, feeling a sharp pain in her head.

She stumbles back, out of Jasper's arms. She holds her throbbing head in her hand, blinking furiously when her vision begins to blur. "Annalise?" He says in concern, catching her as she falls

Her lips move, trying to form his name. Her eyes roll back.

Her breathing becomes weak. Jasper desperate dials the emergency number, tears welling in his eyes as he helplessly watches Annalise drain away. He keeps her head against his shoulder.

Sirens blare. Yelling ensues. Jasper hears none of it.

He rides along in the ambulance, watching as they try to stabilize Annalise. His heart sinks as they begin CPR. They shock her chest a few times, then the yelling stops. It's silent.

He stops listening, blinking as he stares down at Annalise. His love. She never knew how he felt about her. He never got the chance to tell her.

Jasper later learned she had a brain aneurysm, that had been developing for some time. It's highly unlikely for someone her age to have one, but it happened. They only had that one moment.

That right moment which turned out to be their only moment.