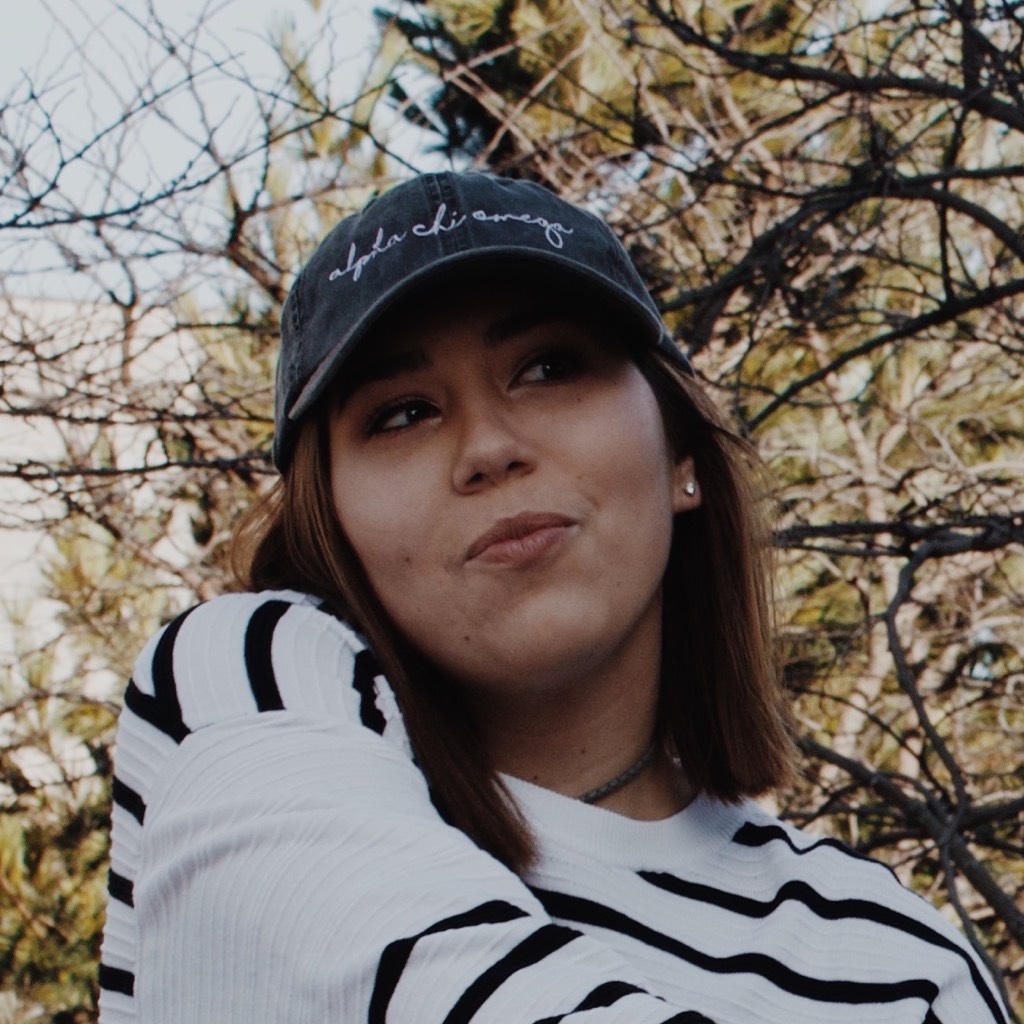 katy_engelbrech Its Katy, just Katy
Autoplay OFF   •   2 years ago
Transcript
The next morning, a raging hangover wreaked havoc on my day. The bubbles had gone to my head and now the only left was an empty brain, void of any decisions made past a certain point in the night.

The next morning, a raging hangover wreaked havoc on my day.

The bubbles had gone to my head and now the only left was an empty brain, void of any decisions made past a certain point in the night.

In particular, past the point when I took Lizzy to the treehouse. I faintly remember her losing her shoes.

I might have left them somewhere, honestly, I couldn't tell you where or even if I for sure did.

Regardless, 2016 had started as all good stories start, with plenty of booze, because who starts a good story with salad? My body screamed as I made my way downstairs.

-try to keep it down

then shut off again. Gulping water and trying to poor cereal without the sound of Rice Chex clinking against a ceramic bowl reverberating on my ear drum, I noticed a note on the counter.

I am eating breakfast with Greg. Date guy from earlier.

Something told me that this breakfast might have been an extension from last night. This fact both made me a) happy for my mom and b) disgusted by my mother's sleazy actions.

Regardless, I had the house all to myself. Everytime this happens it's like a miracle graced from god! No annoying noises. No obnoxious laughter about my mother's charity circle.

No loud conversations about work. The best of all, no harping.

It just so happened that at this exact time, Lizzy Bright would be waking up with a splitting headache as well along with a fiery stomach full of, as previously called, butterflies.

Although, unlike me, she was graced with the gift of a fully comprehensible night. So that morning when I would have been enjoying the house to myself, I heard a distinct ring.

Assuming it was my mother, I picked it up, only to find Lizzy Bright on the other end.

"Hey. How are you feeling this morning?" Her voice grumbled on the other end.

"Fine except for a small headache. Nothing a bit of blue Powerade and cereal can't fix. How about you?," I tried not to crunch my mouthful of cereal directly into the phone.

"Threw up a couple of times and managed to get some crackers in me,"

"So, I was just wondering if you remembered much about last night?"

"Oh, I think I put your shoes on the back porch! If you left anything else, it's probably still up there,"

There was a quick silence, "Yeah, the shoes, that's what I was asking about. Thanks." You could easily tell that wasn't what she was wanting to ask.

Her voice shaked with surprise as she quickly covered up her previous question.

"Yeah no problem! Need me to bring over Poweraid? I have a surplus,"

"Actually, that would be fantastic,"

"Okay, I'll be there in ten!" I quickly hang up the phone and ran into the shower. I felt the steaming water wiping all the bad choices from my skin.

I quickly threw on my patent pending, Chase Donovin, uniform, dark wash jeans with a white shirt and a classic pair of Vans.

As I was leaving my room, I tripped over a bag with an empty champagne bottle in it. Ah, the remains of last night. I flung the sack over my shoulder and threw it out with the trash.

I felt my back pocket buzz to life. It was one of the many reminders for myself; per usual, it was a list. I quickly scanned the lines:

Be Nice to Mom

Clean up your room. It's a mess. OCD going crazy

Try to stop making so many damn lists.

I cleared it out and continued walking to Lizzy's. When I reached the bright red door, I felt a swell of happiness.

There was just something about being close to the girl who I was going to end up with. If there is one thing you should know about me, Chase Donovin is not a quitter.

Except for once in the third grade, I was not cut out for karate. We learned this after I broke my arm on the first day.

The bronze dog head knocker stared at me as I stood there waiting for an answer. The door swung open in a flurry of frustration.

We can go hang in my room," she led me to a spiral staircase in the corner and started to climb. Pushing bile back into my stomach, I exerted all my energy to reach the third level of the house.

Lizzy's room was a converted loft. Her two younger twin brothers occupied the second level. They were a welcomed accident to the family and often were living with the at home nanny.

"Where is everyone?" listening to the silence of the house.

"Oh, they went to breakfast at my grandmother's house.

Unfortunately, I was suddenly diagnosed with a 24 hour stomach bug," I looked at her funny, "No worries, it's just hungovericidous, easily cured."

I had to laugh a little. It's funny thinking that Mr. and Mrs. Bright both thought their daughter was a pure angel. I mean, I do too but, at least I see her dark streak.

For example, once when we were twelve, Lizzy decided to let a friend's mom dye a strand of her hair pink. Her mom never found out until it was time to cut her hair. Mrs.

Bright nearly died when she saw the grown out hidden highlight. Personally, I always liked the pink streak. It reminded me that the thing that makes Lizzy Bright perfect, is her imperfections.

I sat on Lizzy's giant poof of fur awaiting instructions, "So what's up? You seemed kinda weird on the phone."

"Oh, nothing. Do you have the goods?" I handed her the chilled bottle of blue magic liquid. She nursed the bottle taking cautious sips. She stuck her tongue out questioning if it had turned.

"Yep, you've been blowing or eating smurfs," I simply nodded feeling suddenly a little uncomfortable. She gave me a face that said, "Don't say that!" and a sly chuckle.

Her brown locks were constrained by a bun resting on her head. I wish she would let them fall down her back like usual.

"So, can you believe Thomas and Taylor? Did not see that coming," she rolled onto her stomach resting her head on a decorative pillow. It was true. No one, saw that one coming.

Turns out Thomas took Taylor home. Apparently she woke up, saw Thomas and decided to stick around for a bit. It was already one in the afternoon and they were still celebrating the new year.

"Stop. You are going to make me gag," I grabbed the pillow that was next to me and tossed it up to her.

"Hey! You can't do that!" She threw one back at me, letting her head fall back, "I'm suffering from hungoverocidous!"

"Well it must be contagious," I moved to look her in the eyes. She was hanging off the end of the bed staring up at me with her almost black, brown eyes.

Her lips were pressed together in a small grin. I stood that way for a moment. I could have stood there for forever, unfortunately, two matching boys ran into Lizzy's room.

Each one had matching blond hair and the same soulful big, brown eyes as Lizzy. Thank god for their monogrammed clothes. Without them, no one would know the difference.

"Chase!" the boys climbed up my legs. I was knocked back a bit as they latched on like leeches. I had to admit they were pretty cute.

"Hey little guys," I lightly wrestled them around the room. I stole a glance at Lizzy. I could see the gears turning in her head.

I didn't know who it was in the picture, but she was the perfect depiction of a girl starting to fall for someone. I was just praying that it was me.

I staid to play with the boys a little before I bid the Brights a good day. I crossed the street back to the world behind the bright blue door.

My mother was cooking dinner, "Hey, I was wondering where you were!"

"Just at the Brights. Lizzy came down with something and I just brought her some stuff to feel better," I stole a piece of cheese from the salad bowl rewarding me with a swish of a dish towel.

"How nice of you. Will you set the table for three?"

Right as I said that, a large man walked into the kitchen. Fucking Greg.