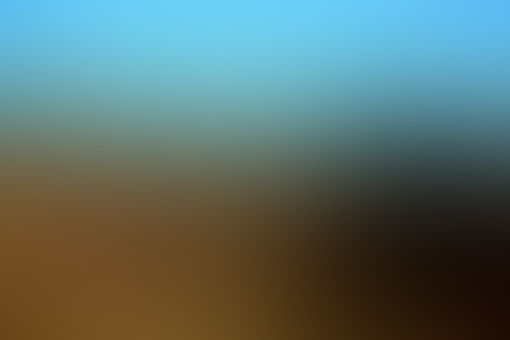 kabeljessica Community member
Autoplay OFF   •   2 years ago
Transcript
I look up at the clock in the classroom then back towards the window. Palm trees are blowing back and forth and the sun is shining. Meanwhile, I am stuck in a boring science class listening to a lecture about a upcoming project. My boyfriend, Jason is looking over at me with a bored look on his face.
fiction time-travel-2018

I went into the future and wish I had stopped it

I look up at the clock in the classroom then back towards the window. Palm trees are blowing back and forth and the sun is shining.

Meanwhile, I am stuck in a boring science class listening to a lecture about a upcoming project. My boyfriend, Jason is looking over at me with a bored look on his face.

The bell finally rings and I run over to Jason’s locker. He leans up against the locker while staring at me with his blue eyes.

My brown eyes make his blue eyes look like they are shining as bright as a star. “Jessica, what are you doing for your project?” I look up to see my friend Samantha walking towards us.

Looking over, I realize that Jason is checking her out, but I cannot even blame him.

She is very pretty: skinny, blonde hair, blue eyes, even skin tone, perfect height, doesn’t have any blemishes. Jason realizes that his eyes are locked on her and turns back to me.

Sam is not even phased because she is so used go guys drooling over her. We all start talking about the science project then hear the last bell ring.

Sam says goodbye to us and I look back at Jason. We start making out in the hallway, then I reach for my keys. “I guess I should head home, my mom will be wondering where I am.

I will see you tomorrow.” Jason and my car were the last two left in the school lot. I walk over to my grey Subaru and watch him walk over to his red mustang.

We wave goodbye and kiss each other one last time. I open the door to the house and see my mom standing there with her arms folded. “Okay Jessica, I can already guess you were with Jason.

” Looking down in shame, I reply, “I apologize, mom.”! My parents and I eat steak for dinner then settle to watch a movie.

All of a sudden, we see this flash of lightening outside then the lights go off. “Mom, what happened?” “To be honest, I am not even sure myself. It was probably a fuse box or something.

” She sends my dad with a flashlight to go down to the basement. Ten minutes later, he comes back up looking frustrated.

“I cannot get the lights back on, it must have been a telephone pole that got knocked down.” Suddenly, my surroundings start to change when I see another flash.

All I can see is a road that looks very familiar. Jason and another girl are standing in the parking lot of a restaurant making out.

My face is burning of embarrassment because he is cheating on me. Finally, I get the courage to walk up to him. In the loudest voice possible, I scream at them: “How dare you do this.

We have been dating for two years since we were 14 years old!” Jason and the girl do not reply, but I can see that Jason is getting in his car and she is getting into a car as well.

Her car is similar to mine. This girl is a stealer for everything, isn’t she? My surroundings change suddenly and I can see a highway.

I think to myself, “what is going on?” I see a red mustang speeding down the highway, then realize it is Jason.

I guess when he was making out with another girl, he failed to remember he has work at 4 pm and it is already 3:50 pm.

It starts to pour down rain and I see the cars slowing down, all except for Jason. I call his phone to tell him to slow down, but he doesn’t answer.

Out of nowhere I see a Jason’s car start to hydroplane and see a semi beside his lane.

His car veers into the other lane and the semi trucker is trying to put on his breaks even though he is in the middle of the busiest highway in Florida. His truck rams into the sports car.

A few cars stop, I am in the restaurant still wondering how I even got here.

I see a guy get out of the truck and start knocking on the window then I watch him pull his phone out to frantically call 911.

I decide to run outside to see if he is okay, but it is blocked off by the time I run towards them. The cops arrive very quickly then an ambulance and a white van.

I see them pry the car open from the distance and see my boyfriend. They put him on a stretcher and tow the car away. I start to feel tears rolling down my face.

I wake up on my couch beside my parents. Somehow, all of us fell asleep in the living room. I texted Jason, and he replied. I told him about my awful dream.

It’s a Friday night and we have plans on Sunday to go out to dinner before we have to go to work. Sunday comes around and I text Jason to ask which place we are going to go out to eat at.

An hour later and still no reply. “Maybe he got tied up at work.” I walk over to my parents who are reading the newspaper.

“Mom?” She looks up at me, “Yes?” “Do you think Jason got caught up at work? He is not texting me back? We are supposed to go to dinner in an hour.” “He is probably working, like you said.

Give it another hour and try to call.” I text Sam and ask her to hangout for a little while. She texts me back, “I am sorry Jessica, but I am trying to get my science project done.

” I decide to watch my favorite television show while I wait. An hour later, I call Jason. This time I get an answer, but it is not Jason, it is his mom and she sounds upset.

“Jessica, can you come over to our house?” I tell my mom and dad what is going on and they give me the go ahead.

I drive over to Jason’s house and pull into his driveway, but only see his parents cars. “Hmm, this seems a bit strange to me.” Slowly, I walk up to the door and ring the bell.

His mom answers with tears in her eyes. “Jessica, I have some devastating news.” My heart starts to race. “Jason was in a car accident last night on Saturday.

” Suddenly, I remember my awful nightmare and start to cry. “Is he going to be alright?” Her eyes start to fill with tears as she blows her nose. “No, Jessica.

” His phone was thrown from his car and he did not have any coordination so he could not text you. My mind started to fill with regrets.

That girl he was kissing was me because we had went out to a restaurant on Friday night before he left for work. His mom said that he was late to work last night and was rushing to get there.

My nightmare has become a reality. I call my mom and explain to her what had happened and even told her about my dream. She is silent on the other line.

“Jessica, I seen the same thing but with you calling me and crying.” My dad got on the phone and said that he seen it too.

Both of them came over and made sure his mom was not in the accident because she seemed to have details messed up, I mean how would we all see this before it happened?

She shows us the paperwork and we see that she was not even at the wreck. On our way home, my dad looks at us as we pull in the driveway.

“When those lights went out, we seen the future, actually we were there.” My mom and I shake our heads. “Josh, our daughter just lost her boyfriend now is not the time for jokes.

” A couple days go by and then his funeral and a ton of tears. My dad is watching the news one night and tells us to come quick.

He points to the headline that reads, “Weird event made people travel in time by a few days due to a power outage.” It all made perfect sense to me now.

I had actually been there at my boyfriends death. I could have tried to stop it, but I thought it was all a nightmare.