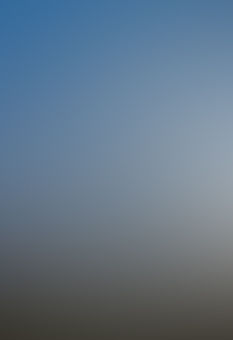 justsomeguy Welcome to lament city, population me.
Autoplay OFF   •   2 years ago
Transcript
What’s Wrong? How many times has somebody asked you, “what’s wrong?” And how many times have you given them an honest answer? Instead of just saying something along the lines of “nothing.
romance confusionloverelationshipsheartbreak funniest confusion storiescutest relationships stories

How many times has somebody asked you, “what’s wrong?” And how many times have you given them an honest answer? Instead of just saying something along the lines of “nothing.

” Or, “I’m just tired.” Most people aren’t gonna sit you down and explain exactly why they are depressed to you just because you asked.

It’s when someone actually does give you a straight answer that you know that it must really be bothering them.

Nowadays I’m constantly being asked what’s wrong, since the burden of trying to hide my self hate and regret becomes so great that it leaks out into my physical appearance.

I so badly want to have a shoulder to lean on, an ear to talk off, a reassuring embrace. But my pride would never allow it, not in a million years.

I can just imagine the look on someone’s face when I tell them about what's been eating me alive this whole time, and seeing the twisted frown or the sad smile on their face.

The look of, “Your still on this? Your still crying about this? It was only a few months!” You don’t think I know that? If I could make it stop, I would. I’ve tried.

I’m still trying to forget about it. It’s been over two months since I last talked to somebody about this cancer. I feel as if I’m going to burst from all this bent up frustration.

But the thing is, I don’t even know what I would say if in some different universe I did actually suck up my pride and talk to somebody about it. There’s nothing else to say. Its over.

Move on, they’d tell me. Why do you still care if all of it has been said and done? Well, I don’t know what to tell you. Maybe it’s just the sympathy that I crave.

Maybe that’s why I want to talk to somebody about it. Because I honestly don’t even know if there’s anything to say.

The shame of all of this prevents me from trying to see if talking about it will help. The shame of being this pathetic. I simply cannot let anybody know that I’m this weak. It would kill me.

I remember back when it was still going on, and how I would relish in the chances where I would be able to talk about it with someone. But even then I felt like a little bitch.

But the overwhelming need to discuss it with another human being was too strong to be ignored.

It still is, but I’ve regained a few shreds of dignity, enough to prevent me from making those mistakes again. As of right now, the only person on Earth that I want to talk to is a psychiatrist.

I’m starting to worry that this isn’t just a momentary lapse of depression that’ll be gone in a few weeks. Because I thought this months ago.

I’m starting to worry that the scars of this disaster won’t ever heal. I pray for the next girl that has to deal with all of the damage this has done to me.

And fear for the day this weight becomes so heavy that I have to at least try to confide in somebody in a hope that it’ll take some of the weight off my shoulders.

Hopefully that day won’t come anytime soon. I just want all this to be over. I’m done with it. I’ve been done for months. But this is my burden to bare.

And I’m the only one that can get me through it. This, reader, is the only thing I’m sure of nowadays. That, and that I’m a fool. Besides that, everything’s fuzzy.