Commaful
THE LETTERS I WROTE TO YOU 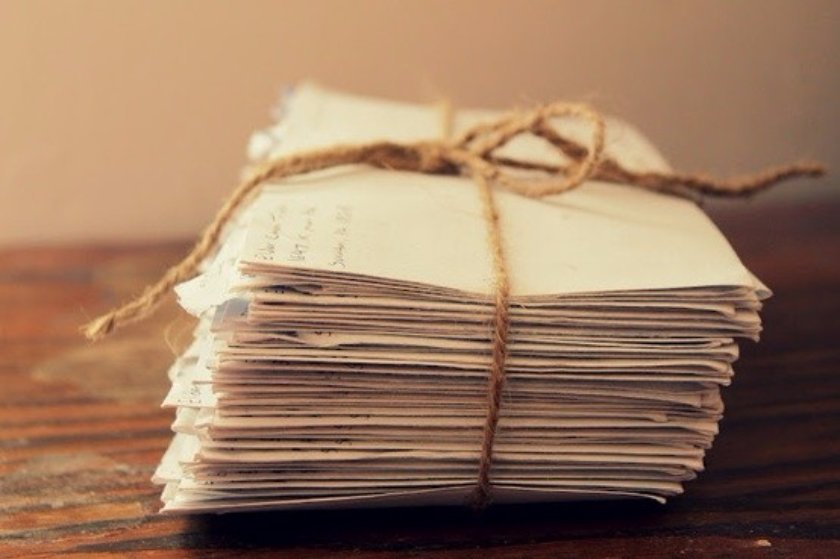 joyfall 221B Baker Street
Autoplay OFF   •   3 years ago
Transcript
I wrote a letter to you every week.
You never wrote back.
You couldn't because I never sent them.
feelings letterslovefeelings most romantic feelings storiesmost romantic letters storiesfunniest letters stories

THE LETTERS I WROTE TO YOU

It's New Years. I'm starting to find New Years trivial. It's literally just another day. Another day without you. Nothing has been the same since you left and I don't know how to feel anymore.

I forget a lot that you're gone and I almost call you before remembering. Sometimes it takes me looking through my contact list and not finding yours to realize that I can't call you anymore.

I miss you so much it hurts. It's like the pain finally hit me. It feels like I have a hole in me somewhere that I can't fill with anything. No one can fill that hole but you, and you're gone.

I can't stop thinking about all the things I shouldn't have said to you. Everything that I should've said. I'm starting to obsess over it and it's driving me crazy.

Maybe I am slowly going crazy. Avoiding other people probably doesn't help but I just want to be alone.

It's Valentines Day. I stayed home again because I knew that if I saw all the couples celebrating today, it would kill me because that used to be you and me.

I find myself resenting you sometimes and I'm scared. I don't want to resent you. I only want to remember how much I loved you. I hate that I want to hate you when it's not your fault.

My parents want me to go see a therapist. I said no. They gave me a choice but I can see in their eyes that it's hurting them to see me like this. It hurts me that they're suffering with me.

I'm sorry for any and all pain I ever caused you.

Everyone wants me to get over you. I'm afraid of getting over you. What if I forget what your face looks like? What your voice sounds like? Everything we did together?

The more I try to hold on to the memories the more they start to slip away. It's like hanging from a cliff and trying to grab at disintegrating ground. Only to find yourself falling.

I'm starting to forget what your hand felt like around mine and I'm scared to death. It hasn't even been half a year and all the details are starting to blur.

Nobody understands that I want to let go of you more than anyone else. The pain feels like a constant empty ache. Admittedly, the pain is somewhat duller, but it's constant. It never leaves.

It would've been our two year anniversary today. Your sister remembered and brought me flowers. Red chrysanthemums. She said that you always talked about giving them to me, but forgot every time.

Today I watched the clouds turn pink as the sun set and all I could think about was how I wish I appreciated them with you when you went on and on about how beautiful the sky was.

I had a nightmare yesterday. I dreamed of the night 'we' became 'I' and all the details are so much more vivid than any other memory I have of you.

Sometimes I wonder if it was my fault. The rational part tells me that there's no way I could've known but all I can think of is the 'what-if's.' I wonder if you blame me.

I actually had a conversation longer than a minute with someone today. According to my friend she was flirting with me but I don't see it. Maybe I'm just blind after you.

I talked to her again. Zoe. She's nice. I'm surprised she's still here. I told her I wasn't looking to get into anything and she only said, "I know." I wonder if that was supposed to make sense.

I think I can say that Zoe's a friend. She's the first person patient enough to hang around me and wait for me to open up in my own time. I wonder how long it'll be before she leaves me too.

Zoe took me to see the city lights. But the whole time I could only think of you. I told Zoe that it was unfair to her that I couldn't focus on her when we spent time together. She just smiled.

I reconnected with some of my old friends today and I realized that I missed them. It's nice, feeling like my life is starting to finally get back on track again.

I listened to our song today. I fully admit I cried. I wonder why people see crying as a weakness. It's like a vent for me. I feel better after - a lot lighter, like a weight's been lifted.

I went to the beach with Zoe. For the first time, I didn't spend the whole day thinking about you. I can't claim to have given her all my attention but I learned a lot about her today.

I watched fireworks with my parents today and thinking back to New Years I realized that I changed a lot in just a few months. Strangely enough, I didn't feel as sad as before. More nostalgic.

I drew for the first time since you left. It was surprisingly nice. I found myself drawing your eyes and as much as it hurt maybe it's about time that I come to terms with everything.

I asked Zoe why she stuck around when I had you as a ghost and she told me that it was because I looked like I was drowning. Drowning in all the aftermath of you. I don't know how to feel.

I'm don't think I'm drowning. Not anymore. Still struggling, but not entirely submerged. I'm starting to find hope in a lot more things and I think I'm going to be okay. I will be more than okay.

I told Zoe about you today. I wonder if it was too fast. I'm worried that I've scared her away. She didn't say a whole lot; she just listened. And really, it was enough. It was more than enough.

Zoe called me today. We talked until 3 in the morning. I crashed afterward, but I feel good. I finally got months worth of feeling off of my chest.

I managed to draw your entire face today. You have no idea how relieved I am of the fact that I still remember all of your features perfectly.

Remembering you and all the things we did together is like exploring galaxies in my head. All the endless beautiful memories - the only difference being that they are no longer forever expanding.

Today, I watched Zoe laugh, absolutely carefree and happy. I realized how beautiful she is for the first time. I wonder how I never noticed before.

Is it bad that I'm starting to feel things about Zoe? I can't pinpoint it exactly but I wonder if all of this is too fast. Is it fair of me to move on so fast?

Whenever I see Zoe all I can feel is a mixture of nervousness and guilt and I have no idea how I'm supposed to deal with this.

People say that you fall in love more than once. But it's not fair of me to feel things about Zoe when I still can't move on from you.

Part of me thinks that you would want me to move on from you. Screw convention pertaining to time. But the other part refuses to move on because it feels like betraying you.

I saw Zoe again today. All the guilt got pushed to the back of my mind, because holy crap, she takes my breath away.

Maybe it's not betraying you. Maybe it's okay to move on. I'm just afraid that I'm convincing myself of this just because I want to move on. Because loving you when you're gone is hell.

I know you really would want me to move on. Maybe I'm just afraid. Hell, I'm afraid of almost everything now.

I saw Zoe again today, and she yelled at me. She wanted to know why I was being 'weird' and she only got angrier when I started laughing. It was nice to be the one laughing for once.

Am I falling again? Am I going to be hurt at the end of this, just like last time?

Thinking back on it, if me getting hurt at the end of this means her happiness, I'd take that. Over. And. Over. She shouldn't have to go through what I did. Nobody should have to.

All of the pain would be worth it.

I'm falling. I'm falling too fast and way too hard, but somehow I don't regret it. I can't bring myself to.

I finally realized that it's okay to let you go. It took me a long time, but I think I needed that time to learn a lot of things. I've changed a lot in that time and that's a good thing.

Happy birthday, love. Thank you for all the memories, whether we were laughing together or yelling at each other. Your life was a blessing in mine and I will always be grateful for that.

I will always love you, even if it's not the same. I miss you, but I don't feel your absence like a sharp pain every waking moment.

Zoe asked me out today. It was the first time I've ever seen her nervous and she got angry when I could only grin at her like an idiot. I'm still grinning like an idiot.

It's Christmas today.For the first time, I didn't feel any guilt for being so happy. You would want me to be happy, and I've finally accepted that.

I swear I won't ever forget you.