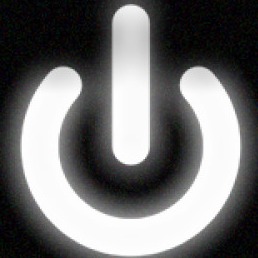 jennablack15 BaCk tO BlAcK
Autoplay OFF   •   3 years ago
Transcript
How far would you go for justice? Even if it was against family.
thriller love and hatenext top writer 2017patiencejusitcefamilyconflictpay backbrotherdarknesscondem

The cold air is a harsh reminder for me to remain on my mission. The dark grey building scares me, it’s as if it’s looming over me; as if I have done something wrong.

“Welcome to Atonement Penitentiary, please put your items in the tray and be ready for the frisking process ma’am.” She says to me with the most monotonous tone she could muster. I follow instructions hastily. Like I’ve always done.

It’s as if I experience tunnel vision and all the time in the world passes in a second. I find myself sitting at a grey table with the chair attached to the floor. It’s for protection; but I can’t help but wonder... who’s protection. Mine or his? I wouldn’t mind throwing a chair at him.

I saw him coming towards me, there’s a look of happiness; I feel ashamed of myself, giving him this luxury, but if I gave him a letter he’d have something to hold to, and he’ll never have a hold on me again. This was the better of the two options.

He sits down infront of me and gives a sigh of happiness and relief. “Hey so when’s mom paying bail?” This tells me all I have ever known. “She isn’t.” The look of happiness falls from his face and it almost stirs a smile on mine. A ghost of a smile.

“What do you mean? Mom would never leave me here. Mom does know I’m arrested right?” He says frantically. “She knows, but she doesn’t know that she can pay bail, and nor will she find out.” I say coolly. The look of anger is enough to split seas; to break the biggest of men, but not me. Not again.

“Nice try sis. She’ll find out and when she pays, I’ll be back at home where I’m meant to be.” He says smugly, almost threateningly. “It’s cute how you think she’ll find out. From where I’m sitting, literally, you can’t leave.” finally he realises what I mean and almost gets up, but reigns back. Not here. Not in public.

“You’re going to sentace an innocent man!” He callously says. “Don’t give me that B.S. I’m not mom; I can see through all the lies you’ve ever told.” He looks at me broodingly. Wanting to do something. Wishing he could.

I look him coldly in the eyes. “I’m going to go now. The only reason I came was out of courtesy. Get used to this interior with any luck you’ll have the next 14 years to get used to it...” I say this as if it’s nothing. I slowly get up and hold his eye.

“I’ve never done anything to you! This girl’s a liar!” He almost yells. I look at him with the most disgust I could muster; I slam myself back into my seat.

“You’ve taken everything away from me. Everyone loved you and that made you arrogant. You’re just to conceited to admit it.” He looks at me with pure rage. “I’ve done what’s right. You’re just ungrateful, always have been, always will be.

“Really, my whole future was spent so YOU could go and buy stupid crap on your next ‘girlfriend’. I had a place at a law school, I was going to leave and make something of myself. Now I’m reduced to being a cleaner in a high school. Watching everyone else go on and achieve their dreams. While I’m stuck here.”

“Just shut up, I had to step in when dad left. Everything was my responsibility, you’d know nothing of that. The stress I was under, I deserve a break.” He announces, as if he is trying to convince someone.

“What would you know about responsibility?” I rhetorically ask. “You didn’t hold down two jobs and still make the grades. It was me who payed for mom’s medical bill. Me. You didn’t sell half of what grandma left you, to feed their brother.That was me. Yet she still loves you.” I spit at him.

“Why are you defending a woman who isn’t your family?” He asks. “Your betraying family, that’s unforgivable. You think I’m bad at least I put Family first.” It’s truly insulting that I’m being beratted by a man who has no concept of what Family and sacrifice means.

“Because, I never got justice. She will though. You see, that night when you said you ‘gave a friendly shove’ and that she ‘hit the fireplace’ you didn’t count on one thing...Witnesses.”

I sharply inhale every bit of oxygen I can “You hurt her the same way you did me. The same weapon and all. We both have matching scars; yet she was luckier to be graced with the your ‘artwork’ on her arm... me? Whenever I look into a mirror I’m reminded.”

My fury had reached boiling point . “The worst thing? Mom didn’t care, she said to get back up and act if nothing happened.” He looked at me with distain. “I don’t care. You deserved it. Both of you.”

“I truly believe that. I’m nothing to anyone but that poor girl can never look at anyone the same way. She’ll never trust anyone ever again. You’ve ruined yet another life, congrats. The least this girl is entitled to is seeing you suffer, and I’ll help her with that.”

“I’ll get out of here, when I do you’ll be sorry. I’ll wring out your pathetic little neck and squash you. Then I’ll kill the girl.” He threatens. I just start to laugh, it’s absurd really. I don’t know why I’m laughing maybe it’s that he’s in such denial that it clouds his thoughts or if it’s the fact that the tables have turned. I have him dancing on my command.

“Listen here brother dearest, even though I gave up on my dream I still learnt a few things. I’ll make sure to drag you through the streets to reveal the filth that you are to the jury.” I slowly get up and turn my back then proceed to walk away.

“Justice. Get back here NOW!” He yells at me. Which no doubt has caught the attention of the guards. “JUST WAITJUSTICE.” He yells at me while he’s dragged away. What he doesn’t know is...

I have; and it was worth it.