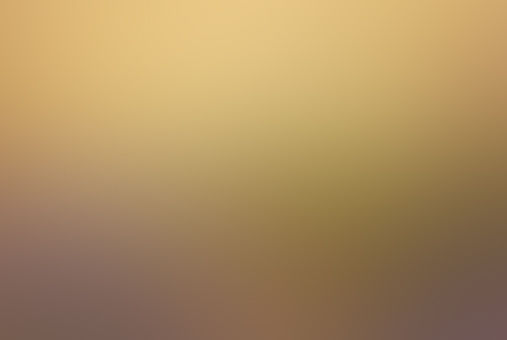 jayajakvenus Community member
Autoplay OFF   •   6 months ago
Transcript
In a place where the sun never shines, there lives a dragon. Beyond that dragon, is a long desert that lasts forever, as the stories say.
fiction first storyfirststory

This was the first of my okay stories, so I hope you enjoy it.

In a place where the sun never shines, there lives a dragon. Beyond that dragon, is a long desert that lasts forever, as the stories say. Then a long, slimy dark forest.

If you brave all of these terrors, you will find a battered sign that states DALEcUS STraiGHT AheAD-.

If you follow the signs, you will find the town of Dalecus, small but bright, while some parts of the kingdom are dark and dusty from... nobody knows.

Inside of that town, there is a small shack. Inside that shack, a small, unkempt girl steps out at the ring of a bell. She sighs and steps into the world that she lives and despises. Her name?

"Shocklette Ocasickly! You have a duty in the castle. Their Majesties are waiting for your service! They shall not wait any longer. ARE YOU LISTENING, GIRL?" shouted the royal butler.

Again and again, day after day, it was the same routine. Shocklette wished her life was different. All of the servants did.

"Ocasickly! Did you hear me?!" Shocklette let out a gasp of shock as she realized her name was being called.

"Yes sir," She muttered, embarrassed. The royal butler handed her a scroll with her instructions. Shocklette grabbed her broom and headed off into the castle up ahead.

The castle was far superior to her living quarters. It was a massive building of stone and sod. The bright sun was blocked by the giant, so all Shocklette saw was the castle.

"Another cloudy day. Like all other days here," Shocklette sighed. When she came up to the castle, she read the scroll the butler had given her.

This is what it said: "They are in the china room. Polish the fine china" Shocklette was already nervous about going into the castle, but the Royals in there too? Terrifying.

"It'll be over soon enough," she said out loud, trying to comfort herself. Slowly, Shocklette walked into the castle, unaware of what she would find in there.

"Ah. Little girl. Are you the servant we sent for?" The king boomed. Surprisingly, the king was the only one there. Shocklette nodded.

She was never one for eye contact, but the king obviously was. The king's flashing eyes met hers and she looked away quickly. As little as she did, she had seen enough of the king for one day.

"Servant," She looked up. He was smiling at her. "Get to works then." To Shocklette's surprise and dismay, the king stayed, smiling sickly at her every time she looked up.

She polished for hours until she threw in the towel for manual work and decided to use the magic she had inside her veins.

Shocklette concentrated hard on the vase she was supposed to be polishing. She moved her cloth slightly to touch the vase. Quickly, she looked up to make sure the king wasn't watching her.

Instead of watching, he examined himself in the mirror. In the small moment that she had looked at him, the vase was falling! She didn't mean to yell out but she did anyway.

In a second of panic, she picked the vase up with her magic.

Shocklette exhaled with relief until she noticed that the king was looking over her shoulder, his smile malicious, his insanity pure when he said,

"Come with me, servant."

Shocklette hadn't meant to show her magic. But after she did, she remembered her parents' old rule: Never show it. "Well," she thought "I definitely broke that one.

" She had let them down, wherever they were.

Shocklette's parents were magic too. She was very young when they had told her the rule, and she did not understand it.

Shocklette did now, that she had been found out and when they had abandoned their house. They had left nothing useful, but she had been using the clues to find them.

Practically all that was left was a rock, which Shocklette always carried around. Then, she was carted off to be a servant. Even so, Shocklette was still trying to locate them.

But they must mean something...

"SERVANT!!!! WAKE UP! YOUR TRIAL IS TODAY!!" The insane jester jeered. It was a (not) lovely way to wake up. Her trial for witchcraft was today and she had no defense.

No matter what, she wasn't going to be able to edge out of this. The king came into her chambers and sneered

The courtroom was just another room in the castle, but it was a whole new world to Shocklette. She had rarely been inside the castle. The king banging on a desk brought her back to earth.

"You, Shocklette Annette Ocosickly," He read. " are accused of witchcraft practices. You will go to the dungeons until we decide what to do with you, witch.

And if it is in my hands, which it is. I shall have you locked down there forever. Good day."

That was it. That was all.

It was a long walk down into the dungeons, but for Shocklette, it felt even longer. Her brain was thinking about nothing but her fate. Locked in. Forever.

Also the king's last words to her "Good day" How could she have a good day? She was so caught up in her thoughts that before she knew it she was being pushed into the dungeon.

The dungeon was a nasty place that stank of onions. There were piles of bones everywhere she looked. There were no windows, no means of escape at all.

ShockShocklelette sighed and sat down on the wood floor. With a gasp, she sat down on something that cracked.

With a horrible realization of what that was (mouse bones!), she made a mental note not to sit down. This was the end. She didn't have enough time to make an escape plan.

"Hey. Hey! HEY! " Schoclette awoke to someone yelling in her ear. It was someone with a large hose and small, green eyes... with a resemblance to the king and queen.

"No, no royalty is ever in the dungeons", Shocklette pondered. "Who are you?" she mumbled quietly.

"What?" the stranger called. "Who. Are. You?" Shocklette yelled. The stranger quickly clapped their hand over Shocklette's mouth. "Shh," it whispered. "Don't make any noise.

"Why does it matter to you?"

"Yeah, I know. Just call me Ally," Ally quickly said. "The Ally. You know like, an alliance?"

"Oh, good question! I am here to bring you food, Ally said excitedly.

"Gee, this girl talks fast", Shocklette thought to herself. I was true that Ally talked fast, but one thing wasn't clear...

"Why are you bringing me food? The king said nothing about food."

"Well, my father can be forceful..."Ally began.

There was a long silence.

"So, what did you bring?" Shocklette tried.

"Potatoes, jam, that sort of thing."

"Oh. Thanks, you know that right?"

"Yes. Do you want me to cut the potatoes up?" Before Shocklette could answer Ally was slicing up her potatoes. With....

"Why do you have a dagger?" Shocklette blurted.

"This? Oh, well, someone had to know," Ally said under her breath. "Yes, this is a dagger."

"I know I'm a princess! I know I have to stay in the castle! I know I'm supposed to love my life!" Ally yelled. "But, I'm not happy" she finished lamely.

"I want to leave the castle!" Ally shouted. "I want to travel!

"Easy there. I wish things were different for me too", Shocklette tried to comfort her. "You're not the only one who carries something around always.

I have this?" Shocklette showed Ally the rock with the message. "I think this means something, but I don't know what."

"Let me see", Ally demanded. "It says 'Rebirth Roc'". She stopped. "Oh no,'' she whispered. Ally quivered. "My father." And just like that Ally was gone.

(Rebirth Rock? What could that mean?) Shocklette pondered this for the long hours of the night until, suddenly, the answer came to her. She focused on her more powerful magic on the rock.

To her surprise, it started to glow. With a deep breath, she said "Mama and Papa". Slowly, very slowly, a shadow creeped out of the rock. "Shocklette", it whispered. "Follow us."

"Yes, Mama" Shocklette murmured. "I will."

"Throw the stone at the crack in the wall", the rock murmured. Then we will do the rest. Hide your magic. Don't let it show any more of your magic."

"I tried", Shocklette breathed. "But I failed."

Shocklette didn't want to throw and destroy the rock. It would mean her parents would actually be gone forever...

"Don't worry about us, dear", a male voice said. "Fend for yourself. You can do it."

Shocklette had made up her mind. She threw the rock without looking. It was too much for her to bear. Once she did, the most peculiar things happened. When the rock hit the wall, it stuck.

The rock moved around and... chewed out the wall to make a hole! Shocklette didn't know what to think.

Once a hole large enough for her to fit through had formed, the rock fell to the floor with a clatter. Shocklette was free.