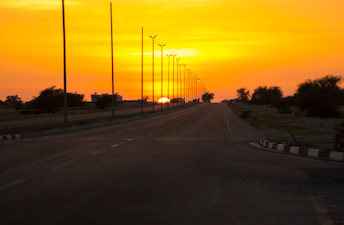 ivoryannalise It's okay, little crystalline shell.
Autoplay OFF   •   5 years ago
Transcript Use Images
Dreams are such frail things. They come and they go. They're forever shifting and churning. And they constantly make us wonder what is real and what is fantasy. So come. Make your guess. What is your answer?
funny picturescitydream-within-a-dreamspaceforestdreamswhat-is-real?multiple-dreamsfreestyle funniest freestyle storiesmost romantic freestyle storiesfunniest space storiesfunniest forest stories

I traveled down the forest path.

My breaths came in short gasps and my heart thundered in my ears. The smell of the forest was alive in my lungs as it surrounded me in its musky scent.

But then I had to come back to reality.

This dirt trail would eventually trickle off into a harsh concrete street, and I would be forced to go about my rather boring day.

I felt the blissful mists that came with the dawning of a new day ghosting across my skin. The plant life was heavy with this morning dew.

I was so entranced within my thoughts that I didn't realize

night had fallen until I glanced up. My run tapered off into a slow walk as I assessed my surroundings. The path no longer ended at the busy street, instead, I saw a wooden cabin far ahead.

But then I blinked, and that dream was long gone.

I was at a train depot, one of my favorite places to watch the sun rise. I must have wondered here during my dreamlike state. I closed my eyes for a second and just listened to the awakening city

tang of dewy grass. My eyes fluttered open on their own accord and were met with the astounding sight of a fresh forest. So my dreams were holding on with tightly clenched fists.

I decided to explore this place, weary of the real world...

I lived in just on the other side of this hallucination. I came to a rather odd looking lake. It's surface steamed as if it was almost boiling. But the air surrounding it was surreal and calming

The surface rippled as a small creature peaked its head out

Its small scaly face stared up at me with open curiosity. Then its small tongue slithered out and licked me right on the tip of my nose. Maybe I tasted yummy?

But like all dreams, this one had to come to an end.

The blasting of a rocket startled me from my chair. I had once again fallen asleep at my post. I would surely be fired if this didn't stop soon. Mission Control couldn't run itself.