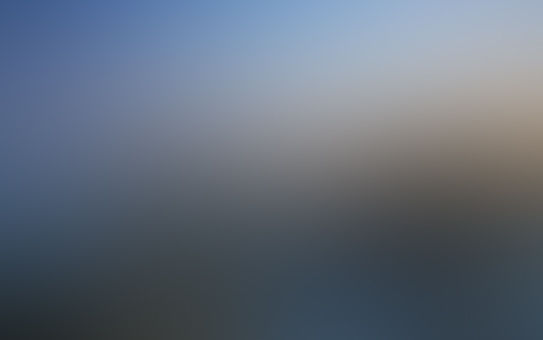 isaacopara Community member
Autoplay OFF   •   2 months ago
Transcript Use Images
Malaysia - 1130 AD I have been back on earth for a while now. Searching for answers. For Micheal and Lucifer. My enquiries led me to a small mountain village in eastern Malaysia.
fiction tennovelpart - 20fictiondark lightisaac opara

I have been back on earth for a while now. Searching for answers. For Micheal and Lucifer. My enquiries led me to a small mountain village in eastern Malaysia.

Somewhere between the coast and mount Korbu.

The mountain range was perilous and the village well hidden in the vast forests leading up to the mount. It was a beautiful place, the villagers a kind and happy people.

Wholly devoted to their beliefs in the gods and spirituality.

It had come to my attention that the T'auri still had men stationed on earth after all this time. I also passed a hidden T'auri watch post on the way into the system.

Luckily my ship had a cloak and I used it to hide in the trail of a passing meteor. I should not have been detected.

The only trouble now was not getting spotted here on earth. I had to find a way to mask my energy signature which still had T'auri scientists baffled.

If they detected that signature here, they would know where I was. It would be as clear as the lights on a Christmas tree.

If the exarch found out why I'd come back -that I suspected the cause of the cosmic rifts originated here- he might destroy the planet completely. I couldn't risk putting the earth at peril.

The law of creation states that when two perfectly opposite forces collide with enough energy. Creation occurs. It happens today in your particle accelerators. Just on a much much smaller scale.

In the beginning, our universe was created when darkness and light met. As the giant star in the centre was born in the darkness and the shockwave spread spherically out from it.

The interaction between the two created ordered space. It is my belief that in their battle. The Herald Micheal and Lucifer the light bearer were acting as perfect polar opposites.

The amount of energy those two were channeling was so massive it could literally be seen by the naked eye.

A feat that to this day remains unique unto itself. Their collision created forces that haven't been witnessed since the beginning of time. I know. I was there.

It seems only fitting that the very forces used to create the universe could serve to be its undoing. If what I theorise is correct then together they caused a cosmic event.

A sort of earthquake in the very fabric of reality. Sundering the universe itself with giant fissures and tears.

Over a thousand years they have become noticeably larger and may eventually threaten the integrity of the universe itself if left unchecked. My mission here is important.

I must find Lucifer and Micheal, they hold the key to our survival.

The steps leading up to wise seers hut in the village were badly in need of maintenance. They had cracks and chunks missing in each one. The surrounding foliage was of the tropical sort.

The old seers hut was at the top of the crumbling steps. Made of bamboo and straw and leaves interwoven expertly. Smoke issued from the hole in the roof.

The pungent smell off something burning filled my nostrils.

"Hello?" I called, halting my approach outside the hut. I needed to be respectful. I needed this mans help.

No response at first. Then eventually...

He was asking who I was. I followed the transition to Malay to show my respect.

"What kind of name is ten?" He shot back in perfect English.

I stood there a moment not knowing how to respond. Then he said

I removed my filthy boots and left them outside. Entering the hut I strained to see in the dim light. It took a few moments for my eyes to readjust.

The space inside was circular. Totally sparse, there was no bed no shelves, no decor of any sort.

The only item noticeable to my eye was a pot of something that was being heated by small coals underneath in the centre of the room.

It was covered but giving off wisps of smoke around the edges of the lid.

The old man sat cross legged, with his eyes closed near one wall. He appeared to be meditating. His whole body was covered in tattoos and brands.

In silence I sat cross legged opposite him. The smouldering pot between us in the centre of the small room.

"I must find Micheal and Lucifer"

He paused a moment seemingly deep in thought. Then said

"Your answers lie in the spirit realm...Leave an offering of gold"

I was ready for this, the villagers down below had warned me I would need an offering. Luckily my ring was solid gold. It also contained a gemstone not of earth.

The ring was expensive and I was curious about this man, he seemed more than what he appeared to be. I took off the ring and threw it toward him.

His arm whipped up and he caught the ring perfectly. Eyes still closed. As I thought there's more to him than meets the eye.

I did as he asked, taking the lid off, I raised the pot to my nostrils and drew in a deep breath of its fumes. Immediately feeling drowsy I slumped over and lost consciousness.

Coming back round, I could see the old man still sitting cross legged on the floor. Except he didn't look old. In fact he looked young, vibrant, strong, with a blueish hue to his skin tone.

He was chanting something. I could also see my own body lying unconscious opposite the man. I had entered the astral plane.

I thanked the man kindly who didn't respond in any way. Just kept swaying in a circular motion and chanting. I left the hut and looked down at the village. It was a beautiful city made of light.

I quickly made my way down towards it.