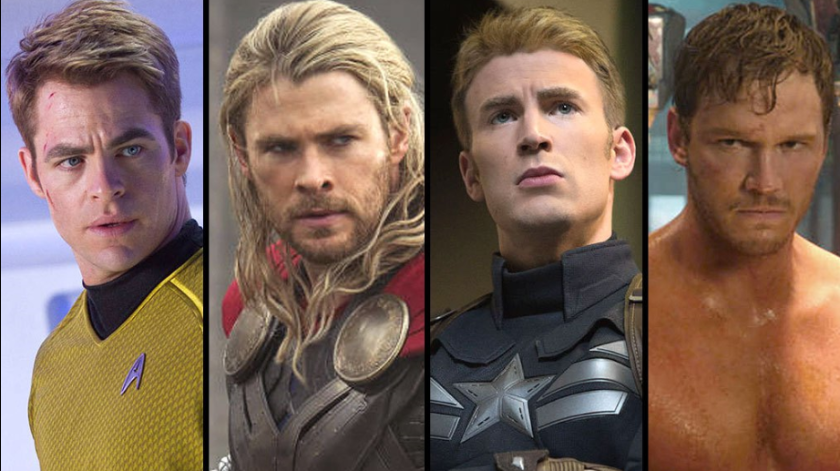 inkspotz Fanfiction.net and Wattpad writer
Autoplay OFF   •   3 years ago
Transcript
Answers the most important question: Where did all the Chris' in Hollywood come from? (Mock Fairy Tale)
funny fairytaleshortstorybash17humormarvel funniest marvel storiessaddest marvel stories

Once upon a time, in a land far, far away was the land of Chris'. This was a land where all people with the name of Chris coexist. All had their special talents that made the land strong.

Every Chris, no matter how different, always managed to get along.

Chris Evans was the logical one. With his sharpened wits, he was always able to find his way out of any situation he deemed troubling.

This included such things as his occupation at Uncle Jim's Dairy Barn. He always found the best way to get the job done.

His hair could withstand any temperature; the 'blonde beauty' of the land was ready for any weather. The secret to his golden locks: twelve large cups of coffee that were steaming hot.

Chris Pine was the impulsive one. Wanting to outsmart everyone and have the last laugh, he would use his dazzling blue eyes to see right through things in no time flat.

He'd use this enhanced eyesight to make bets that would allow him the ability to have the upper hand. He always boasted that he could best any Chris in the land.

Chris Pratt was what you could almost call a brat. He was a fool, and was gifted in getting even the hardest of hearts to laugh or crack a smile.

He was able to weasel his way out of many situations, including work (but he only did that every once in a while).

One sunny day, Chris Hemsworth was on his way to work at Uncle Jim's Dairy Barn when he noticed Chris Pine trying to bet against someone again over the contents of a box.

He knew from the distance he was at that Pine was using his eyesight powers to come out on top.

Coming closer, Chris Hemsworth unfurled his golden locks, forming them into a solid shield about the box.

Chris Pine could no longer see the contents inside and Chris the Irish leprechaun left happily with his pot of gold.

Chris Pine sulked over his lost riches, looking as if he were about to cry.

Chris Hemsworth tried to lift the spirits of Pine, not being able to until they bumped into Pratt the brat outside Uncle Jim's Dairy Barn.

One knock-knock joke, along with a few wise cracks, brought the Pine that they knew and loved back.

“Goldie locks, Pine Tree, and Pratty brat, put your laughs away. The ice cream is melting, the lines are long...I can't do this by myself all day."

Evans' poetry caused another laugh to erupt through the group. Pratt entered the back of the truck as he remarked, “I didn't know we had entered a book from Dr. Seuss.”

Chris Evans looked at the sky with a wistful look as he sloshed on another scoop, handing it to the half tipsy Chris on the stoop.

“Maybe, just maybe, we can be free of this and be who we want to be, outside this Chris filled land.”

“It would certainly be nice to stop being confused,” Hemsworth said as he tied his apron about him. “It's near impossible to get my coffee order some days with so many Chris' in the queue.”

“Perhaps you ought to stop drinking coffee,” suggested Pratt.

Hemsworth looked shocked. “You know there won't be a day that ever comes to that.”

“Lets make a break for it,” suggested Evans. “Try to get free of this place then. Make a name for ourselves and finally break out of this prison.”

“I'm in,” shouted Hemsworth, Pine, and Pratt too. The dynamic quartet was all ready to do what they had to do.

After their shift at Uncle Jim's Dairy bar, they made their break under the cover of night. Evans knew their only problem would be the security guards, who might notice their flight.

Entering a field that was lit by the moon, they decided to send Pine ahead since he'd be able to protect them from any sort of doom.

Pine led the way through the thickly grown field; a tall pointed gate looming ahead.

At the base of the gate, guards were stationed with guns hoisted over their shoulders and 'Chris Patrol' hats on their head.

“There are guards there that remain alert,” whispered Pine as he snuck back towards the group. “Pratt it's your turn to work your magic. Time to make them confused.”

Boldly marching out towards the guarded gate, Pratt put his charms to work.

Soon the guards were laughing and putting their weapons down while the three remaining Chris quickly made their way towards the gate that was keeping them contained on these grounds.

Chris Evans tinkered with the lock mechanism for a bit while Pine and Hemsworth stood watch. Hemsworth was drinking a cup of coffee in case he needed to use his golden locks.

Soon enough, Hemsworth had to put his hair to use. Throwing the cup down and undoing his hair, he shook it out; his golden hair shimmering and fair.

It was soon a shield about them, protecting them from harm since Pratt's jokes seemed to be fading and Evans was still trying to get his job done.

The lock soon released and the gates swung back. They all made a break for it, running super fast.

With their legs moving a mile a minute, or so it would seem, they slipped past the black bars of the gate and were free.

The four turned to look at each other with glee as the guards got further and further behind. “We made it!” they all shouted. “Now we can finally be someone!”

Now the Chris' of this tale live in our world today. They have made a name for themselves, and it is here that they feel safe.

They may be known nowadays as the Chris' of Hollywood, but they are all special on their own and putting their talents to use here, they now find this home.