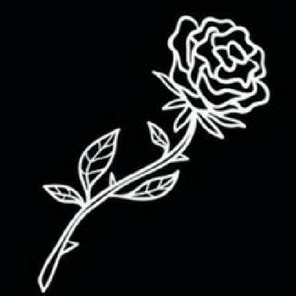 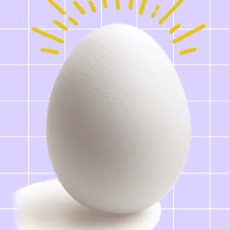 Phil Lester, you, you little bastard, have done it again.

I'm writing you from the train, which I will get off soon to climb onto a plane. Plane, train, it rhymes, doesn't it? Anyway, I had to put off the video with Tyler.

That's fine, though, I just want to make sure you're safe. All's well here, of course.

I'm not the one who got himself in a car accident, now, am I?

Seems perfectly logical that you did, and as soon as I left the house, too! God, I feel like an ass for not being able to know sooner, but how could I, what with my phone off for the flight?

Your mother says it's not too bad, but to hurry, so hurry I will. We both know that when she wants something, she gets it, you best of all.

I still don't know the whole story, but according to your brother you don't either. Memory loss, I guess. More than usual.

All I know is that you were driving me to the airport, left, than got hit somewhere on the way home. Thank God you weren't hit harder, Mr. Phillip.

I don't think I could live with myself if you had died.

These rides are lonely. Not many people ride the train at night, and though a few fans have come up it was only for a short while. I feel lonely without you here, to be honest.

It kind of makes me think of that lyric, Fall Out Boy or Panic! At The Disco or one of those. "Best friends, ex friends 'till the end." You know how it goes. I don't know why, to be honest.

I mean, sure, sometimes you tend to get just a tad bit obsessed with your winning streak or a smidgen obsessed and overprotective with Dil, but only sometimes.

(I'm joking, of course) Your mother sent me a picture of you. You aren't looking too good right now. Kind of nasty, face torn up and stuff. Your eyes...

slightly unsettling, to see how unfocused they were. To be honest, more than slightly. They were so foggy and glassy. It scared me a little.

But you'll be fine, right? You survived the plague, or at least that cold. You'll survive this.

p.s.-I'll get you some cereal because apparently you don't like the hospital food. Needy little shit.

Your mother just texted me. Apparently you went into surgery an hour ago. Your heart stopped.

Why, Phil, do you have to scare me like that? I was just Skyping her when the beeping started and everyone was going absolutely insane, including me.

One of the train attendants came into my compartment to see that I wasn't have a seizure. God, mate, don't scare me like that, you hear? Just. Don't.

Anyways, so the surgery is supposed to be over in a while. Half an hour or so. Not that I'm keeping track. Obviously. I am completely worried about you right now.

Every part of me is worrying, it's honestly worse than an existential crisis. I've never been worse, but then again writing that won't get you any better.

I guess you never realize how much you love someone until you're about to lose them. Well, I love you, Phil. Even though you'll never know it. Have a good surgery. I'll see you in a few hours.

You were still in surgery when I arrived. Now you're out, and also out cold. The heart monitor is beeping fairly shakily. Your mother lied when she said you were completely fine.

You are not fine. You look like death. Scary death. I mean, you're pale normally, but there's no color. None. I think they're doing some blood transplants in an hour.

A nice nurse came in a few minutes ago. Well, I thought she was nice until she gave me the lay-down. The big news. The problematic prob-laymo.

I think she might've just been preparing me, though. For, you know. But you'll be fine, like always. Your heart monitor is going a little crazy, now. I think I shoul

The hospital, with its blank, white washed walls, was such a desolate place. I pushed the Help button (which was red. Color, thank God.)

(I never thought I'd say that) and a nurse walked in, stride quick. "How can I-" she started.

The nurse took in Phil, his pale face, the heart monitor, now beeping manically, and me, sitting there casually. She ran to the hallway, yelling for a doctor.

Ones that I knew better than anything, ones I had seen every day for the last seven years and didn't want to live a day without.

And yet, if the person behind them came without the eyes I would be happy still.

But I knew I wouldn't have either. My friend's breathing was labored as he reached for my hand, giving it a weak squeeze. "How," Phil coughed, blood dribbling from his mouth.

I grimaced and wiped it away with the hospital blanket, leaving a smear of red. The situation hit me hard, then. I set down the notebook with its letters that I never sent.

My heart thumped as wildly as Phil's, feeling like it was going to burst out of my throat. Something hot pricked behind my eyes.

"How bad?" He asked, hand falling limply by his side.

I didn't answer, wiping away my hot tears. Never again would there be a philisnotonfire. No more baking videos. No more DanAndPhilCrafts.

The only remaining reminder would be the Phanfictions; and even those couldn't quite match up to the memories. Ones we had made, together. Ones I shouldn't have to remember all alone.

I leaned forward and wrapped Phil in a hug.

The nurse was still gone. It hadn't been long, not really. Only a few minutes.

But our entire universe was made in a matter of minutes. The sun's rays, from one hundred fifty million kilometers, only take eight minutes to reach Earth. And people are gone within a second.

Phil was no exception. By the time I pulled away, he was gone.

My universe, my light, was gone.