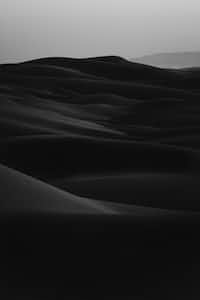 hanji My girlfriend is a dragon 🐉🏳️‍🌈
Autoplay OFF   •   2 months ago
Transcript Use Images
BY Socially_Awkward_Turtle https://archiveofourown.o...

Hoseok was at the practice room with his best friend and crush, Mariah, who agreed to help with his new choreography. She was a dancer just as he was which was how they met.

He went to her dance studio and took some classes and the next thing he knew, they were always together.

Mariah was dressed in a turtleneck shirt and jeans as the winter weather was insane. She regretted not bringing a change of clothes that she would be comfortable dancing in.

The heat of their bodies was suffocating. She grabbed the top of her turtleneck and fanned her face with it. She sucked down her water and jumped up, "Alright" she clapped, "Break over."

Hoseok groaned as he stood, "How many more times until we call it a break?"

Mariah placed her fingers under her chin, "Let's stop once we can get to the first chorus perfectly. Remember, even if we mess up, we will go through the whole song before we redo it.

" Mariah looked in the mirror to catch Hoseok's nod. She hit the play button and got into position before they started dancing.

After the third time, Mariah felt dizzy. She crouched for a bit to try to refocus. She felt like she was on fire. She took a deep breath, "Alright, one more time."

Hoseok noticed her ill expression, "Are you sure? You don't look good."

Mariah waved it off, "I'm just sore." She played the song once more and got prepared to dance.

"Mariah, hey! Mariah!" She woke to the feeling of a cold water bottle pressed to her face. She slowly opened her eyes and noticed her upper body was supported by Hoseok's body.

"Can you stand?" She nodded and he helped her on her feet only for her knees to buck. He caught her before she fell and he picked her up, "I called a taxi, I'll take you to the hospital.

Once at the hospital it was determined due to the excess heat and the tight turtleneck shirt, Mariah had overheated and fainted. When the doctor left, Hoseok broke down.

He held her hand as guilt overtook him, "I should have paid more attention you how you were feeling. I'm sorry." He wouldn't listen to anything Mariah had to say about the blame.

He would accept it was his fault.

Isabella knew dating a celebrity would be hard. It would be especially hard since her boyfriend was Jimin from BTS. She knew she was just asking for hate when it happened.

For one, she was a foreigner who could only speak Korean, but not an actual Korean which set some off.

Another thing was her looks, the amount of hate the poured out was mainly targeted towards her looks. She was flat-chested and many poked fun at her non-feminine appearance.

Though she told Jimin the backlash didn't hurt her, she suffered. She didn't want to break up with Jimin, but at the same time, the amount of hate she received was unbearable.

It was so bad, she began to believe it.

Isabella began to shut down. She privatized all her social media accounts through the hate continued from those who already followed her.

She couldn't look in the mirror without hearing the words she had spent hours reading on her comments. It got to the point she didn't want to even look at her reflection.

She began cutting out food to lose weight and she worked out more and more.

Jimin noticed something was wrong, but he was so busy with promotions he didn't have time to stop by and check on his girlfriend.

However, he talked to Yoongi and Namjoon about it and they also began to suspect that Isabella was more affected by the fans than she let on. Namjoon insisted that Jimin went to check on her.

It was easier to lie on the phone and through text than it was in person.

He didn't need to be told twice as he bolted to her apartment. He ran her doorbell repeatedly insistent to get her to answer the door.

He heard the deadlock unlock and the door opened at a snail's pace. Isabella looked terrible. She was wrapped in a blanket, eyes dark and almost lifeless, and her cheeks were stained with tears.

"Bella... What did you do?" Were the only words that seemed to run through Jimin's head as he looked at her. She looked up at him before her eyes rolled back and she toppled over.

Jimin caught her out of an internal instinct and picked her up. He took her to bed then called Namjoon in tears.

Namjoon told him that he would talk to their managers to give Jimin time off and told Jimin to stay with Isabella. Once off the phone, he left the house with her keys to get her some groceries.

As he was out, he tried to calm himself. He was filled with different emotions at once. He was pissed at Isabella for hurting herself like she did and he was mad that he didn't see it.

He was also upset that his fans could be so hurtful.

He returned to her apartment and made her a quick meal and waited for her to wake up.

When she did wake, he wouldn't say anything as he placed the food in front of her and watched Isabella scarf it down like a starved dog. It wasn't until after she ate that he finally speaks.

His anger resonated in his voice, "What the hell were you thinking not eating like that?

You know you could have been seriously hurt if you fell when I wasn't here! Why would you be so irresponsible?" He growled. She broke into tears before she explained everything.

Afterward, Jimin would not leave her side and he went through the company to release an official statement that they would press charges if the harassment continued.

Amberlea was invited as her best friend, Taehyung's, plus one to a company party. At first, she had declined as she was not a party person. She didn't like them.

The loud music and crowds of people always left her anxious.

However, with Taehyung's puppy dog eyes pleading with her, it was hard for her to stand her ground against him, and like she often did, she caved in and agreed.

It was the Saturday of the party and much to Amberlea's frustration, she was called into work.

She had planned to spend the day at home preparing herself for the party, but instead, she was at work fixing up her coworker's mistakes.

What was worse is that being a diabetic, she needed to snack and eat through the day so her blood glucose level wasn't low,

but due to the time crunch she took the risk and decided to wait for the party to grab a bite to eat.

She got out of work an hour before the party and she rushed home to get ready before Taehyung swung by to pick her up. At the party, just as she predicted, she froze.

The environment was loud and crazy it made her heart skip beats. Taehyung left her side to go greet a friend when her low blood pressure caught up with her.

It had only been minutes after she entered the party when she felt flush, objects and people began to blur, and a sharp headache were her signs that her levels were excessively low.

She sought out the food table to find something to ease the dizziness, but after a few steps, she fell to the ground not hearing Tae shouting her name.

He rushed to her side and shuffled through her purse to find her blood glucose meter.

Jimin rushed over with Seokjin, "Call for an ambulance!" Taehyung barked as he pricked her finger with her meter. When he saw a 65 flash on the meter, he was beyond panicked.

"Tell them there's a diabetic with a reading of 65!" He rushed out.

When the ambulance arrived, Taehyung refused to leave Amberlea's side and he was allowed inside. He relayed her medical background to the EMT as they started her on an IV.

He didn't take his eyes off his best friend as he silently prayed for her to be okay.

Amberlea woke up to find herself in a hospital bed. Her headaches were gone and she didn't feel the pain. "You awake?" Taehyung mumbled.

She looked over at him and he looked back with a serious expression. "You could have been in serious danger.

You're a diabetic for crying out loud! You need to take extra care of yourself!" He was angry because of her carelessness and this experience would be a constant reminder of his fear.

He knew it was a one-time thing, but whenever she overworked, he would worry about her and would call or text to check on her.