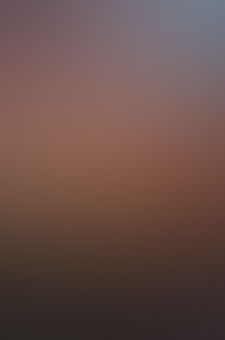 halojones06 Stuff for different fandoms.
Autoplay OFF   •   7 months ago
Transcript Use Images
Descriptions for my wings of fire OC’s
wofwings of firewof oc

AN: I’m now part of this group called the C.D.U. The commaful dragon users. This is a description of my OC. AN: this one is several days after this was first posted. I have added several more OC’s, and might make more. I’ve made them all orphans, so that i could make it to where they have nowhere to go, so that the either A) have to go to jade mountain academ, or B) somewhere else.

Descriptions: a mud-wing in looks, and the only things keeping him from being a mudwing are the 2 long fangs for the magic death spit, and his color changing scales. Eye’s are a piercing yellow. Personality: a mix of clay’s personality and tsunami’s personality, he’s always hungry in a funny way, doesn’t like hurting people, but will fight to defend others. He’s also like kinkajou, but toned down a lot.

Likes: yummy food, his friends, reading, flying, sleeping in fires, wallowing in mud, pranking his friends, also pranking his enemy’s, and scavengers (he thinks that they’re cool.) Dislikes: yucky food, his enemy’s, required reading, school, the cold, and really tight spaces (as in, places so tight that you can’t lift your wings. The halls at jade mountain are the smallest he can handle.)

Family: orphan. Never knew his dad (his rainwing half) and his mom died in the war for sandwing succession. Nickname: mud

Personality: a mix of tsunami and sunny. He try’s to find a peaceful solution, but if that doesn’t work, he will fight. Likes: his friends, playing pranks, scrolls, school, embarrassing the dragonets of destiny. Dislikes: having to calm mudforest down.

Family: orphan. Both parents killed. Father (nightwing half) was the stuffed nightwing in burns tower, mother died fighting in the war on blister’s side. Nickname: gazer

I will be writing a story about how they meet, so that pearlkeeper and the other members of the C. D. U can see what their like. Also, i made nightgazer, because, he’s like moon, where mudforest is like Kinkajou, so mudforest needs someone to keep him out of trouble.

Lol, 3rd OC: dust cloud Tribe: sandwing/sky wing hybrid. Age: 5 Gender: male Powers: none Description: sandwing in looks, but with red scales. Venomous tail barb Personality: like peril’s, but toned down a little. Likes: being by himself. (And his few friends, like mudforest, nightgazer, and whoever else comes next Dislikes: other dragons, because he hates everyone, except for whoever he ends up falling in love with, if he does.

Dislikes: other dragons, because he hates everyone, except for his friends. Family: orphan (I really like making orphans, don’t I? Mwahahaha, I make my characters go through so much loss.) father (sky-wing half) fought and died during war for sandwing succession. Mother (sandwing half) was killed by a sea-wing soldier in a battle with burns forces. Nickname: dust.

4th OC: sky-wave Species: sea-wing/sky-wing mix. Age: 6 Gender: female Powers: none, besides standard sea-wing and sky-wing stuff. Description: looks like a sea-green sky-wing. Deep green eyes. Personality: starflight and tsunami rolled into one. She’s smart, and a good fighter. She will defend his friends with her life.

Likes: scrolls, maps, and her friends. Dislikes: having to repeat what she said. Family: orphan, only because she never met either of her parents. Nickname: none. She prefers her real name.

Nickname: doesn’t have one, keeps to herself.